Indian shooter Tejaswini Sawant, on Saturday, secured the country’s 12th shooting quota for the 2020 Tokyo Olympics after she qualified for the finals of women’s 50m Rifle Three Positions event at the ongoing Asian Shooting Championship in Doha, Qatar.

Daughter of an officer in Indian Navy, Tejaswini at the 2006, 2010, and 2018 Commonwealth Games, winning three gold medals, three silver medals and one bronze medal for the country. She has also won one World Cup bronze in 2009 and one World Championship gold in 2010 but she has never represented India at the Olympics yet.

In Saturday’s event, there were three Olympic quotas on offer. With five of the eight finalists in the event having already booked a spot in Tokyo, Tejaswini bagged one of the quotas up for grabs in Doha. In the qualification round, the 39-year-old pro scored 1171-58x to finish 5th.

Among the finalists, Shi Mengyao and Zhao Ruozhu of China, Bae Sang Heetwo and Lee Eunseo of Korea and Oyunbat Yesugen of Mongolia had already made the cut for Olympics in one event or the other.

There was some late drama regarding Tejaswini’s Olympic qualification. At one point, it looked like she might have to fight it out again in the final to secure the all-important spot. However, Oyunbat Yesugen finished strongly to enter the final as the eighth-ranked shooter.

The Mongolian shooter’s performance meant that the rest of the three shooters in the final would get direct entries to the women’s 50m Rifle Three Positions event in Tokyo. 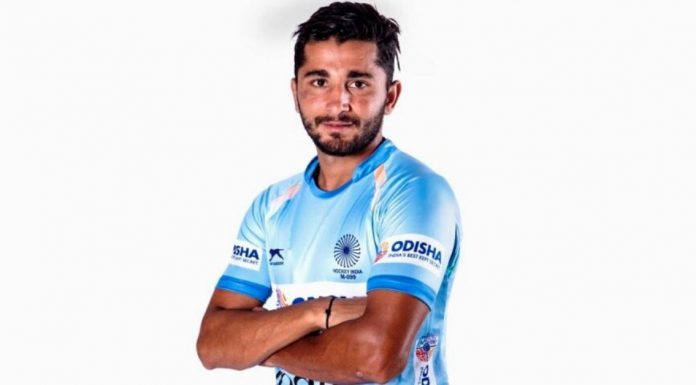 Team Bridge - Modified date: June 29, 2020
Coming from a family that was far too familiar with hockey, Mandeep Mor's first choice was surprisingly not hockey but it was boxing. "Though my cousin brother Pardeep Mor played for the Indian Team, and my uncles had also played hockey at the national...
Read more