Parul Parmar, who was diagnosed with polio at a young age, with grit and determination she rose to the top of world para-badminton 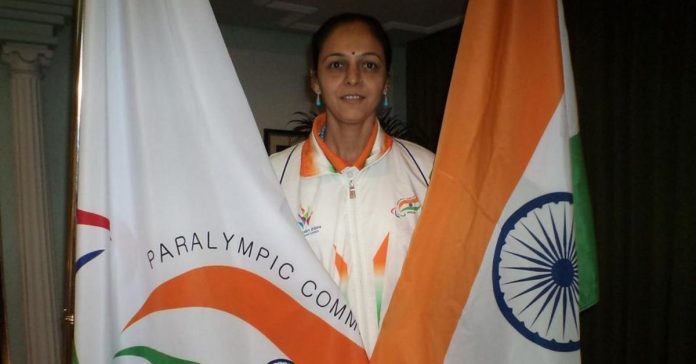 Parul Parmar, who was diagnosed with polio at a young age, incurred a serious injury when she was three years old, but with grit and determination she rose to the top of world para-badminton. The 47-year-old speaks about how she overcame her disability to become a BWF Para-Badminton World Championships Gold medallist, in the seventh episode of “The Finish Line”, hosted by Asian Games Gold medallist squash player Saurav Ghosal.

The show, which was launched on 28 August 2020 with India’s only individual Olympic Gold medallist Abhinav Bindra as its first guest, is conceptualized and produced by India’s leading sports marketing firm, Baseline Ventures. “The Finish Line” is being presented by Induslnd Bank and is powered by Muse Wearables.

During the seventh episode, Parmar delves into how taking up badminton helped her deal with a serious injury she incurred at a young age.

“When I was three years old, I got to know that I was afflicted with polio in my right leg. A few months later I fell down from a swing at home and fractured my collar bone and right leg. Thereafter, my entire body was plastered. Once the plaster was removed, the doctor told me and my family that I should exercise as much as possible. My father used to play badminton at a gymkhana in Gandhinagar and therefore my mother decided that even I should go to the gymkhana along with my father so that I will get the belief that even I can play the sport and carry out regular exercise,” said Parmar.

The Arjuna Awardee, who won both, singles and doubles at the BWF Para-Badminton World Championships in 2017, spoke about the only thing she always felt pressured by.

“I always felt the pressure whenever I have been sponsored by a company or anybody else. After going into a tournament after being sponsored by somebody, I always felt the pressure of delivering results for the sponsors. When I took part in tournaments through my own funds, then I didn’t get tensed about losing. I always wanted to give back something to the sponsors through my results,” said the badminton player. Press Trust of India - Modified date: October 19, 2020
The FMSCI Indian National Rally Championship 2020 will see a strong Japanese presence with tyre major Yokohama making a comeback into the country's premier motorsport championship. Yokohama, which has made its presence felt across the Indian market over the last decade will once again...
Read more