Sports Minister Kiren Rijiju on Saturday said they will continue to offer financial help to the needy former sportspersons since they deserve “respect and dignity” for the dedication with which they served the country. The ministry has been providing financial assistance to former athletes like 1998 Bangkok Asian Games gold medallist boxer Dingko Singh in their times of crisis. “I feel very said when former athletes don’t have money for their medical treatment or their living condition is very bad. So, as far as possible we try to provide financial help to all the past and present sportspersons,” he said at a virtual farewell of former athletics chief coach Bahadur Singh.

“There are a lot of athletes who win medals and achieve success and their commercial value is high. And there are also a lot of athletes who dedicated their lives for country’s sport but for some reason could not achieve success. They are forgotten by the society. So, we will continue to provide financial assistance to all those sports persons who have represented the country in international events but currently facing financial problems in life.” He said his ministry gives utmost importance to the athletes. “The athletes should be given respect and dignity at every level of the society. If we are not doing that, we are giving a wrong message. I feel very sad when athletes are not given respect and dignity.”

My salute to legendary Shot Putter Bahadur Singh ji who retired as Chief Coach of Indian Athletics. Between 1973-85 he won 3 Gold, 2 Silver, 3 Bronze at Asian Games & Asian Championships and reached finals at 1980 Moscow Olympics. He played for 2 decades & coached for 3 decades! pic.twitter.com/ofiHeWBxH3

Bahadur Singh quit as athletics chief coach on June 30 in accordance with the ministry guidelines that do not allow people above 70 years of age in coaching staff at national camps. Singh lauded the entire Indian athletics fraternity for its collective efforts in producing medal-winning athletes. “If India has risen to be a leading nation in Asian athletics, it is because of one man but because of team-work by athletes, coaches, the Athletics Federation of India, SAI, Sports Ministry,” he said. “But if our schools let our children play sport and give them the facilities, India can be a world power.”

Singh also pointed out that India sorely missed an indoor training facility. “We spend a lot of money in sending our athletes overseas when the climate at home does not permit training. India badly needs an indoor facility,” he said. Rijiju described Singh as an “iconic figure” in Indian sports and said his retirement will mark the “end of an era”. “Two decades as a top athlete, winning gold medals in the Asians Games and other international events (in shot put), and then nearly three decades as a coach is something difficult to match. You will continue to inspire the Indian sporting fraternity in future also,” the minister said. “The athletes will try to emulate you and we need to find many more Bahadur Singhs in the years to come.”

Indian Olympic Association President Narinder Batra described Singh as a distinguished personality in Indian sports. “Bahadur ji has helped develop a culture in the AFI and I hope the athletes will emulate him,” Batra said. South Asian Athletics Federation President Lalit Bhanot said the AFI will continue to use Singh’s services in various capacities. “It is just a formal retirement but Bahadur ji will continue to be involved with the AFI. He will continue to be associated with AFI and guide us in the monitoring of the national camps,” Bhanot said. Sports Authority of India Director General Sandip Pradhan, IOA Secretary General Rajiv Mehta, former IOA Secretary General Randhir Singh, former athletes P T Usha, Anju Bobby George and Sriram Singh, and current athletes Hima Das and M R Poovamma also wished Singh well in his future endeavours. 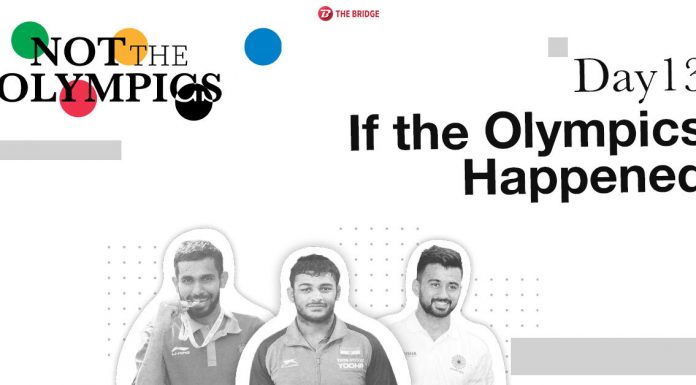 Md Imtiaz - Modified date: August 6, 2020
Four months after the International Olympic Committee and officials in Japan postponed the Games amid soaring coronavirus infection rates and lockdowns across the world, uncertainty prevails. The unpredictable nature of the virus is making it impossible for officials to say definitively that the Games...
Read more