Indian Tennis: When Sania Mirza won the WTA newcomer of the year

Sania Mirza is undoubtedly the greatest female Tennis player to emerge from India. The 33 year old from Hyderabad has won a total of six grand slams during the course of her career. Mirza and her doubles partner, Martina Hingis, were also ranked world number 1 in women’s doubles for 91 consecutive weeks which is the fourth highest in the history of the sport. Early on in her career, Mirza had also broken into the Top 30 in women’s singles rankings in the year 2007.

While all this is well documented and well known, did you know that Sania Mirza was named the newcomer of the year 2005 by WTA (Women’s Tennis Association)? 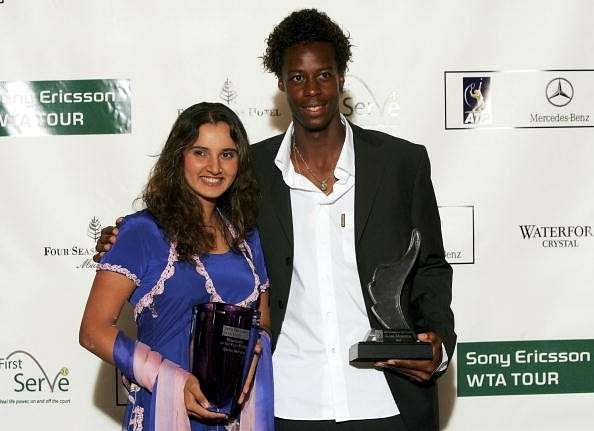 This came on the back of a stellar show in the year 2005 when she started the year ranked 163 in women’s singles and reached to world number 31 by the year end. A nineteen year old Sania, had also won the Hyderabad Open in February 2005 and became the first ever Indian woman to win a WTA Tour Singles Title.

She was honoured with the award at the second annual joint ATP and Sony Ericsson WTA Awards ceremony at Florida in May 2006.

The same ceremony also saw Roger Federer and Kim Clijsters being named the Player of Year 2005 whilst also bagging the Fans’ Favourite Award.

The newcomer of the year award was a stepping stone in Sania Mirza’s career and it contributed a great deal in shaping her to be the best ever women’s Tennis player from India.

Also read: Who were the best doubles partners of Leander Paes?