Sarika Kale, who is currently employed as a sports officer with the Maharashtra government, will be conferred with the Arjuna

Set to be bestowed with the prestigious Arjuna award, former Indian women’s kho-kho captain Sarika Kale says there was a time when she could afford only one meal a day for almost a decade due to financial problems but the game changed her life. Kale, who is currently employed as a sports officer with the Maharashtra government, will be conferred with the Arjuna during a virtual ceremony on National Sports Day on August 29.

“Though I have been named for the Arjuna Award this year, I still remember the days of playing Kho Kho. I had one time food for almost a decade,” Kale, who had led the Indian women’s team to gold at the 12th South Asian Games (SAG) in 2016, told PTI. “My family’s condition pushed me to play the game. This game changed my life and now I am working as a sports officer at Tuljapur in Osmanabad district,” she added.

The 27-year-old recalled that her uncle used to play the sport in Osmanabad district of Maharashtra, and took her to the ground first at the age of 13. She has continued to play the game ever since. “My mother worked on a sewing machine and did other household chores. My father had physical limitations and hence couldn’t earn much. Our entire family was depended on my grandparents earning,” she recalled her journey. “During those years, I consumed food just once a day. I used to get special diet only when I used to be in camp or used to go for some competition.”

Despite facing numerous problems, Kale said her family backed her and never stopped her from going to play in various tournaments. “The difference between rural and urban environment of sports is, people in rural part understand your success a little late, no matter how big it is,” she lamented.

Her coach Chandrajit Jadhav said Kale had decided to quit the game due to financial problems. “In 2016, Sarika was disturbed due to her family’s financial issues. She had even decided to leave the game. Her grandmother told me that she had locked herself in a room,” Jadhav said. “However, after counseling Sarika was back on ground and this was the turning point. She continued her game again and last year she got a government job, which helped her to settle.”

“She was then part of the team that won the Asian Kho Kho Championship in 2016 and also won the player of the tournamemt award in that tournament,” recalled Jadhav, who is also the Joint secretary of Kho Kho Federation of India. Kale has also won multiple medals in the Senior National Championships in the last 10 years.

ISL 2020-21: “We won’t be adjusting our game for them,” says Odisha FC Coach ahead of match against Hyderabad FC 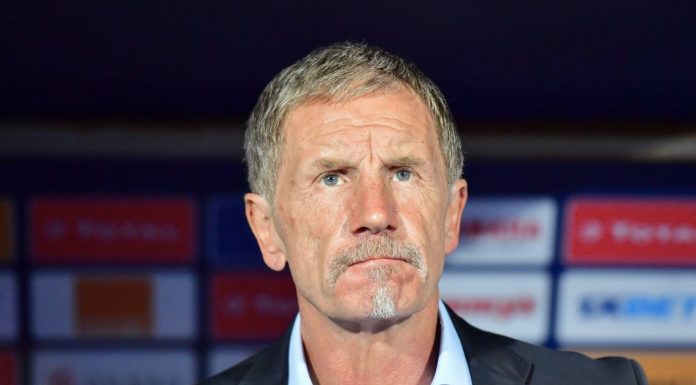 Team Bridge - Modified date: November 23, 2020
Coach Stuart Baxter and captain Steven Taylor spoke to the press ahead of Odisha FC’s Indian Super League (ISL) match against Hyderabad FC. Here are some key quotes from the press conference. Whether the team is ready for the new season I don’t think any team is...
Read more