Kho Kho ranks as one of the most popular traditional sports in India, along with kabaddi. It is a modified form of ‘Run Chase’ which in its simplest form involves chasing and touching a person, requires speed and agility. It is considered one of the strongest tag-team sports.

After the monumental success of Kho Kho at the Khelo India Youth Games 2019, Dabur India Ltd.’s Vice Chairman Amit Burman has decided to collaborate with the apex body of the sport – the KKFI to support the development of this league.

Speaking on the occasion, Hon’ble Minister of Youth Affairs & Sports, Col. Rajyavardhan Singh Rathore said, “Indigenous sports are the manifestation of the local genius and ethos. I am very happy that a league is being launched for Kho Kho. Surely, this will go a long way in enhancing the popularity of this very Indian sport and will open new vistas for the players and the fans. I congratulate and wish the Kho Kho Federation of India the best in their endeavors.”

Mr. Burman shared his vision for the league and said, “Ultimate Kho Kho will be a professionally structured league with eight participating franchise teams that will be owned by a mix of corporate houses and celebrities.  Each team will have a combination of players including Indian and international players from two age categories of under and above 18.”

Kho Kho Federation of India and Amit Burman have brought on board Tenzing Niyogi, former sports advisory leader at EY, as the CEO of the league.

“I always felt it is important to encourage other sports, especially those that bring communities together and promote active lifestyles to Indian youth. Kho Kho is the first ‘run and chase’ format sport and with the recent success of Kho Kho in Khelo India Games 2018 and 2019, it further signifies the massive fan following in states of Maharashtra, Punjab, Delhi, Kerela, Karnataka, Andhra Pradesh, Madhya Pradesh to name a few. The biggest differentiator is – While other sports leagues are busy developing the grassroots program, Kho Kho is deeply entrenched in rural India across every state with school programs. Conglomerates, Business houses, Brands, Celebrity team owners will engage with fans from season one for the sheer recognition of the game”, said Mr. Tenzing Niyogi, CEO, Ultimate Kho Kho.

Present among the dignitaries were also Mr. Rajeev Mehta – Chairman, Kho Kho Federation of India (KKFI) & Secretary General, IOA, who expressed his delight at the launch event, “It is a moment of joy and pride for all of us to announce the launch of the Ultimate Kho Kho League. Our aim is to restore the glory this sport has seen in our country and we look forward to receiving the support from sports lovers from across the country.”

The Kho Kho Federation of India is working extensively, with support from the Indian Olympic Association, towards making the sport popular with the country’s youth.

“Ultimate Kho Kho is an initiative to bring the sport to the forefront and make it the most sought-after league for a home-grown sport in India. The league will witness participation of key athletes from India and other Kho Kho playing nations.” said Mr. Sudhanshu Mittal, President, KKFI & Vice President, IOA. The first edition of Ultimate Kho Kho will feature eight teams named after the country’s prominent regions. There will be an initial draft of players where Kho Kho athletes from across the world, including England, South Korea, Republic of Iran, Bangladesh, Nepal and Sri Lanka, will be made part of the eight franchises. The teams will also have the opportunity to include U-18 players in their squad which will help develop a pool of young Kho Kho players in the country.

A Kho Kho match consists of 4 innings of 9 mins each and will be played on specially developed mats in state-of-the-art indoor stadiums. It will also have some minor tweaks in the format to make it more visually appealing for fans and television viewers. The 21-day event is set to have a double round-robin format which will see the eight teams heavily involved in competition through the season. 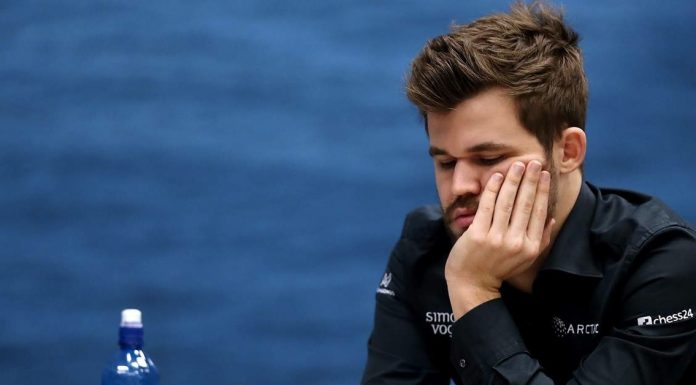 Abhijit Nair - Modified date: November 23, 2020
The World Champion Chess Grandmaster, Magnus Carlsen, is looking to tap into the rapidly growing Indian digital chess market by setting up the Indian Open Chess Tournament which probably will be held in the mid-2021. The prize money for the tournament is expected to...
Read more