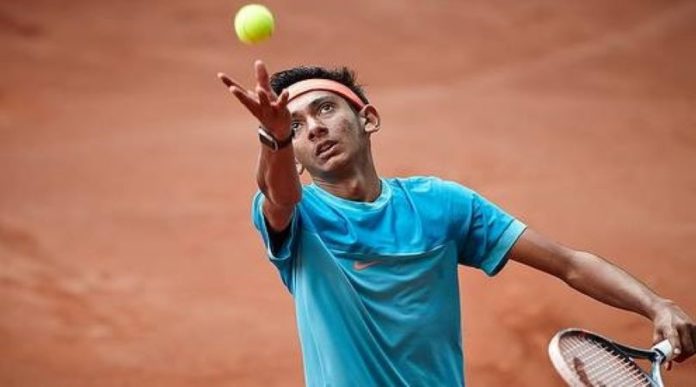 While the Indian tennis doubles players have made a name for themselves in the doubles circuit, the search for a singles star who can reach the top 20 is still on. However, Dev Javia, a 17-year old, who has been making waves at the age-level is hopeful that the upcoming players can change the fact. In August, Dev emerged as national champion at the 27th MCC National Junior U-18 Clay Court Championship.

“I feel that India has a few players who can be consistent and take men’s singles tennis on the global map in the coming days. Yuki Bhambri has already broken into the Top 100 a few times, while Prajnesh and Sumit Nagal are promising,” he opens up in an exclusive chat with The Bridge.

Javia himself has been earmarked as a future star after a string of impressive showings in the last few years. He was India’s number 1 in Under-12 and Under-14, and has since then gone on to represent India in various competitions in Bangkok, Vietnam and Qatar. He won titles in Indore, Mumbai, Kolkata and Hyderabad in 2016 in the Road to Wimbledon 2016 campaign and later turned out in the sub-juniors Under-14 level at Wimbledon that year. Very recently, he won a gold at the Boys Under-17 campaign at the Khelo India Youth Games to continue his streak.

Recounting his experience of playing at the Wimbledon, Javia says, “The experience at Wimbledon was amazing. I felt like a professional player, going around Wimbledon courts and the centre court. I am again looking forward to play there next year in the junior Grand Slam and, in future, hopefully in the men’s too.” He also has fond memories of getting advice from Wimbledon champion Goran Ivanisevic on serving as well.

The left-hander, who hails from a small town called Ankleshwar in Gujarat, took an interest in the sport from a young age, following which his parents enrolled him in a camp in Vadodra:

Dev Javia is currently training at the IMPACT Tennis Academy in Bangkok from last year. IMPACT Tennis Academy, one of the best academies in the world, provides players with the knowledge and facilities for competitive tennis to chase their dreams of succeeding in tennis. They have trained 12 top 100 ATP/WTA professionals and 8 ITF junior grand slam finalists. “I decided that I need to shift to a foreign academy if I want to go pro. Since then, I have been at the Impact Academy, working on my strengths like my serve and the forehand whilst looking to improve my overall physical and mental strength.”

Ask about his future plans, and Dev Javia, who is presently ranked 133rd in ITF list, is looking forward to turning pro and break into the top 100. “I am looking to develop and prepare myself physically a lot more in this off season because next year I’ll be competing in the men’s futures events so I need to a stronger. My future goals are pretty clear. I want to go pro, crack the top 100 in the ATP rankings and consistently compete in Grand Slams.”

Indian tennis star Sania Mirza was forced to retire from her women's doubles first round match at the Australian Open along with...
Read more
News

The day seemed to get worse and worse for Indian tennis star Rohan Bopanna. First, he got knocked out in the first...
Read more
News

India's Divij Sharan along with his men's doubles partner Artem Sitak of New Zealand advanced to the second round of the year's...
Read more
News