The Indian volleyball team scripts history as it reaches the semifinal of the Asian Men’s U-23 Championships on Friday after defeating Australia 3-1 in the quarterfinals. The Indian team pull off a spectacular come back after trailing 16-25 in the first set and went on to win three consecutive sets by 25-19, 25-21, 27-25. The Indian team topped its group which helped it secure a berth in the final eight of the tournament. The Amit Gulia-led side had registered wins over China and New Zealand.

This was India’s maiden appearance in the last four of the tournament.

With Pakistan trouncing Kazakhstan earlier in the day in their quarter final fixture, the Asian Men’s U23 Championship is set to see a semi-final clash between the two sub-continent sides on Saturday. This marks the first time that an Indian team has made it to the semis of this tournament.

Earlier, the first set saw Australia catching India off-guard with their pacy game. India fell behind early and never recovered to eventually concede the set 16-25. However, Gulia’s boys showed no signs of panic in the second set and started off confidently. Australia caught up soon and the scores read 15-15. India then took control of the proceedings and racked up 10 points in the subsequent minutes while their opponents scored only 4. With the second set won 25-19, the Indian spikers began the next set also in similar vein and hardly looked back to win the set 25-21.

The fourth set gave the motley crowds gathered at the court some thrilling volleyball action as neither team gave an inch. With their team just a set away from getting knocked out, Australian spikers kept coming back hard at India. Despite trailing 15-12 at one point, the Aussies mounted a strong challenge to make the scoreline read 20-18 in their favour. During the technical timeout, Coach Pritam Singh Chauhan exhorted his troops to finish the match in the fourth set itself. The team held its nerves and secured a well-deserved win by taking the fourth set 27-25.

Coach Pritam Singh Chauhan expressed his delight on the occasion but also cautioned against complacency. “It’s a fantastic achievement by the boys. We didn’t begin in the brightest of fashion, but I had no doubts even at that point that we could pull it off. It’s a great feeling to have defeated a strong Australian side with a set left in a knockout game. The confidence levels of the boys is sky-high at the moment. But I would like them to focus on the big match tomorrow. With so little time left between the knockout games, there is no time to lose. So, the celebrations can wait. It’s a good achievement but we don’t want to stop here.”

Earlier in the day, Chinese Taipei and Japan won their respective quarter-final fixtures against China and Sri Lanka to book a semi-final clash on Saturday. 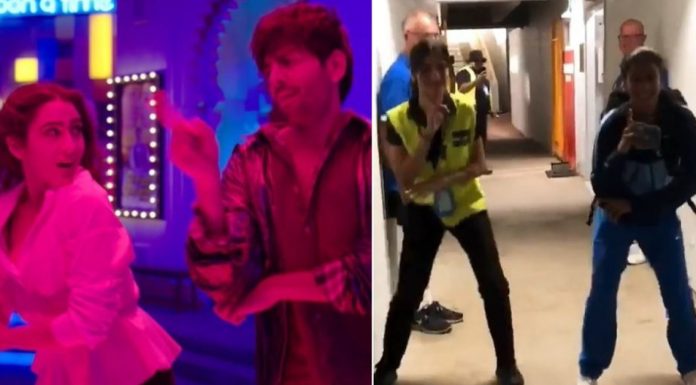 The Bridge Desk - February 27, 2020
Indian batswoman Jemimah Rodrigues' social media activities is full of humour, fun and light-hearted content. Ahead of the Women's T20 World Cup match against New Zealand on Thursday, she impressed with her dancing skills as she pulled off synchronised dance moves with an off-duty...
Read more