The Indian women’s hockey team thrashes USA 5-1 in the first leg of the FIH Hockey Olympic Qualifiers and holds an edge in their race to Tokyo Olympics 2020 on Friday at the Kalinga Stadium in Bhubaneswar. It was a goal shower in Odisha and India pulled off a dominating show.

The Indian Eves, in white, looked a bit jittery in the first quarter as the USA manage to get through-balls in at will. However, the team was lucky enough to not concede as the American girls thwarted a couple of chances at the beginning. The chances were earned with much difficulty for the home team and the quarter ended up in a tight contest.

The second quarter began in the same manner as both teams fought in the midfield for possession and were hurling flurry of attacks from both the flanks. India won their first PC in 22nd minute but Gurjit’s drag-flick couldn’t make the impact. USA took the opportunity and raked a counter-attack which earned them a PC as well, but their shot also went wide. In the 28th minute, India won to back-to-back PCs. Though the Indians couldn’t stop the PC properly, a joint team effort inside the box found Lilima Minz in a scoring position, who cleverly put the ball past the American goalkeeper. India took a 1-0 edge at the fag end of the first half and went on to the half-time mark.

An attack from the left flank in the third quarter by a Navneet Kaur saw her giving a quick pass to Vandana which the American goalkeeper failed to intercept and India’s newest team member Sharmila Devi took the opportunity to push the ball past the net to make 2-0 for India in the 38th minute.

India slowly picked up their pace and showed brilliance with successive attacks on the opponents’ circle, which earned the home team a penalty corner in the 42nd minute. The gracious Gurjit Kaur made no mistake this time and smacked the ball in the bottom left corner of the goal which ensured India a 3-0 comfortable edge by the end of the third quarter.

The fourth and final quarter began with Matson of USA tried to inspire with a brilliant run, however in a matter of seconds, ball went to India and Navneet smashed the ball to the USA goal with assistance from Salima to make it 4-0. India earned a penalty stroke in the 51st minute as USA’s Paolino obstructed Monika. Gurjit put the shot inside the goal with ease and took the scoreline to 5-0. However, USA also won a penalty stroke in the 54th minute and Matson put the ball past Rajani to make it 5-1.

The Indian team will play the USA once again tomorrow at the same venue, and the winner will seal a spot at the Tokyo Olympics. The winners will be determined as follows: teams will be ranked according to the number of points each has accumulated in both matches (for each match, 3 points are awarded to the winner, 1 point to each team in the event of a draw and 0 point to the loser). If there is equality among the two teams, then the teams will be ranked according to their respective goal difference. If the equality remains, a shoot-out competition will be played to establish the winner. Therefore, the objective of both the Indian Men’s and Indian Women’s Hockey Teams will be to secure direct qualification for the Tokyo 2020 hockey tournaments – which will be staged in Japan’s capital city from 25 July to 7 August next year and involve 12 Men’s and 12 Women’s teams. 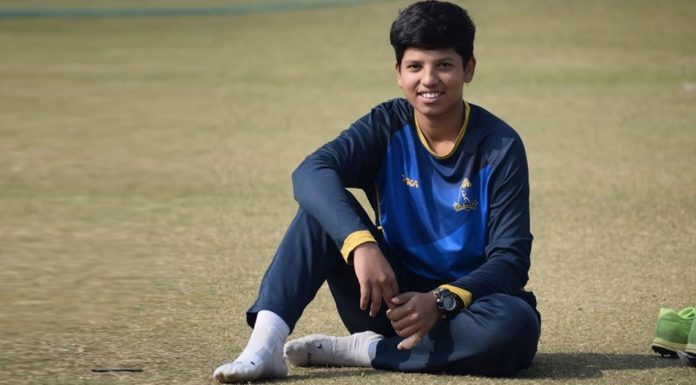 Shruti Banerjee - January 21, 2020
What did you use to do at the age of 3-4? Probably crying - so that your parents allow you to stay at home instead of sending you school? The new face of Indian women’s cricket team – Richa Ghosh certainly had...
Read more