The Indian men’s hockey team beats Russia 4-2 in the first leg of the FIH Hockey Olympic Qualifiers and holds an edge in their race to Tokyo Olympics 2020 on Friday at the Kalinga Stadium in Bhubaneswar. The Russian side showed a much-improved performance coming back from their earlier 0-10 defeat in the FIH Series Finals.

India opened the scoreline from a penalty stroke in the 6th minute by Harmanpreet Singh, which was equalised in the beginning of the second quarter by Russia’s Andrey Kuraev.

A Mandeep Singh reverse stick stroke in the 24th minute gave India the age again. But they were constantly under pressure as a Russian equaliser loomed large. The third quarter went goalless. India regained composure in the fourth quarter as S V Sunil furnished the third goal, followed by Mandeep’s second in the game to make it 4-1. As the clocked ticked down, Russia won a PC and produced their second goal. The Russian side looked pretty strong as they kept on pushing the Indian defence.

The Indian team will play the Russia once again tomorrow at the same venue, and the winner will seal a spot at the Tokyo Olympics. The winners will be determined as follows: teams will be ranked according to the number of points each has accumulated in both matches (for each match, 3 points are awarded to the winner, 1 point to each team in the event of a draw and 0 point to the loser). If there is equality among the two teams, then the teams will be ranked according to their respective goal difference. If the equality remains, a shoot-out competition will be played to establish the winner. Therefore, the objective of both the Indian Men’s and Indian Women’s Hockey Teams will be to secure direct qualification for the Tokyo 2020 hockey tournaments – which will be staged in Japan’s capital city from 25 July to 7 August next year and involve 12 Men’s and 12 Women’s teams. 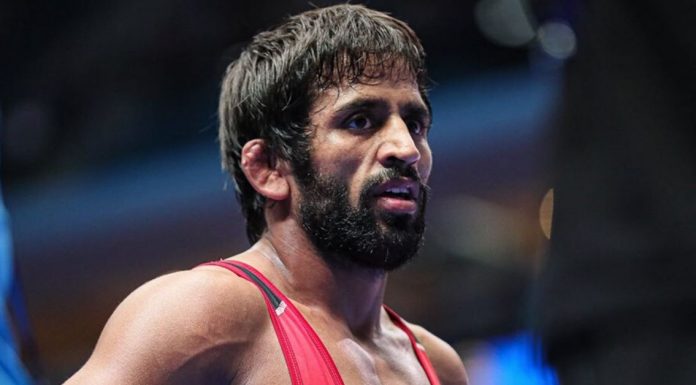 Sarah Waris - January 18, 2020
Bajrang Punia, competing in the 65 kg weight category defeated his American counterpart Jordan Oliver 4-3 in the finals of the Matteo Pellicone, Ranking Series event in Rome, Italy. Punia had a very cautious start and was trailing by 1 point, which...
Read more