Thank you, India…for allowing a beautiful friendship | By Hayley Wickenheiser I’m not the first to say those three simple words. In fact, Canadian musician Alanis Morrisette wrote those lyrics as part of a song called Thank U after she travelled to India while taking a break from performing and recording.

I am not the first to say those words, but they sum up exactly how I feel about your beautiful country, and the many beautiful people who call it home, who I feel very fortunate to have gotten to know as we work together to encourage more females to get involved in hockey, so that they can have fun, improve their fitness and benefit fully from the incredible and important power of sport.

My special connection with India all started when I watched a YouTube video about the Cinderellas of India, your country’s first women’s ice hockey team. I learned that these dedicated athletes learned to love hockey by facing off on frozen lakes nestled among the mountains of the remote Ladakh region, and that they have faced many challenges in order to keep playing the game, including lack of proper coaching, expensive equipment and access to ice for only a few months of the year.

What struck me most about these dedicated Indian players is that they seem just as passionate about hockey as myself and my fellow Canadian female athletes, who have played at the highest international levels, including at the IIHF Women’s World Championships and the Olympic Winter Games. Their struggles also reminded me of similar challenges that Canadian women dealt with when we first started playing this traditionally male-dominated sport, although gender equality is an even bigger obstacle for many Indian women to overcome due to historical customs and traditions.

Watching and listening to the members of India’s national women’s team on that YouTube video reminded me of why I love hockey so much – their passion is so pure – and inspired me to do what I can to help them reach their goals of growing the game and smashing gender stereotypes. So, I contacted some of my friends in the hockey world, including former Edmonton Oilers captain Andrew Ference, and we travelled to northern India in January 2018 with 75 bags of donated hockey equipment in tow, eager to coach and play alongside these incredible Indian women.

Needless to say, we were absolutely blown away by the warm welcome we received in communities such as Leh –and by what we all agreed are the best-looking hockey rinks in the world! It doesn’t get much better than lacing up your skates for some outdoor stick and puck under sunny skies, surrounded by the breathtaking Himalayas, on “the roof of the world.” My friends and I who visited this gorgeous spot all agreed that we had finally found our hockey heaven! We are very fortunate to have played some puck on these glistening outdoor rinks and are so grateful to the 700 players that we joined on the ice, which included many members of your national women’s team, but also Indian men, boys and girls who love hockey, just like us. We even played with police and military members, which was a true honour for our Canadian contingent. Our 12 days of playing hockey in India will certainly stay with us forever.

In addition to enjoying the natural outdoor rinks, our visit to the Ladakh region taught us a lot more about the difficulties players who live in your remote mountain villages face, such as susceptibility to unpredictable weather and ice conditions, as well as lack of access to safe equipment to suit up in and proper hockey instruction. We even learned that these outdoor rinks are flooded by hand overnight using makeshift water pumps and brooms, making them extremely hard to maintain for long periods of time.

We now know that the region needs not just more outdoor rinks, but also some covered rinks so that players can keep playing through the full hockey season, in addition to resources such as coaching and equipment, as well as better understanding that girls and women can play physical team sports such as hockey. We also know that there is an undeniably passionate hockey community there that is committed to reaching those goals, and to express our gratitude for our wonderful experience in India, my team and I are committed to helping them make that happen.

That’s why we raised funds to fly India’s national women’s team to Canada, through our India 2 YYC initiative. In November 2018, the Cinderellas on skates played some exhibition games in Surrey, British Columbia, and Ardrie, Alberta, before heading to my hometown of Calgary, Alberta, to take part in my very special annual event, the Wickenheiser Female World Hockey Festival, also known as WickFest. The Indian team got to play on properly maintained indoor rinks, received world-class coaching and even went shopping for brand new equipment. They learned a lot of new skills, made plenty of new friends and even had the chance to meet Canadian Prime Minister Justin Trudeau! We can only hope that we offered the same unforgettable experience that they gave us during our visit to India.

We have made much progress over the past year, but we still have much work to do to in order grow our beloved game in India, from encouraging parents to let their children give it a try to breaking down societal norms that still run rampant in some communities.

You see, getting girls and women involved in sports such as hockey isn’t just about playing a game. It’s about building their confidence, helping them reach their goals both on and off the ice, and empowering them to be the very best they can be. Growing hockey in India means giving players new opportunities and teaching them valuable life lessons ranging from teamwork to gender equality. What we learn in sport, we can apply to all aspects of our lives.

My team and I look forward to continuing this powerful international partnership to help make hockey sustainable, and harness the true power of sport, in your country for generations to come. For allowing us to do so and our beautiful friendship in hockey, we truly do thank you, India.

In the following interview Dr. Oleksander Krasilshchikov talks on array of topics. Olke describes his long career in sports, his first assignment in India, the talent selection process, key abilities that athletes need to develop to compete at the highest level, sports  physiology,  talent identification programs and much more.
Read more
Athletics

I have been running all my life | By Lalita Babar

Once I started uploading my pictures (in sportswear) on social media and started talking about it, there was a section of people...hardcore Hindus…who objected...
Read more
Fitness & Wellness 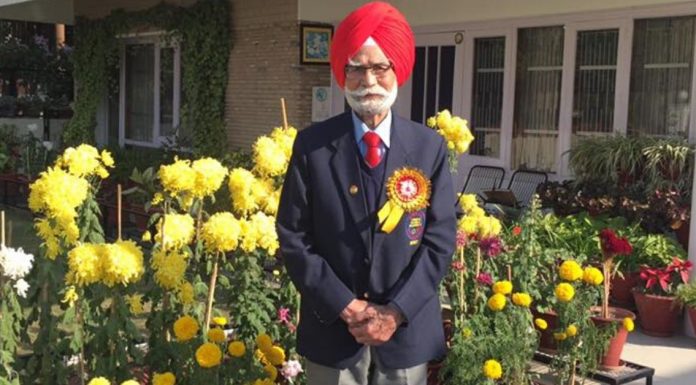