From India’s first individual Olympic gold medallist Abhinav Bindra to Indian women’s hockey team captain Rani Rampal, the Indian sports fraternity, on Monday, came together to pay their tributes to hockey legend Balbir Singh Senior, who passed away at the age of 95 on Monday.

A three-time Olympic gold medallist, Balbir, breathed his last after battling multiple health issues for over two weeks. His world record for most goals scored by an individual in the men’s hockey final of the Olympics still remains unmatched. He had scored five goals in India’s 6-1 victory over the Netherlands in the final of the 1952 Helsinki Olympic Games. He was later conferred with the Padma Shri in 1957. He was also the manager of India’s only World Cup-winning side in 1975.

Saddened to hear of the demise of one of India's most celebrated Olympians, Balbir Singh Sr. Athletes and role models such as him come very rarely, and it was an honour to know him, and I hope his example will continue to inspire athletes from around the world!

Pained to learn about the passing of our three times Olympic Gold medalist and legend Balbir Singh Senior sir this morning.

His contribution towards Indian hockey is unforgettable. He will continue to inspire our generations to come.

My deepest condolences to his family. RIP pic.twitter.com/8qcIuHe9vW

Deeply saddened to hear of the passing of Balbir Singh Sr ji. An athlete par excellence and a role model beyond words! His bestowed hands may strengthen my passions more. My condolences to his family, friends and fans!#balbirsingh #Balbirhockey pic.twitter.com/figkm8ibBW

#BalBirSingh ji- A True Giant and a half in his field. Hockey legend out and out. Condolences 🙏 #BalbirSinghSenior pic.twitter.com/4xClWGmhkT

Very sad to hear of the demise of legendary Olympian Balbir Singh Sr, 3 time Olympic gold medallist. This was from my last meeting with him at Delhi. He was always smiling, so mentally alert and such a thorough gentleman. What a fine role model 🙏🙏 pic.twitter.com/Sn1wlgdEss

I was rather shocked to hear the news of legendary Olympian Balbir Singh Sr untimely demise. My heart felt condolences to his family. I pray that the almighty gives his family the strength to withstand this tragic moment. May his soul rest in peace. #RIP pic.twitter.com/ynp8LXG1UV

Rest in Peace to one of the GREATEST and LEGENDARY player of all time Padam Shri Balbir Singh Senior ji – you will lives forever in our heart 🙏🏼 #tripleolympicsgoldmedalist pic.twitter.com/YwgWhsVHDL

End of an era in Hockey as our very dear and respected @BalbirSenior passed way. He was a legend. Condolences to the family in this hour of loss. RIP Sir.@TheHockeyIndia @IndiaSports pic.twitter.com/vUnM5XleLu

Not only the sports fraternity but prominent celebrities, from movie stars to politicians also took to Twitter to pay tribute.

Saddened to hear about the demise of hockey legend #BalbirSingh ji. Have had the good fortune of meeting him in the past, such an amazing personality! My heartfelt condolences to his family 🙏🏻 pic.twitter.com/knjOq7VEav

Saddened to learn about passing away of Hockey legend Balbir Singh Sr. A Triple Olympic Gold medallist, he exemplified qualities of perseverance, dedication & sportsmanship. Sir, you will be dearly missed & will forever remain an inspiration! A grateful State bids you farewell. pic.twitter.com/bwQwJyYbdo

Saddened to hear about the demise of hockey legend #BalbirSingh ji. My heartfelt condolences to his family 🙏🏻 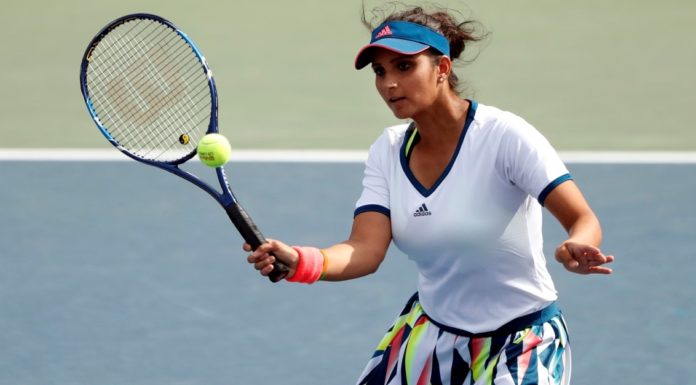