His illustrious career had many medals and milestones but for hockey wizard Balbir Singh Sr, who died at 96 on Monday, the one moment that meant more than others was when he played a starring role in claiming independent India's maiden Olympic gold in the sport. It happened at the 1948 Olympics in London, a year after India attained independence and Singh scored two of the four goals that the team struck in the final. It was against the hosts, the country, which had colonised India and Singh, at a commemorative function here in 2018, recalled the emotions it stirred up.

"As our national anthem was being played and the tri-colour was going up, I felt that I too was flying with the flag. The sense of patriotism that I felt was beyond any other feeling in the world," he had recalled at the Chandigarh Press Club here. "It was a proud moment for all of us when we defeated England, which had until a year ago ruled India for a long period, on their own turf (in 1948)," Singh had said. One of the greatest hockey players of all time, Singh won three Olympic gold medals in a stellar career but never missed a chance to tell how special the 1948 one was. "The event happened 70 years ago, but it feels like only yesterday. I still remember the feeling when the Indian flag was hoisted at the 1948 Olympics when we beat Britain 4-0," Singh had said. Singh started his hockey career as a goalkeeper before moving up as a full-back and eventually a centre-forward. 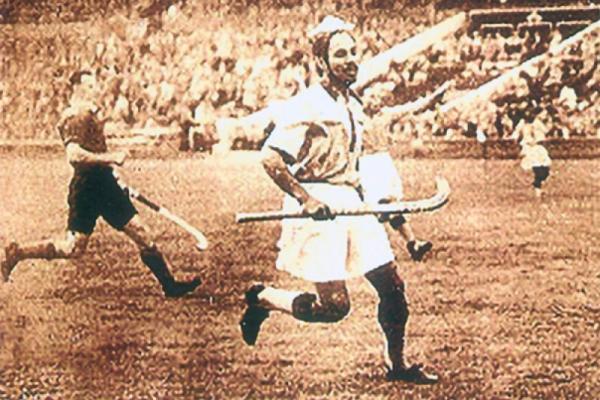 The victorious team had received a grand welcome from the Indian fans upon their return home.Singh had also recalled that how, despite being in tremendous form, he was not selected among the 39 probables for the finals in 1948, forcing some of his well-wishers to approach the then Indian High Commissioner in London, V K Krishna Menon for his help. Singh said that it was only after Menon's intervention that he was included in the playing eleven.

"I still remember that before the match started, the Wembley stadium was reverberating with the noise of English fans. As we took an early lead and later on pumped in another goal, after the half time, some English fans started rooting for India, saying make it half a dozen goals," he remembered. Singh had said that August 12, 1948 was the "greatest day in independent India's sporting history". In 2018, Singh had also attended a special screening of movie 'Gold', a sports drama inspired by real events of the 1948 Olympics.