Ipoh (Malaysia), 23 March 2019: Indian Men’s Hockey Team got off to a roaring start at the 28th Sultan Azlan Shah Cup 2019 as they beat Asian Games Champions Japan 2-0 here on Saturday afternoon.  It was the team’s resilient attack, structured defence and a solid effort in the midfield that ensured India remained dominant through the match.

After getting off to a goalless first quarter, India seemed to shake off the opening-match jitters to take control of the proceedings. With good ball possession, they sought the right opportunity to make an early breakthrough. Eight minutes into the second quarter, India won a PC and Varun Kumar stepped up to the responsibility to capitalize with a powerful, direct flick. The 1-0 lead in the 24th minute put India in good stead and mounted pressure on Japan.

India’s midfield with tactical play by seniors Manpreet Singh and Kothajit Singh saw them make forays into the striking circle with clever-passes, the strikers couldn’t find the right connection, missing field-goal opportunity by inches. With four minutes remaining for the second hooter, a good pass by Sumit Kumar (Junior) to Mandeep Singh who flicked it towards the post missed the net by a margin. However, an alert defence saw India’s Surender Kumar and Birender Lakra impress time-and-again with an effective tackle to disengage Japanese counterattacks.

The third quarter saw Japan make amends to a below-par start as they won their first PC in the 33rd minute. But experienced goalkeeper PR Sreejesh did well to save and clear the ball ensuring India remained in the lead. The following minutes saw both India and Japan create scoring opportunities but in vain. With two minutes remaining for the third hooter, Japanese striker Kenji Kitazato took a brave shot on goal but missed the post by a big margin. Off a rebound, Kazuma Murata struck the ball towards the post but it went over it.

Playing in overcast conditions with the temperature at about 28 degrees, India powered by good fitness levels accelerated towards a strong finish. They hunted for a second goal with good precision and structured gameplay, the attack remained resilient as they created a PC within minutes of the fourth quarter. This time though, Varun missed the mark, allowing Japan to launch a quick counter-attack. Experienced Birendra Lakra was quick to respond and make a good steal. With dying minutes, Japan made desperate attempts for an opening but India stayed cautious.

Japan tried different ways to dislodge India, used full-press to gain ball-possession but did not succeed. They removed their goalkeeper to add an extra man in the 55th minute but the tactic backfired with India making use of the opportunity as their fine attack led to a second goal. It was a diving effort by Simranjeet Singh that put India ahead by 2-0. With just two minutes remaining, Japan created a PC but the attempt was well-defended by Surender Kumar backed by goalkeeper Krishan Pathak who replaced Sreejesh after half-time.

India’s Varun Kumar was adjudged the Man of the Match as India registered a winning start to the tournament.

If anyone qualifies to be called a legend in Indian hockey after Dhyan Chand, it's Balbir Singh Senior, said iconic Milkha Singh condoling the...
Read more
130,734FansLike
12,113FollowersFollow
7,142FollowersFollow 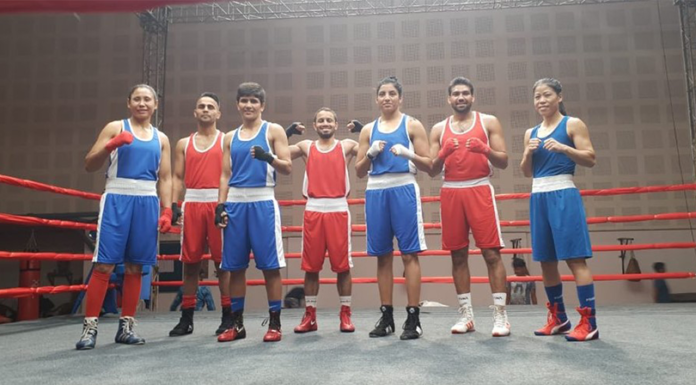