While humans have restricted themselves in the confines of their home, millions of India’s stray animals are starving due to the nationwide lockdown. As public establishments have shut down and people are under home quarantine, stray animals in the country that depend on restaurants and open markets are having a hard time finding food.

Former Indian international hockey player Jasjit Singh Kular, the resident of Sansarpur village in Jalandhar feeds stray dogs ever since the nationwide lockdown was announced due to the coronavirus outbreak.

Kular, feeds the dogs at Grand Trunk road which is 500 metres from his house. He usually prepares chicken soup and a mix of soaked soya chunks. Moreover, he also buys the store-bought dog food to feed a large number of stray dogs.

Kular was aware of the Jalandhar-based Animal Protection Foundation that rescues stray dogs. As the lockdown was announced, he contacted the foundation.

Along with his five friends, Kular joined the foundation. They feed over 500 dogs on 25 km road stretches in the city.

In an interview with Hindustan Times, he said, “Our foundation mainly focuses on treating animals. But we also started feeding stray dogs during the lockdown. While residents feed the animals in residential pockets, we focused on those near highways and commercial areas”.

The foundation collaborated with a local pet shop for the packaged dog food, which maintained its supply through the lockdown. In total, the foundation feeds 1,000 strays with the help of 16 volunteers, including Kular and his friends.

“We put the dog food in a lot of water before starting our feeding routine, so that they can get water with the meals,” said Kular to HT. 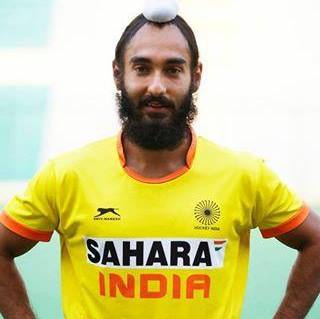 He added, “We buy bags of soya chunks and dog food from the market. Our daily requirement is around 30kg. We prepare soup using 1kg chicken, but don’t give the bones to the dogs as this causes fights between them. We also need around 150 chapattis and some packets of bread, which are provided by some households in my neighbourhood. We use disposable bowls for feeding the dogs”.

Kular has three dogs of his own. He started a Facebook account regarding the same and started posting pictures. Soon people buckled up and started contributing to feeding the street dogs.

This 30-year-old hockey player was part of the Indian team that competed at the 2014 Men’s Hockey World Cup. Kular last took the field for India during the 2018 World Hockey League. He now plays for Indian Railways in national championships.

Also read: Flashback Friday: When Rani Rampal was adjudged the best player of the tournament at World Cup