Hero I-League 2019-20 to be broadcasted by DSports 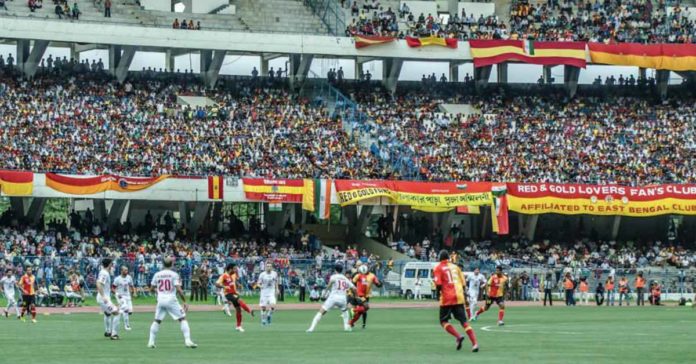 All India Football Federation (AIFF) has signed a three-year deal with Lex Sportel Vision Pvt. Ltd. to broadcast the Hero I-League on DSport starting 2019-20 season. The 13th edition of Hero I-League is scheduled to commence from 30th November 2019 featuring 11 teams and 110 matches.

Separately, AIFF have commissioned Instat Limited – an Ireland based company to produce feed of the live audio-visual coverage for the broadcast on DSport. Instat will produce all 110 Hero I-League games with an 8-camera setup. AIFF’s agreement with Instat Limited will run for three years.

Also read: I-League 2019: No broadcasters yet, league to kick-off on 30 November

The Hero I-League for past two seasons was showcased on Star Sports. However, as per the request of the I-League clubs, the AIFF & FSDL (Football Sports Development Limited) negotiated the deal with the new broadcast partner providing exclusive rights for on-air and digital content. FSDL will also contribute partly to the cost of production.

AIFF General Secretary Mr. Kushal Das in his statement said, ”I need to thank Lex Sportel Vision for penning a three-year deal with AIFF. It has enabled us to bank on Instat Limited’s expertise in producing live telecast of Hero I-League matches on DSport. The eight-camera set-up for all matches will surely add to enhanced viewing for the fans. I also need to thank FSDL for negotiating and facilitating the deal.”