Indian golfer Arjun Atwal missed a bunch of small putts yet again but still ensured he would be around for the weekend at the Rocket Mortgage Classic.

Indian golfer Arjun Atwal missed a bunch of small putts yet again but still ensured he would be around for the weekend at the Rocket Mortgage Classic. The 47-year-old, who is the only Indian to taste a win on the PGA Tour, shot three-under 69, including a hole-out from the fairway for an eagle in the second round. He is now Tied-55th at five-under 139, the cut mark for the week.

Webb Simpson and Chris Kirk, who won in the same week but on different Tours a fortnight ago, are now sharing the lead at 12 under. “I swung the club terrible these last two days so I’ll take 5-under. Also I found something on the range after today’s (second) round, so I should be good to go on the weekend,” Atwal said.

Atwal, whose short game was one of his strengths, added, “I know I am leaving a lot of shots out there with missed putts from short distances, but I have also holed some long ones and the chip-in plus the hole out. Maybe it evens out, but would be nice to see those small ones fall in. I am looking forward to the weekend.m It feels weird without fans. I feed off them, but I better get used to keeping in mind that many are following us on the net and TV.”

A three-under par 69 in the second round of the Rocket Mortgage Classic for @Arjunatwal and he should be safely in for the weekend at five-under par total. A solid round but for the slight hiccup around the turn with back-to-back bogeys on 18 and 1. Eagle 2 on 12th the highlight. pic.twitter.com/6hBrJDbxKa

Yet, he was appreciative of the protocols. “It is the way these days and these (PGA Tour officials) guys are doing great.” Atwal hit 10 of the 18 greens, made a few long putts, but also missed a few very short ones. The shot of the day was clearly the second on the Par-4 12th, his third hole of the day. His perfect 9-Iron shot landed straight into the hole from 157 yards on the fairway for the eagle.

A day earlier he holed out from a bunker from almost 40 yards for a birdie. On Par-3 15th, he missed from inside seven feet for birdie but on Par-4 16th, he sank a 25-footer for birdie. But again on 18th, he two-putted from 12 feet for a bogey and then missed a four-footer for par and dropped to one-under for the day and three-under for the week.

Meanwhile Bryson DeChambeau, the only player with Top-10s in each of the three starts on ‘Return to Golf’, Matthew Wolff, Seamus Power, Richey Were ski, Ryan Armour, and Mark Hubbard are tied for third at 11 under. Overnight co-leader Kevin Kisner and Sapp Strake are tied for 9th at 10 under. Defending champion Nate Lashley missed the cut by a stroke and so did Jason Day, while Patrick Reed and Bubba Watson were two shots from making the cut. 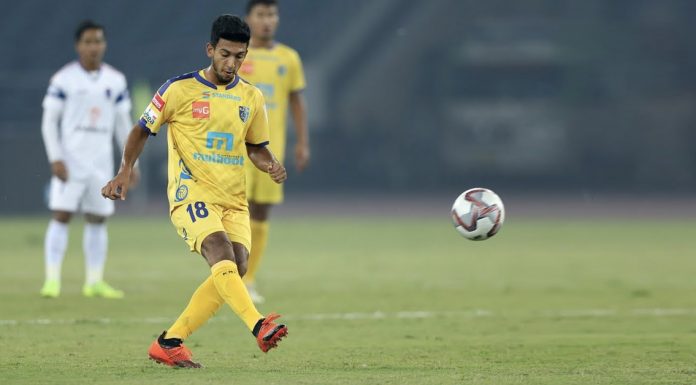 Sagnik - Modified date: August 12, 2020
Indian Super League (ISL) outfit Kerala Blasters FC have given their rising star Sahal Abdul Samad a major new contract to reflect his status as a key member of the squad, the club is set to announce on Wednesday. The new deal is a...
Read more