Coronavirus: F1 to host virtual races until the season begins

Formula One chiefs are aiming to start racing in Azerbaijan on 7 June, but to fill the void for now the sport has asked current F1 drivers to play a racing game featuring as-yet unnamed celebrity guests.

Formula One’s drivers will battle it out in an Esports Virtual Grand Prix series in a bid to give fans their racing fix while the season is delayed by the coronavirus. The 2020 campaign has been put on hold due to the pandemic and races in Australia, Bahrain, Vietnam, China, Holland, Spain and Monaco were all postponed.

Formula One chiefs are aiming to start racing in Azerbaijan on 7 June, but to fill the void for now the sport has asked current F1 drivers to play a racing game featuring as-yet unnamed celebrity guests.

“Featuring a number of current F1 drivers, the series has been created to enable fans to continue watching Formula 1 races virtually, despite the ongoing COVID-19 situation that has affected this season’s opening race calendar,” a statement said. “The first race of the series will see current F1 drivers line up on the grid alongside a host of stars to be announced in due course. “In order to guarantee the participants safety at this time, each driver will join the race remotely.” F1 drivers Max Verstappen and Lando Norris took part in two separate virtual races last weekend following the cancellation of the Australian Grand Prix. The races will be run for 28 laps for around 90 minutes and will take place at the same time as the postponed Grands Prix would have occurred.

The events start this weekend with the Virtual Bahrain Grand Prix run on the official 2019 F1 video game. Viewers will be able to tune in via YouTube, Facebook and Twitch with a qualifying session to determine the grid preceding the race itself. Results will not count towards the F1 world championship, but the plan is to run the virtual tournament until real racing can return.

Star Indian sprinter Dutee Chand concedes that her revelation of being in a same-sex relationship last year led to people looking at her "differently"...
Read more
131,478FansLike
12,332FollowersFollow
7,195FollowersFollow

Seniors played a big role in keeping us motivated during lockdown: Lalremsiami 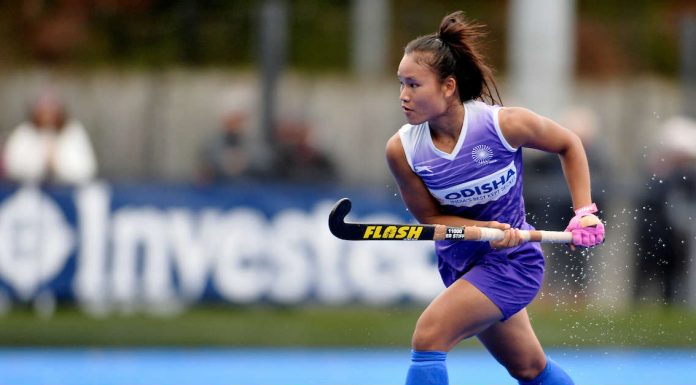 Press Trust of India - Modified date: June 27, 2020
One of the youngest member of the Indian Women's Hockey Team, striker Lalremsiami reflected about the time spent in Sports Authority of India, Bengaluru during the nationwide lockdown where the women's core probable group was housed since February. "Had it not been for the...
Read more