Big spendings in the transfer window aren’t unheard of in the city of Mumbai. In their brief six-year existence, Indian Super League (ISL) outfit Mumbai City FC have brought in star players almost each time. But this time, it’s different.

Spending in previous windows were usually on big names rather than on players who could potentially turn the team into title contenders. For example, in the first season, French World Cupper Nicolas Anelka came in, then there was Uruguayan star Diego Forlan. All these signings were as much a marketing gimmick as it was to strengthen the squad.

And that’s what sets the current window apart. Mandar Rao Desai, Farukh Choudhary, Vikram Partap Singh, Mohamad Rakip, Ahmed Jahouh, Mourtada Fall, Bartholomew Ogbeche, Adam Le Fondre and Hugo Boumous have all been acquired at considerable expense with a view to strengthening the starting XI and the overall squad, rather than simply boosting the marketing aspects of the team.

The likely additions of Spanish midfielder Hernan Santana and another Asian defender will undoubtedly come as shot in the arm for Mumbai.

On top of that, former FC Goa coach Sergio Lobera is now at the helm at Mumbai, calling all the shots and carefully monitoring all developments, back to finish what he started. Truth be told, Lobera’s job has only become harder now.

Few people will feel sympathy for a man who has been backed by an entity like the City Football Group (CFG) in the transfer market but the Spanish coach may find it a bit more difficult to sleep at night. The strain on him to make sure Mumbai compete for the title will be hard enough. Yet now Lobera has many more tough decisions to make over who gets to start and who doesn’t.

Each of Mumbai’s signings this window are either investments for the future, or high-profile players who arrive with an expectation, and requirement, to start paying dividends right away. Perhaps, the only signing they seem to have missed out on is that of Sandesh Jhingan, whose addition would no doubt have made the Islanders the strongest team on paper. But they do have impressionable youngsters, capable of doing the job alongside Fall.

This season, it is more or less certain that Mumbai’s new signings will have important roles to play in their title challenge. However, there is a lot of interest in the decisions Lobera faces in terms of where and how to use them.

Lobera went with a 4-2-3-1 starting formation on most occasions last season at FC Goa. The system he often reverted to when adversity struck was 3-5-2 with defensive medio Ahmed Jahouh dropping down between the two central defenders and the two side backs pushing up the pitch.

Of the five foreigners allowed on the pitch, he would usually go with two defenders, Fall and Carlos Pena, one defensive medio, Jahouh, one attacking medio, Hugo Boumous and one striker, Ferran Corominas. With the strength that Goa possessed among their domestic players, this made up for a pretty well-balanced team.

It is 4-2-3-1 which looks likeliest to be the default tactical configuration of his new, new-look side. The good news is that most of the players that Mumbai have signed are quite familiar with Lobera’s system having played under him previously.

Mandar and Fall played integral roles at Goa under Lobera and are expected to slot in directly into the line up while the right back position should be taken up by the impressive Mohammad Rakip. Lobera wanted Jhingan to come in and pair up with Fall in central defence but now he might be tempted to look for an Asian defender. This is where the selection paradox hits, if Lobera goes with the Asian player in defence, he loses out a crucial foreign quota in the XI.

Instead, he can opt for the young Sarthak Golui who has grown in confidence in recent years. Sources within the Mumbai camp say that Lobera wants to have options in attack and so, if Sarthak can be 60% as good as what Jhingan is, he will start with him.

From the midfield onwards, however, things get more fluid.

Rowllin Borges and Ahmed Jahouh will be automatic choices as the two central defensive midfielders. Jahouh will be the lynchpin, who will be trusted with the job of controlling the game while Borges should be tasked to do the dirty work. Of the two, Borges should enjoy slightly more attacking freedom but then again, he might not need to.

Interestingly, we did not see Mumbai sign a foreign winger but instead go for two young Indians, Farukh and Vikram. The duo will be fighting for a spot on the right flank while last season’s Golden Ball winner Boumous can easily operate down the left hand side.

Boumous, again, will be the key player for Lobera and will be expected to do his magic and feed the strikers with impeccable assists.

In Ogbeche and La Fondre, Mumbai, of course, have the most potent strikers in the ISL. Boy wonder Ogbeche has already proven his mettle in the league first for NorthEast United FC, then at Kerala Blasters fc. La Fondre, who helped Sydney FC win the A-League title in the recently concluded season, also comes in with bags of experience and goal-scoring feats.

It will be interesting to see who gets the nod when Lobera goes with the Asian defender at the back — Ogbeche or La Fondre.

The Nigerian’s skill set and versatility have the potential to change Mumbai’s dynamic considerably, and encourage Lobera to start matches with two true forwards — particularly if the Islanders’ increased presence in the opposition box is blocked out by a three-man backline. A more subtle variation would be to deploy Ogbeche in a slightly more withdrawn attacking role that still keeps him closer to the penalty area than a conventional No 10.

Given the quality of the attack, Mumbai will not be short on goals this upcoming season, something that they had suffered from in 2019-20.

Their squad was deficient in top-tier talent but it did have considerable depth. This time the fans can count on both, which explains why expectations inside and outside the club are so much higher.

Defensively, the uprages are emphatic. Mandar and Fall are both known quantities at this level, the other foreign defender is also expected to be of breed.

On top of that, the tools Lobera has at his disposal in the attacking half of the pitch are so tactically and technically versatile and so vivid, that there can be no valid excuse for missing out on a top four finish. In fact, pundits are already counting Mumbai City as won of the title contenders.

For all their firepower, Mumbai’s solidity and their season’s result could depend on Lobera keeping the faith of the management and not getting fired at the final moments.

His task in managing the happiness of this vast squad, and his own, could be prove to be difficult. Almost as tricky as his task in maximising the production of the players in the line up — but this is the kind of headache the Spaniard would want. 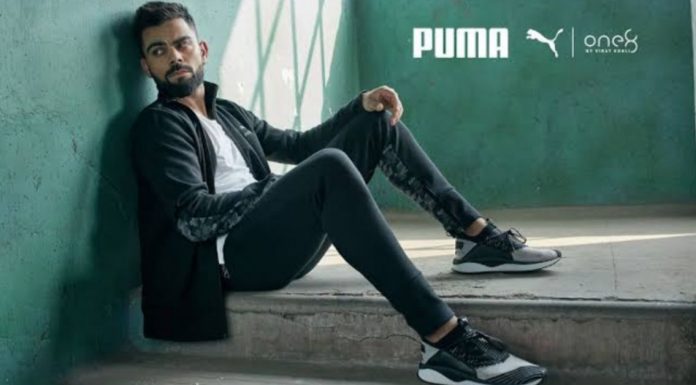 Press Trust of India - Modified date: October 15, 2020
Expectant father Virat Kohli says he need not look beyond six-time world champion boxer MC Mary Kom when it comes to taking inspiration on how to strike a balance between parenthood and excelling in sport. The India captain declared that he would seek to...
Read more