“I felt that I will never have to write a message like this,” wrote Sandesh Jhingan after it was officially announced that he has parted ways with Kerala Blasters FC, on Thursday.

Six years, 76 matches, saving Blasters’ face countless number of times — Jhingan was quick to become a fan favourite among the Manjapadda. However, with the club running into deep waters with regards to finances, it was only a matter of time before it would have to let go of its biggest superstar.

Jhingan is now 26, meaning that he is undoubtedly hitting the peak years of his career. He is also an unrestricted free agent at the end of the season, which means that he could join any club in the Indian Super League (ISL) or even, seek a move to West Asia. Of course, he has already been linked with the obvious options — Mumbai City FC, FC Goa, Bengaluru FC and ATK FC, who are set to merge with Mohun Bagan and play as a single entity from next season.

The question remains, where will the star Indian defender be when the 2020-21 season kicks off later this year? Which club should he join if he decides to stay in India? The Bridge tries to find an answer —

First up, we take a look at the City Football Group’s latest acquisition, Mumbai City FC. Indeed, they have the money, the financial backing, an incumbent ‘super coach’ and a bunch of exciting new players joining this summer.

Adding Jhingan to their roaster would definitely bolster their defence line. But what does joining Mumbai mean for the Chandigarh-born defender?

Kerala, as a state, has immense passion for the sport. The football fans, especially those in Kochi, are downright crazy and when they saw a player like Jhingan giving his all on the pitch, they showered all their love on him. Will Jhingan get the same reception at Mumbai?

Moreover, for a player used to playing in front of a 40,000-crowd every year, what would it feel like to play at a stadium that has a capacity of about 7000 and even lesser average attendance?

A return to Bengaluru FC could be almost poetic. They have a fantastic crowd, a professional management, and a squad ready to compete for the title.

But then again, there is no AFC challenge, at least immediately. And at Bengaluru, however big a player is, there is always the possibility that Sunil Chhetri will overshadow him. Chhetri has set a standard at BFC, he is the leader of the team, and obviously, enjoys certain perks that all top players enjoy.

However, in his presence, it will be difficult for Jhingan to hog the limelight. He won’t enjoy the same benefits as he did at Kerala — he won’t be the leader in the dressing room neither will he be the fans’ favourite player.

Another viable option for Jhingan, of course, is FC Goa. There are perks of joining the team because after all, the Gaurs will be representing India at the AFC Champions League. However, come to think of it, it might not be such a smart move.

Goa, since the departure of Sergio Lobera, has been in a state of turmoil. The reason behind Lobera’s departure is still unknown but important players have already left the club and followed their former coach to Mumbai.

New coach Juan Ferrando has a massive task at his hand, to rebuild the entire squad. Given the circumstances, it is doubtful that they would be title challengers in the upcoming season.

Jhingan, himself, has never lifted the ISL title and he will be hungry for it. A player of his quality will be looking to win it and not just play in a tournament. The question is, at a time like this, will it be the right move?

Three-time champions ATK FC, who are set to merge with reigning I-League champions Mohun Bagan, could be the perfect fit for Jhingan.

First of all, after the merger, ATK-MB will arguably be the biggest club in India with the highest fan following. There will be a passionate fan base to back the team, and all the support will only egg Jhingan on to perform better.

He can also become the leader of the team, command everyone’s respect and admiration. And then, there is a really good chance of ATK-MB performing well at the AFC Cup, which would only highlight Jhingan’s success as a player in later years.

Having said that, it is up to Jhingan to decide where he wants to play in the upcoming season. If there is an opportunity to play abroad, he should probably take it, but only time can tell where he will end up playing.

Eyeing a resumption in September, Asian Tour's CEO Cho Minn Thant has said that India would be a big part of the revised golf...
Read more
Coronavirus

New Zealand became the fourth country to qualify for the FIFA Women's U-17 World Cup to be held in India next year after being...
Read more
131,137FansLike
12,191FollowersFollow
7,162FollowersFollow 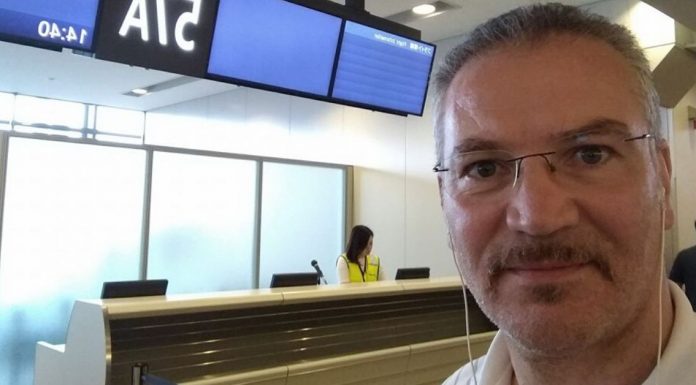