Juan Ferrando, the newly appointed head coach of Indian Super League (ISL) shield winners FC Goa, interacted with a group of journalists over a Zoom video call on Monday afternoon. The discussion ranged from the AFC Champions League challenge, rebuilding the squad, the uncertainty in football brought on by the coronavirus pandemic and more. Following are excerpts:

Q> Goa will be the first club to play in the ACL, how important is it to do well in the competition?

ACL is so very important, not only for Goa but for Indian football. The best teams in Asia compete in the tournament, they have the best players in the continent fighting it out… For us, it’s a good opportunity to play in the ACL. To play in that atmosphere, in those stadiums, against the strongest teams in Asia — it’s a very exciting prospect.

Q> Coach, you have two of the biggest challenges one could ask for in Indian football — representing the country in the ACL and, at the same time, rebuilding the core… How do you plan to take both on simultaneously?

It’s difficult, both the challenges. But we have a good coaching staff, a good squad and we will be ready, I think. You can’t think of this as two different challenges, it’s part of the same process. You have to work hard, prepare and be ready for all the matches. Not only the ISL or not only the ACL, but also for the friendly games. Because it is during the pre-season friendlies, that we will understand how the team is playing. The next season will be hard, we need more competitive mentality…it’s a good challenge and we are not afraid.

Q> The ACL will see more number of Indian players on the field. How do you see it as a challenge?

It’s a great opportunity for Indian players. Back in 1996, when Louis Van Gaal was coming to Barcelona, he brought with him, eight Dutch players. And then what happened was that the players of the academy started working harder to fight for a place, the players worked side by side to bring the best out of each other. This is a similar situation. Ravi (Puskur, FC Goa’s sporting director) and I often discuss how important it is to have 3-4 senior foreigners in the squad who would help the young Indians both on and off the pitch. I think we will be ready.

Q> Given the current circumstances, what is the transfer policy the club is adopting?

We have a good director in Ravi, and I don’t have to worry about this a lot. We have meetings every day, whether it is a Sunday or a Monday or any day… we are looking at different players. It’s a new situation for all clubs, not only for Goa. But I know that we are expected to find good players. I think the transfer window will be extended by one month, we don’t know. But I am confident that we will have a good squad for ISL as well as ACL.

Q> Have you had the chance to study Indian football? If yes, which clubs do you think will challenge Goa next season?

I have watched a lot of games but at this moment, it’s difficult to say which clubs will be strong. For example, I don’t know at this moment if ATK are going to change 3-4 players or change their style. But yes I have been watching a lot of games because you can see some details. You can learn a little about individual players’ styles, if they like to play inside or outside. This is not the time to measure other teams because surely, they will tweak a lot of things before the start of the new season.

Q> Sergio Lobera has set the benchmark high with his attacking brand of football. The fans expect the same from you.. Does that put you under pressure?

Of course, the coach did a good job, the team was playing so good, they won the league,  lots of positives, my next step is to continue growing the team, to help the young players, to continue the same style, tactics. and to play well in the ACL.

I have seen the players and watched the games. You know, sometimes, it’s not about making any major changes. Maybe, you need to add a few new things. As a coach, I don’t have a strict mentality, that this is my style and you have to play in this style. The players need to feel free on the pitch, they are the protagonists. The coach can only help in making certain decisions, but at the end of the day, it is the players who go out there and perform.

Q> What according to you would be a successful season for FC Goa?

Win, win, and then, win, win, win and then, win (laughs). On a serious note, we are talking about football. It’s important to play good football, to win but if I ask you which was the best team at the Russia World Cup? You will pick France. Why? Because they won the Cup. You don’t say, ‘I remember Brazil playing well in this match’.

Simple, at the end of the day, football is about results. You have a good result, everyone will be happy. 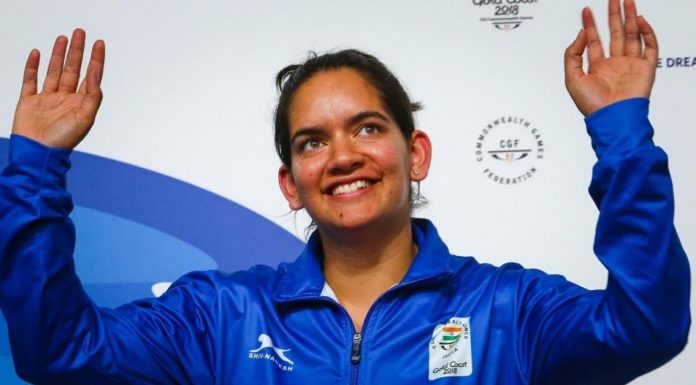