No goals scored in their first 4 games, no away wins for more than a year, a misfiring strike force and a failing manager — Chennaiyin FC had been on a miserable run in the Indian Super League (ISL).

At the end of November, a month or so into the new season, John Gregory, their title winning manager from 2017 was sacked and Owen Coyle, the former Blackburn boss, was appointed as his replacement. At that point, 6 games into the season the Marina Machans were languishing at the bottom of the league and looked certain to finish in the bottom half of the table.

And then everything changed.

Not much was expected from Coyle but boy he delivered and how. Under his tutelage, the former champions scored 26 goals in 11 games, winning 4 away games and qualifying to the playoffs in sensational style. Having garnered only 1 win, scored 4 goals and conceded 10 after their first half dozen games of the season, even the most ardent Chennaiyin faithful would have found it hard to believe that they could make the cut for the top 4. But they somehow fashioned it in a truly remarkable fashion and here’s how they did it:

#1 Coyle upped the ante with his tactics and high-pressing

In his first game in charge, Coyle immediately made some tactical adjustments that reaped rich dividends for him. He introduced a 4-2-3-1 formation, pairing the brilliant Edwin Sydney in holding midfield along with Anirudh Thapa. Upfront, he gave the quartet of Chhangte, Crivellaro, Schembri and Valskis the freedom to change positions and press as a bloc as soon as they lost possession.

The intent was clear, they had to score and win as many matches as they could and Coyle threw caution to the wind and instructed his team to just execute his vision. The result was for all to see: the 6-3 thrashing of Kerala Blasters away from home being one of them. With 2.4 goals per game, the Machans roared into the semifinals in style and will now be taking on the champions of the league stage, FC Goa in a bid to make it to the finals.

#2 The irresistible form of Crivellaro and Valskis

Having found it hard to integrate themselves in the team under Gregory, Crivellaro and Valskis were the architects who built Chennaiyin’s dream run under Coyle. Being freed from the shackles of tactical rigidity, the duo turned the season around with their remarkable understanding and eye for goal.

Crivellaro has 7 goals and 6 assists to his name, while Valskis netted 13 times and set up a goal 5 times this season. The likes of Thapa, Schembri and Chhangte all contributed to the cause as well, scoring key goals or unlocking defences with key passes throughout the second half of the season to ensure smooth sailing.

#3 The change in mentality of the team

Composed of a talented bunch of Indian and overseas players, there was never any doubt that Chennaiyin boasted a very good squad but it took someone like Coyle to unlock their full potential. Alongwith the promising contingent of Edwin, Thapa and Chhangte, the likes of Kaith and Germanpreet also stepped up. Thapa really lapped up all the praises with his midfield performances, registering 5 assists in the league season and becoming only one of 2 Indian footballers to do so.

Similarly, the overseas bunch apart from Crivellaro and Valskis also chipped in, with Schembri scoring 5 goals and setting up 3 more. At back, Lucian Goian marshaled the troops in remarkable fashion and set up a watertight defence which shipped 1.3 goals on an average under Coyle. It was indeed apt that it was Goian’s goal, at his old club Mumbai City FC that saw Chennaiyin through to the semifinals.

All in all, it was a fairytale season for the Blues but it remains to be seen just how much farther they can go. Owen Coyle will be confident of his wards but FC Goa are no pushovers, so expect a very keen contest from these sides in the playoffs!

If you have found yourself not liking traditional workouts with machines and circuits, you may enjoy switching it up with one hour of high-intensity...
Read more
Football

Former FC Goa coach Sergio Lobera could possibly return to Indian football as he might take the reins of Mumbai City FC as the...
Read more
Basketball

The campaign carries the message of solidarity in these challenging times and promotes the guidelines put in place by WHO to practice good personal hygiene, social distancing and where enforced, respecting the #StayAtHome rules.
Read more
129,221FansLike
11,368FollowersFollow
6,937FollowersFollow 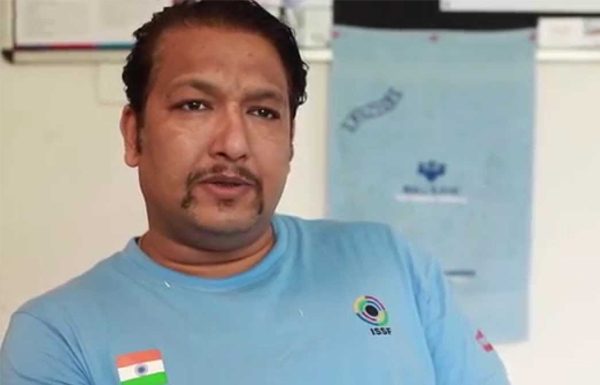 Press Trust of India - Modified date: March 25, 2020
Confined to their homes owing to the COVID-19 pandemic, India's marksmen and women will soon be provided with shooting range simulators -- SIUS Ascor's electronic target systems -- which will allow them to practice indoors efficiently. Work is already underway but it could still...
Read more