The All India Football Federation (AIFF) has invited bids for new clubs to join the I-League from the 2020-21 season.

The AIFF’s tender notice includes the names of several cities like New Delhi, Ranchi, Jaipur, Jodhpur, Bhopal, Lucknow, Ahmedabad among others. It also says that a club operating in the I-League “will have the opportunity (if applicable and subject to qualification) to compete in the AFC (Asian Football Confederation’s) club competitions.” Of the seven specific cities mentioned, six have never featured in the I-League.

With defending champions Mohun Bagan merging with ATK and the newly formed entity set to take part in the Indian Super League (ISL), ten teams are left in the I-League which is now effectively the second division in Indian football. Even East Bengal wants to move to the ISL, which, if it transpires, would mean that the I-League would have only nine teams.

The country’s chief football body also said that clubs can acquire the invitation to tender on any working day from 10th June to 20th June, 2020 between 10 am and 5 pm from the AIFF Football House in Dwarka upon payment of INR 400,000 (non refundable and non adjustable).

The AIFF had previously invited bids for new clubs back in 2017, when Bengaluru FC had switched to the ISL, following which there were two new additions (apart from the Indian Arrows) – Gokulam Kerala FC from Calicut and Neroca FC from Imphal, Manipur.

It is expected that any new team joining the league would be exempted from relegation for a few seasons, as has been the case with teams getting direct entry in the past.

Is it a good time to join the I-League?

The ISL is now effectively India’s top flight, there are two AFC competition slots the league offers — the winners during the league stage get a direct AFC Champions League while the eventual winners would get an AFC Cup play-off spot. There is only one slot from the I-League, i.e. a direct entry to AFC Cup for the winners. This year, though, due to complications of the ATK-Mohun Bagan merger, Bengaluru FC were unexpectedly awarded the play-off spot.

At first glance, it would seem suicidal for a club to want to join the I-League. It has been in flux for a while now, matches are not telecasted, matches are held on weekdays, kickoffs take place during the afternoon in scorching heat — one could go on and on.

However, if you look at the larger picture, there is a real chance of doing well and maybe getting promoted to the ISL in the near future. The AIFF’s roadmap, that was unveiled with much pomp in Kuala Lumpur last year, clearly mentioned that promotion-relegation would eventually come into effect in the ISL and I-League. If a club joins the I-League this year with meticulous planning and a balanced squad, there is a good chance that they would be within a earshot of playing in the ISL soon.

Indian boxer and World Championship silver medallist Amit Panghal has climbed up the leaderboard to the first spot in the rankings released by Amateur International Boxing...
Read more
News

The Indian Olympic Association (IOA) on Monday adopted a new branding and visual identity, including an institutional and a commercial logo, to celebrate a...
Read more
131,594FansLike
12,373FollowersFollow
7,218FollowersFollow 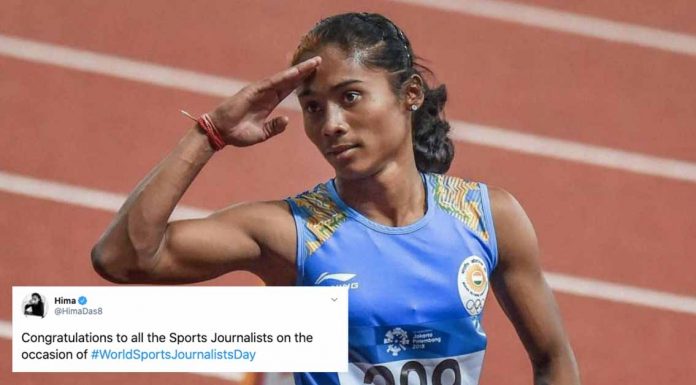 The Bridge Desk - Modified date: July 2, 2020
July 2 marks the event of World Sports Journalists Day. Sports journalists are the messengers on the sports frontline that help connect athletes and their fans. This day also commemorates the establishment of the International Sports Press Association (abbreviated AIPS from its French name) which occurred in 1924...
Read more