Which are the top 5 hockey stadiums in India?

Hockey was one of the earliest sports in which India found success globally. From the late 1920s to the 1980s, India was a force to reckon with in the hockey field. The country has produced some of the legends of the game like Major Dhyan Chand, Balbir Singh, Udham Singh among others. The recent success of the Indian men's hockey team, make them one of the best teams in the world. We also boast of some of the best hockey stadiums. Here are the top five hockey stadiums in India: Mohali International Stadium used to serve as the home ground for Punjab Warriors in the Hockey India League. The construction of this stadium was started in 2011 and was inaugurated by former Chief Minister if Punjab, Prakash Singh Badal in September 2013. It has a pink-blue astro turf, with a seating capacity of 13,500 people. Mohali International Hockey Stadium also served as a makeshift jail during the coronavirus imposed lockdown, where people violating curfew guidelines were kept. 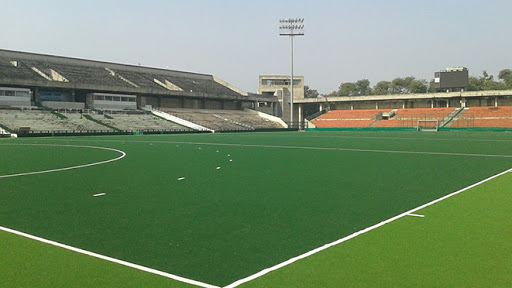 It is one of the biggest hockey stadiums in India with a seating capacity of almost 30,000 people. It was the home ground for Chandigarh Dynamos and Chandigarh Comets in the Premier Hockey League and World Series Hockey respectively. It was first built in 1988 and was later renovated in the year 2007. The Chandigarh Hockey Stadium has played host to various tournaments like Indira Gandhi International Gold Cup, Asian School Hockey etc.

Also known as Raipur International Hockey Stadium, it is located in Raipur, Chhattisgarh. It is Chhattisgarh’s second astro-turf stadium after the Rajnandgaon International Hockey Stadium. It was built in a record time of four months and was inaugurated on in November 2015 and has a seating capacity of 4000 people. The first international match played in this stadium was between India and Australia, which ended in a stalemate. 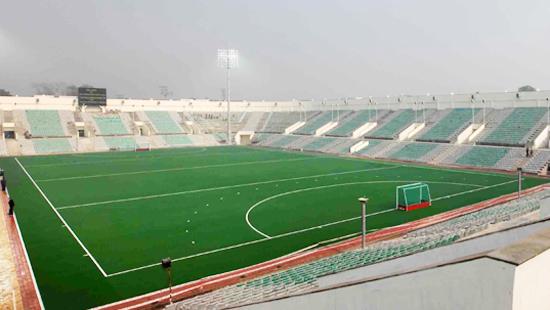 Formerly known as National Stadium, it was renamed as Major Dhyan Chand National Stadium in the year 2002 and is located in New Delhi. It was first built as a multipurpose stadium by Maharaja of Bhavnagar in 1933 as a gift for Delhi and was originally named ‘Irwin Amphitheatre’. The name was changed to National Stadium before the 1951 Asian Games. It has a seating capacity of 16,200 and has three synthetic pitches – two in line with the international standards and one for practice. This stadium was the host of 2010 Hockey World Cup and the 2010 Commonwealth Games. The Kalinga Stadium is located in Bubaneshwar, Odisha. Though this is a multipurpose stadium, it is mainly known for its hockey arena. It was founded in the year 1978 by the former Chief Minister of Odisha, Late Biju Patnaik. With a seating capacity of 16,000 people, it is one of the biggest hockey stadiums in India. It was also the home to Kalinga Lancers, a team based in the region in Hockey India League. Moreover, the hockey arena of Kalinga stadium boasts of hosting events such as Men’s FIH Pro League 2020, Men’s and Women’s Olympic qualifiers 2019, Hockey Champions Trophy 2014, Men’s Hockey World Cup 2018 to name a few. Over the years, the Kalinga Stadium has also grown to be one of the major tourist attractions in Odisha.