This season, the Indian Super League (ISL) will feature a plethora of seasoned foreign defenders in almost every team. While some of the new recruits have experienced football in Europe and/or Australia, there are others who have played in the ISL last season and have proved their mettle in Indian conditions. Here we list out our top five foreign defenders to watch out for this season, in no particular order.

Fall was undoubtedly one of the players of last season for FC Goa. The 6’3” Senegalese was always available for Sergio Lobera when he needed him and formed the basis of their top of the table finish in the group stage alongside his defensive partner Carlos Pena. The two of them were the only defenders to feature amongst the top 10 in the most touches as well as the most passes list last term, indicating his ability on the ball in a possession-based style of play.

Add to that a passing accuracy of more than 87% and you have a player who is rock solid at the back and can initiate attacking transitions from defence. He also scored 5 goals and assisted 3 in 19 matches last season, and reunited with Lobera at Mumbai City FC, he will have the freedom to assert himself in set-piece situations once again. His speed, agility and ability to anticipate dangerous situations make him stand apart from others, and much would depend on his form if Mumbai City have to give a good account of themselves this season.

The left-footed Spanish centre-back was a mainstay for Jamshedpur FC in the last three campaigns. He also had a two-year spell with ATK between 2014 and 2016 and has re-joined the side which is now ATK Mohun Bagan. Having started his career with Cadiz CF in Spain, Tiri has been a regular fixture in the Spanish lower divisions with Atletico Madrid’s B side and Marbella FC before moving to India. Having now spent five seasons in India, he is well-versed with the demands of playing in the country and the nature of the league and alongside Sandesh Jhingan, should be a regular under Antonio Lopez Habas. Although his 2019-20 campaign was cut short by a rib fracture that he sustained in January, the 29-year-old is now fit and would be raring to go at his new club. His physicality and leadership would definitely hold ATK Mohun Bagan in good stead in the seventh edition of the ISL as well as their AFC Cup campaign and should further improve their defensive record from last season with the team having conceded just 19 goals in 21 matches last term in the league. 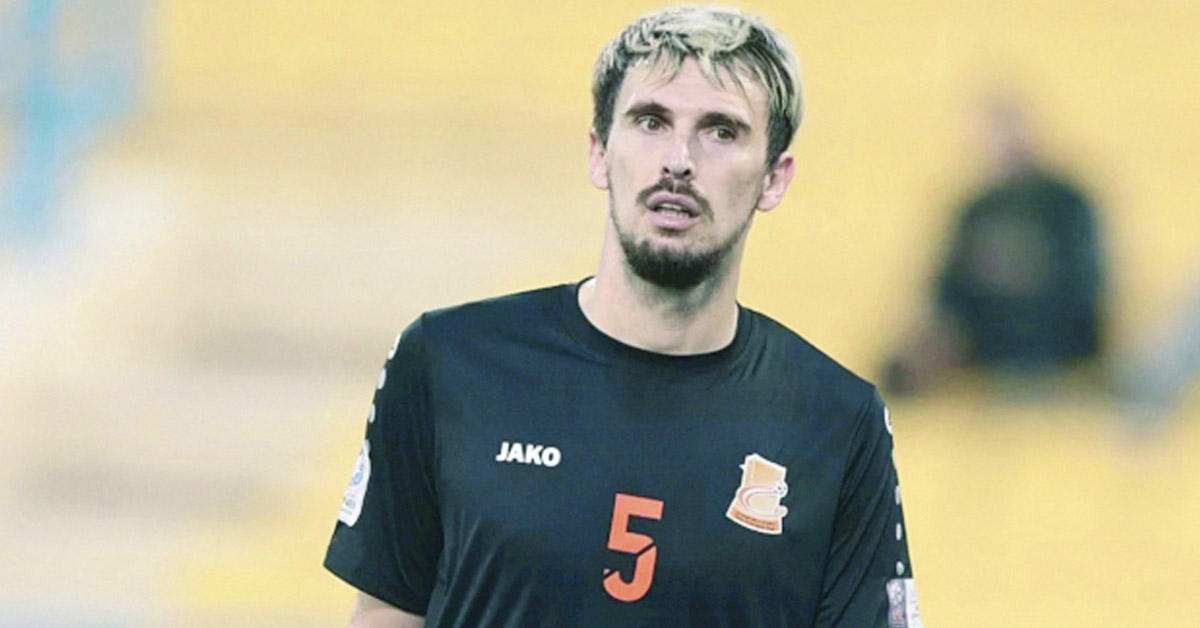 The 30-year-old joined Chennaiyin as a free agent after and became the third defensive signing made by the club after full-backs Reagan Singh and Chhuantea Fanai. He is the first Bosnian to ever join an ISL club and at 6’6” is a towering presence at the back. Sipovic has previous experience of playing in Asian conditions from his time in Saudi Arabia with Ohod Club and at Qatari club Umm Salal SC, for whom he featured briefly last season. He has also had spells in Romania, where he won the league with Otelul Galati, as well as in Belgium and Morocco.

Composed on the ball and commanding in air, Sipovic is expected to be the perfect foil for fellow centre-back Eli Sabia as coach Csaba Laszlo looks to put the disappointment of last season’s final defeat against ATK behind and challenge for Chennaiyin’s third ISL triumph. Having plied his trade in the heat of Morocco and the Gulf countries as well as sub-zero temperatures in Romania, Sipovic is a battle-hardened professional who should fit in perfectly in a talented Chennaiyin side who have a knack of making most of the resources at hand and winning against all odds.

Zimbabwean centre-back Costa Nhamoinesu is an excellent acquisition by the Blasters owing to his huge experience in Europe, leadership from the back and ability on the ball and aerially. The 34-year-old arrives in Kerala from Sparta Prague, having captained thewell-known European side and earned the title of a legend amongst fans and supporters back in Czech Republic. He has featured extensively in European continental competitions as well, having played 33 times in the Europa League/qualifiers and 7 times in the Champions League qualifiers.

Originally from Harare, Nhamoinesu has also played in Poland with Zaglebie Lubin apart from a couple of clubs in his homeland, AmaZulu and Masvingo United, and should bring a considerable amount of stability at the heart of the Blasters’ defence under new head coach Kibu Vicuna. He would also be a huge help for young defenders like Nishu Kumar, Abdul Hakku, Sandeep Singh and the likes and guide them towards improving themselves. English defender Peter Hartley has joined Jamshedpur FC on a two-year deal and is definitely one of the best defensive signings that any club has made this season. The 32-year-old captained Scottish club Motherwell FC to a third-placed finish last season, just behind legacy clubs Celtic and Rangers, enabling them to qualify for the Europa League for the 2020-21 campaign. In his long and eventful career, the former Sunderland, Blackpool and Stevenage defender has played 418 matches, keeping a clean sheet in 122 of them and scoring 37 goals.

His experience in the English leagues as well as cup competitions like the FA Cup and League Cup will be like gold dust for Owen Coyle and his men as they look to him for improvement in an area where they have struggled last season, conceding 35 goals. Having played against almost all the top English sides at some point in his career, his knowledge of the game and ability to read situations will be crucial for Jamshedpur who, after a promising transfer window where they got in some strong additions, will be looking to make a good start in the ISL.