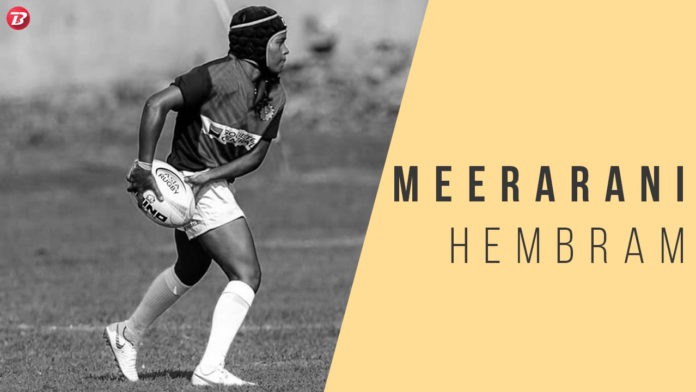 Born into a poor household, there was no end to our struggles. But I nursed a dream to achieve something big for myself and my parents one day. When I was ten years old, my father sent me to a nearby orphanage where he thought I would get a good education and three square meals. Citing poverty as the reason for his inability to bring up five children, I was sent to the orphanage along with my brother and sister. My father had no way out. Realising our hard times, the neighbours tried to persuade my father to give us away but he was too stern to let us go. He must have thought, the orphanage was the only way out.

A long journey to rugby’s pinnacle

Truth be told, there is no development in my village with regard to sports. My journey with rugby started with KISS (Kalinga Institute of Social Sciences), a free residential school for tribal children in Bhubaneswar. No sooner had I started playing the sport than I realised the love for it. Indian women’s rugby team soon broke into the national side, the wheels finally came off for us.

In what was a truly historic achievement for us, we claimed our first-ever international 15s win 21-19 over Singapore at the Asian Rugby Women’s Championship Division 1 this year. While travelling to Singapore for the team’s international debut, I mused on what path my life would have taken if my father had given me away to a Singaporean couple who were interested to adopt me some 17 years ago. What if he had agreed, I often wonder, perhaps then my life wouldn’t have been this miserable. Maybe then, I would not be playing rugby.

All in the game

I can’t tell if it’s the intricacy, the sheer physicality, or the unity that the game inspires, but I was drawn to rugby ever since I started playing at the age of 12. It is different from other sports, when I stepped onto the field and got that oval ball in my hands, I thought anything was possible. Soon after, rugby would dominate my thoughts more and more until I couldn’t wait to be on the field and see my efforts come to fruition. It challenges you not just physically, but mentally. It truly is a game like no other.

That’s why I was inclined towards rugby. I am passionate about the sport, it has given me a lot. I was only 12 years old, but I still enjoyed the physicality and skill of the sport. It gets me up each morning and each session. I have learnt to not give up and to speak for myself.

If I have to recall, I was never interested in studies. My interest in academics was never as strong as my interest in sports. There are only a handful of athletes with a balanced sporting as well as the academic side. Academics and sports are always competing priorities. That aside, joining the KISS has helped me bring my focus back, in both academics and sports. But truth be told, I never loved to read, I barely understood anything of it. But as I grew up, things became much easier for me. I easily managed to secure first division marks in all subjects.

‘We were very disappointed and hurt’

We were full of hope and optimism ahead of the big tournament. We had been practicing for many years because participating at the 2018 Games was a big deal for us. We were part of the national camp for two weeks at Sports Authority of India (SAI) centre in Kolkata. Then came the shock. I remember many from the team had to quit their private jobs for which they had put in years of effort for a crucial opportunity like this. They couldn’t have worked in the private sector and taken 2-3 months of leave at the same time. Their spirits were down.

We were robbed off the opportunity despite producing good performances. The team on their part sacrificed a lot for the tournament. We deserved one chance at the Asian Games. The girls chose between their jobs and the Games. It was very heartbreaking. Although we were very disappointed and hurt, the incident pushed us forward and gave us a new purpose in life.

She can, and she will

I believe role models are an important component for the development of women, especially on the field of play. It is often a slow and arduous journey for women in sports. I have had to overcome hurdles in the past to reach this place and I want to lead by example. Women are required to see the confidence, leadership, and success in other women and the sacrifices which are significant to excel in a sport, perhaps also to envision themselves with those abilities and realise that it is possible for them, too in order to become equally successful.

Women in sports are not always encouraged. I understand there will be constraints and hurdles initially, but the challenge is to overcome all of it and come out stronger. Women should not stop doing what they love. Our mindset keeps setting us apart — we, as women, usually refuse to think beyond our present circumstances which limit our abilities as sportswomen. This makes it very important for a woman to be focussed on her career, be it on the field of play, or in the office, in politics.

I still remember the disbelief I faced when I showed up as a rugby player. A few asked me if I believe there is a future for women’s rugby in India. This lukewarm response to women’s sports has what held back women from expediting their efforts at honing their talent. Sportswomen should realise the importance of gaining a good education and combining it with an equally good athletic career. Undoubtedly, our team is forging a niche today. We have so many female role models in India who have taken the sporting world by storm. There are people who we should look up to and keep aiming high for the future.

I have lost both my parents at a small age. I lost my mother when I was three, I can’t exactly recall the memory of us sharing each other’s company. I had perhaps never realised her absence because of my father. My father bore the entire burden of the family. Burdened with threats arising out of financial instability, my father decided to enrol the three of us at KISS. The journey started henceforth, and then my love for the sport.

But then all good things don’t last too long. My father passed away during the Sri Lanka tour in 2016. With only two days left for the team to leave for Sri Lanka, I was feeling helpless at the news of his death. His death bereaved me, I became numb. My elder brother, who has been my pillar of strength, asked me to stay on with the team.

I couldn’t attend my father’s last rites because I wanted to stay with the team and play for India. I knew I had to be strong. I had spent my entire scholarship fund for his funeral. That was my way of paying him back for all the efforts and sacrifices he had made to see me succeed. I miss my dad terribly. Had he been alive today, he would have been so proud of my achievements. I remember a few telling me that if we couldn’t remember the existence of the ones we lost, we couldn’t feel sad about it. But, it is all a lie.

Maharashtra gears up for another marathon after Pune and Mumbai 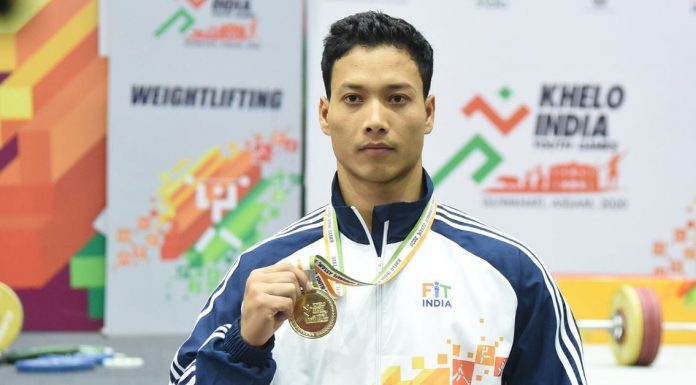 The Bridge Desk - January 20, 2020
Assam's weightlifter Gulap Gogoi broke the junior nationals record (clean and jerk score record and total score record) in the 81kg category (Under-21) at the Khelo India Youth Games in Guwahati on Monday. When the 19-year-old was asked about his performance, the...
Read more