There will never be a dearth of children who want to play football: Shaji Prabhakaran

When Shaji Prabhakaran was hailed as the President of the Delhi Soccer Association, he knew he was taking on a massive responsibility. After all, football in India is as sacred as it is neglected, both at the same time. For someone who was born in Kerala and raised in Bengal, it is not unexpected that football would become an integral part of his life.

Growing up in a place like the Dooars in North Bengal, there is very little entertainment that the place could offer and the passion that was present among little boys, many of who did not even go to school, played an important role in shaping the vision that Prabhakaran is executing today. Today, he is one of the most earnest voices of the importance of grassroots development of football in India and in the two months of him being the President of the Delhi Soccer Association, things have already shifted from being merely on paper to some plans already being put into action.

'From my childhood, I knew my path was football, in whatever form but it is in college when I had a few brushes with the administrative wing of football that I realised that the real work lies in the grassroots. That is where the work lies and where our focus should be directed towards. It is the stage where children do not receive the systematic attention that they deserve and it leads to the neglect of a lot of potential.'

Prabhakaran said while recalling the difficulties that lie in this country when one attempts to follow their dreams. Taking his own example, he added, 'It was not easy to earn my bread and butter from passion and it is up to the administration to take care of the infrastructure to allow the children to pursue sports seriously from a young age. All that the children have are their coaches and elders to look up to.' 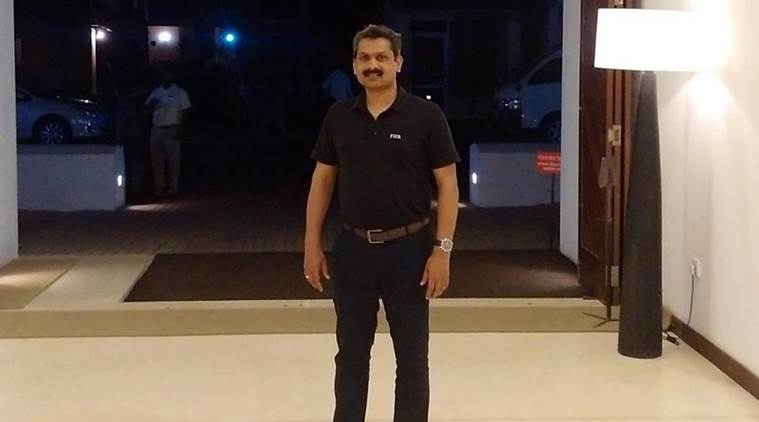 A pumping major problem that plagues India is the of resources in the correct places. Like it is the case in all adventurous projects, Prabhakaran talks about the same problem posing as the biggest challenge in the implementation of developmental projects in sports. These are projects that require a certain degree of risk factor and most of them are projects that begin from the bottom of the rung.

Hence the difficulty lies in securing the support and resources of the right people. 'The biggest challenge that we face is in terms of resources. There will never be a dearth of children on a football field. But in order to give them the best amenities, the right people need to lend a helping hand. The problem with India is that people who have the resource choose to invest in things that already are popular and have a brand value.

They run after all that is shiny and grand and pay little heed to the places where they could actually make a real difference.', Prabhakaran insisted. He went on to chart out how the gaping hole in the administration lies in the fact that school children, who form the largest chunk of the untapped talent get ignored in this manner. 'For the situation to improve there are certain factors which need to be included.

Brand association and celebrity endorsements make a lot of difference in the way the people accept things but it requires a lot of investment and that is lacking on the school level,' explained Shaji. While the FIFA U-17 World Cup was being hosted, the Mission XI Million was started where the entire focus was concentrated on spreading the sport of football to school children.

The approach that it took was the way ahead according to Prabhakaran and he talked about how under Khelo India the plan should flourish only more. 'The government, for the first time, invested so much in a project like this. But the trick is to continue this on a long-term basis. Mission XI Million was part of the world cup promotion. Now the government should continue the work in large scale with Khelo India. The fact that it will so be live on TV with Star Sports will also be a huge encouragement for the kids. It is the right way to bring about change.' Shaji opined. The importance of working on grassroots is something the DSA President reiterated time and again. When asked about the empty stands in the stadiums when India or the Indian clubs are playing, he was quick to point out the vast diversity that exists in Delhi and how the local connect could only be brought, once again, through local participation. 'Delhi is like a mini India, you know.

When a club from the northeast plays, their regional support base turns up. But overall, the people in Delhi fail to see themselves as part of the game. They do love football game; there is no doubt about it. They will brave the winter to come for live screenings of La Liga matches but they don't feel involved in the Indian games. That is what I aim to change.'

Shaji said as he went on to talk about certain plans that he has in the future to bridge the gap between the sport and the people. 'My main aim is to see children playing football under a structured and organised system. I want to see events like Players' Melas so that those without clubs get some affiliation. "I want to see an increase in capacity in the system and football needs to become big in Delhi irrespective of my presence,' he continued.

Even though he has been in office for less than three months, he seems to have set the ball rolling and in his eyes, things seem to be taking shape already. 'Many important brands are in discussion, while several have committed. In fifty days, a lot of work has been done. I didn't expect so much to happen or to find such great partners in this short time. It gives me a lot of motivation and in turn, to the whole structure.'

While dwelling on the integral part that school children can play in the development of sports, a remarkably bright spot in Prabhakaran's plans is the keeping in a loop, the young girls. The fact that the attitude that people have in certain belts of the country to women curbs the possibility for them to grow is not lost on him. 'Encouraging women's football from a young age is immensely important.

Football is already more popular among girls in Delhi than it is in any other city. It can be a key weapon to battle for the empowerment of the girl child. Even though professional leagues will take time, we want to start more tournaments for girls so that their game has some value.' He went on to suggest that once youth leagues begin for the girls such U-17 and U-14 leagues, it would become a lot easier for them to play the sport seriously.

'There should even be mixed leagues in the U-11 and U-9 categories. I earnestly want football to be the main women's sport that is played in Delhi,' he added. A decade ago, most people would say that this is nothing but building castles in the sand. But with the Government of India finally coming on board and with a sportsperson in charge of affairs it may be a little more realistic now. In the end, only time will tell if these will remain as dreams of an ambitious man or will they indeed be turned into reality.