It wasn’t certainly what the doctor ordered as far as Indian tennis was concerned. The amount of dirty linen being washed in public domain by the players and the All India Tennis Association (AITA) could well have avoided even as the International Tennis Federation (ITF) decided to shift the India-Pakistan Asia-Oceania Group I Fixture from Islamabad to a neutral venue.

It may be noted that the Davis Cup tie was originally scheduled to be held on September 14 and 15, was put off by the ITF by two months to November before the world body zeroed in on November 29 and 30 for the Davis Cup tie.

Over the last three months or so, the focus has been on whether the Indian team will play its Davis Cup tie, but just before ITF took a call to shift the tie to a neutral venue, the AITA literally sprang a surprise by replacing non-playing captain Mahesh Bhupathi with AITA Selection Committee Chairman and former Davis Cupper Rohit Rajpal (he had made his only Davis Cup appearance against South Korea at Seoul, where India were whitewashed 0-5 – a development that not just left the Indian players but also its tennis lovers stunned. The move to wield the axe on non-playing captain Mahesh Bhupathi evoked strong reactions from not just the former but also from senior player Rohan Bopanna – both Mahesh and Rohan used their Twitter handles to castigate the move of the AITA.

It was widely believed that Mahesh Bhupathi’s reluctance to travel to Pakistan over security concerns for the Davis Cup tie went against him. Even the country top three men’s singles players – Prajnesh Gunneswaran (ranked 94), Sumit Nagal (129) and Ramkumar Ramanathan (199) along with top two doubles players Rohan Bopanna and Divij Sharan had earlier made themselves unavailable if the Davis Cup tie was held in Pakistan citing security apprehensions.

The reluctance of the non-playing captain along with these five players prompted the AITA to identify players, who are willing to play the Davis Cup tie in Pakistan. This is where veteran Leander Paes came into the picture, as he readily agreed to play in Pakistan along with the likes of Saketh Myneni, Jeevan Nedunchezhiyan and N Sriram Balaji.

Clearly, the players’ tirade against the AITA and the federation’s timing of appointing the non-playing captain have left a lot to be desired. “Look, the contract of Mahesh Bhupathi was over after our last Davis Cup tie against Italy. Anyway, it is the prerogative of the federation to appoint a captain and nothing should be read into the timing of the appointment of Rohit Rajpal,” says AITA Secretary General Hironmoy Chatterjee.

Also Read: I was always willing to travel to Pakistan for Davis Cup match

The biggest talking point is whether the AITA will pick the top five players, who had declared their unavailability if the Davis Cup was played in Pakistan now that the tie is moved to a neutral venue. A lot of curiousness also surrounds over the fate of veteran Leander Paes, Saketh Myneni, Jeevan Nedunchezhiyan and N Sriram Balaji, who had offered to play in Pakistan when many of the top players wanted to give the tie a miss if it was played in Pakistan.

“All players who intimated us about their availability will be considered“

The Kolkata-based AITA official shared his perspective on the same. “As far as the AITA is concerned, we are going with an open mind. The Rohit Rajpal-headed selection committee will meet on either November 10 or 11 to pick the side once the neutral venue is decided on November 9. Pakistan of course, has the right to appeal before the Davis Cup committee. Prajnesh Gunneswaran and Divij Sharan have opted out as they are getting married later this month. Ramkumar Ramanathan and Sumit Nagal have apprised us their availability. Our stand is clear – all players who have intimated us about their availability will be considered,” says Chatterjee.

The AITA secretary general dropped enough hints that veteran Leander Paes along with Saketh Myneni, Jeevan Nedunchezhiyan and N Sriram Balaji will be in the reckoning. “It is difficult to ignore these players as they came forward to play in Pakistan when others did not. The selection committee will consider everything before picking the side.”

The conversation centred around whether outburst-hurling Rohan Bopanna will be considered for the Davis Cup tie now that the tie will be played at a neutral venue. Chatterjee played his cards close to his chest but was clearly unhappy with his conduct. “Grievances should not be poured out on a Twitter handle. I think he exceeded his brief and it is disappointing to see him react the way he did. As far as picking him in the Indian team for the Pakistan Davis Cup tie is concerned it is for the selection committee to decide.” The AITA secretary general stopped short of reacting to Mahesh Bhupathi’s comment that the federation resorts to divide and rule. “I have nothing to say – it is his opinion.”

One hopes that the federation picks a strong Indian Davis Cup team for the tie against Pakistan and the national team emerges triumphant in the contest that will be held at a neutral venue.

Indian tennis star Sania Mirza was forced to retire from her women's doubles first round match at the Australian Open along with...
Read more
Tokyo 2020

The day seemed to get worse and worse for Indian tennis star Rohan Bopanna. First, he got knocked out in the first...
Read more
Others

Professional female sports stars have always challenged society, setting precedents for generations to follow. In India, breaking away from the norm to...
Read more
News 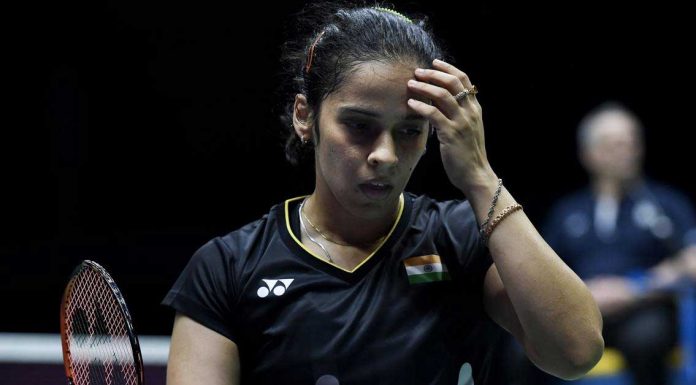 The Bridge Desk - January 22, 2020
It was a shambolic day for all Indian badminton fans as the country's top shuttlers all crashed out in the first round of the ongoing Thailand Masters Super 300 in Bangkok on Wednesday. In women's singles, Saina Nehwal lost...
Read more