Coronavirus: National cycling camp to be moved to Covid-19-free Manipur 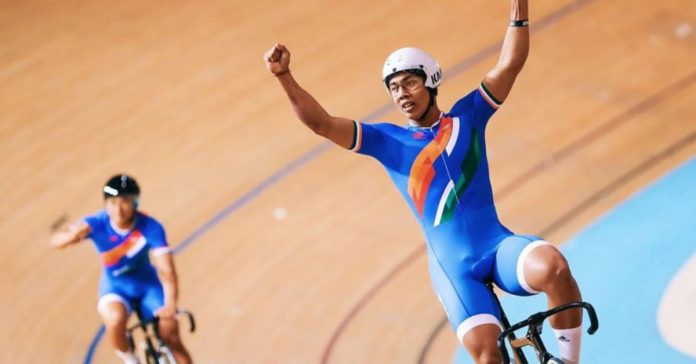 According to a report in The Times of India, the Cycling Federation of India (CFI) has planned to move its national camp from Delhi to Imphal in Manipur, owing to the circumstances caused by the ongoing coronavirus pandemic. The report adds that the decision could become a reality as early as in May itself.

The camp has been hosted at the Indira Gandhi Indoor Stadium in Delhi until now, but the state is one of the most affected states by Covid-19 in India. Manipur, on the other hand, has recorded just two positive patients, both of whom have been subsequently treated and discharged.

Shifting the national camp to Imphal has been in talks for some time now within the CFI.  India’s core group of cyclists hail from two states, mostly — Manipr and Andaman & Nicobar islands. Imphal, the capital of Manipur, has a velodrome, as well as  a hostel at the Khuman Lampak Stadium. Moreover, the roof at Delhi’s velodrome needs some repair work.

Now, given the current scenario, the federation is said to be exploring the possibility of expediting the process. Having the hostel and the velodrome within the confines of the same complex will mean that the cyclists don’t have to venture out and stay in isolation.

“We are targeting (transfer of the camp) in May itself. I have already had a word with the Sports Department in Manipur,” CFI chairman Onkar Singh was quoted saying.

“If we bring them (cylists) to Delhi, they will have to be quarantined,” Singh added. “Also, it’s going to be summer here now. So climate-wise also Imphal is more suitable. We will station the trainees there. Only 3-4 cyclists will need to be taken there from other places.”

However, there could be one logistical challenge. If the state borders remain closed, and domestic travel is restricted, how do the cyclists from Port Blair get to Imphal? The federation hopes to get special permission. Additionally, the CFI has requested the state governments of the two states to allow the cyclists to do road training in the green zone areas.

“Our athletes at these places are who did well at the World Championships. We are preparing them for the 2024 Olympics. Then there are Asian Championships coming up and the Asian Games in 2022. So sitting at home is costing these players a lot of precious time,” Singh was quoted saying. Press Trust of India - Modified date: July 7, 2020
City giants Mohun Bagan on Tuesday said it has cleared the dues of players, coaches and support staff, just three days ahead of its official merger with Indian Super League side ATK. ATK-Mohun Bagan will have their first Board meeting, to be attended by seven...
Read more