The Indian skipper has impressed with her captaincy but her poor form with the bat could be a cause of concern as her side prepares for the semifinal of the T20 World Cup.

The Indian women’s cricket team are on a roll in the ongoing T20 World Cup, registering their third win in as many matches and become the first time in the competition to qualify for the semi-finals. After defeating the hosts and defending champions Australia in their opening match, the Indian Eves registered a clinical win over Bangladesh in their next match. The Harmanpreeet Kaur-led side then continued its winning ways when they got the better of the New Zealand. The team plays Sri Lanka in its final group match.

Wins aside a pattern seemed to have emerged in how India is playing at the World Cup. Young Shafali Verma playing her first ICC event, has led the charge with the bat in the powerplay overs, which has helped India fetch quick runs in the powerplay. However, her dismissal has led to a collapse of sorts match-after-match. With Smriti Mandhana not able to get into her groove thus far, the pressure has mounted on the middle order.

The side was 41 for no loss after four overs against the Aussies but collapsed to 47 for three in the next two overs before Jemimah Rodrigues and Deepti Sharma saw the team through to a target of 132. Against Bangladesh, thanks to Verma’s 39 off 17 the Women in Blue raced to 53 with loss of just one wicket in 5.2 overs. But once the Rohtak girl got out the the team was reduced to 113 for six, before Veda Krishnamurthy’s 11-ball 20 helped the team post over 140. Against the White Ferns as well the Indians were well placed at 68 for one before the familiar middle order collapse resurfaced reducing the total to 111 for seven. They eventually scraped their way to 133.

While the frequent collapse has been much spoken about in the run-up to the World Cup, the tournament has seen batters like Taniya Bhatia, Krishnamurthy, Rodrigues and Sharma pitch in with crucial runs, which have given the bowlers a decent target to defend. The big miss however has been Kaur. Her scores from the three matches read 2, 8 and 1. The captain has been unable to contribute with her willow.

Kaur might be suffering from a poor from with the bat but her captaincy has certainly been impressive. The senior player’s tactics, field placements and bowling changes have been commendable. Her ploy to hold back Poonam Yadav as back as the ninth over against the Aussies proved to be a masterstroke.

The Haryana cricketer failed to steady the ship in the first game and instead charged at a slower ball off Jess Jonassen to leave her side reeling. Against Bangladesh, Kaur once again attempted to up the ante but failed to read a half-tracker, while she played another unnecessary shot against the Kiwis as Leigh Kasperek made no mistake in taking a simple catch off her own bowling.

Kaur’s indifferent form has carried over from 2019. Since the start of the last year she has just scored mere 281 runs at an average of 20.07 in 18 innings with a high score of 43. More disappointingly, her strike rate has just been 95.57 in this period. In fact, she has failed to cross fifty in the T20Is since her century in the opening game of the 2018 T20 World Cup against New Zealand.

The 30-year old right-hander has been a match-winner for the team over the years, and though there has been a lull of late, she has played blistering knocks in the past, and the side will hope that she can raise her game in the knockouts.

He has also given Rs 5 lakh to 'Zomato Feeding India', which is helping families affected by the ongoing national lockdown, and another Rs 5 lakh to help aid the welfare of stray dogs.
Read more
Coronavirus

Verma was 15 when she received her maiden national call-up last September and thereafter, the attention she got as a teenage sensation was expected.
Read more
Coronavirus 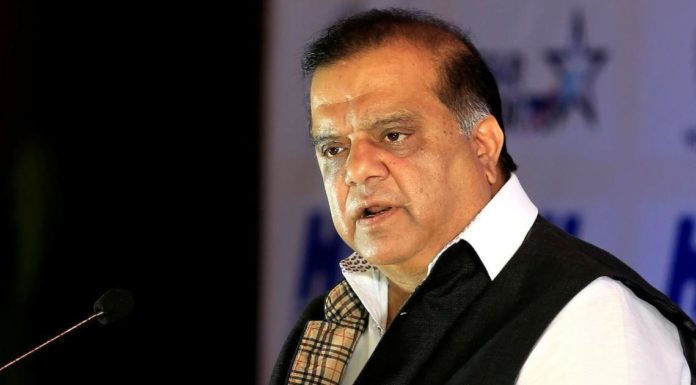 Press Trust of India - Modified date: March 29, 2020
IOA President Narinder Batra on Saturday said the Tokyo Olympics qualification events, postponed due to COVID-19 pandemic, will be held once the health crisis is resolved and asked the National Sports Federations (NSFs) to prepare a list of such tournaments in their respective sports. The...
Read more