Gopikrishnan from Cuddalore in Tamil Nadu spent a total of INR 1.50 lakh to paint his house in the colour synonymous to the Chennai franchise

Even though Mahendra Singh Dhoni led Chennai Super Kings (CSK) became the first team to be knocked out of the IPL this year, the love and craze for the franchise and their skipper continues to grow. The loyalty of CSK fan base can never be put under question and this was further proven earlier this month, when a MS Dhoni superfan decided to paint his house in CSK yellow and name it ‘Home of Dhoni Fan’.

Gopikrishnan from Cuddalore in Tamil Nadu spent a total of INR 1.50 lakh to paint his house in the colour synonymous to the Chennai franchise. The house also has portraits of Dhoni painted on the front walls and also has the CSK logo on the sidewall with the tagline ‘Whistle Podu’ written.

Gopikrishnan is a Forex trader based in Dubai and has been a die-hard fan of Dhoni since 2008. Realising that he won’t be able to support his idol from the stadium, Gopikrishnan was dejected.

“I was renovating my house and that’s when I decided to paint my house in yellow with the logo of CSK. My parents, who are also cricket fans, agreed immediately,” Gopikrishnan had said earlier.

Super Fan Gopi Krishnan and his family in Arangur, Tamil Nadu call their residence Home of Dhoni Fan and rightly so. 🦁💛

He said that he decided to paint the house in support of Dhoni who was coping a lot of negative comments for his performances in the field. He wanted to nullify the negativity and wished to spread positivity in the already disappointed CSK fan base.

MS Dhoni in a recent chat with The News Minute said, “I saw it on Instagram. I feel it’s a great gesture and it’s not only about me, they are the biggest fans of CSK as well.”

Dhoni also thanked the entire family and said, “The way they have done it, everybody will know what they are really talking about. It shows the kind of feeling that they have towards CSK and towards me. It’s not something that can be done very easily. You say, you decide, the whole family needs to agree on that. And this is something that will stay.”

This proves the reason behind why MSD remains the biggest endorser during the IPL. Even after his own failures with the bat and CSK failing for the first time as a unit in IPL history, the fans remain optimistic and continue to rally behind their bruised and battered team. 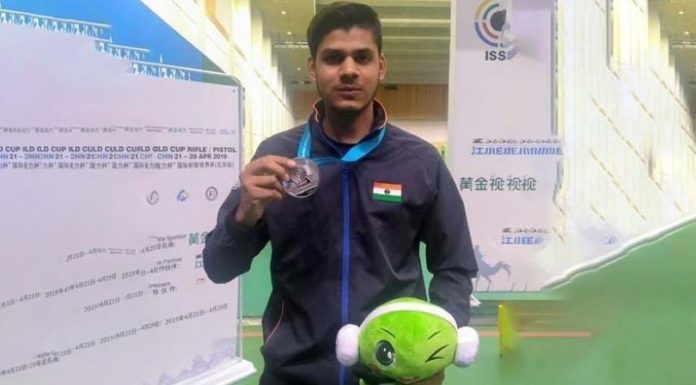 The Bridge Desk - Modified date: November 27, 2020
The world number 1 shooter, Divyansh Singh Panwar, has tested positive for the deadly coronavirus and is now home quarantined. The 18 year old, was a part of the national shooting camp at the Dr. Karni Singh Shooting Range in Delhi. 🔔 OLYMPIC QUOTA & MEDAL...
Read more