The 13th seasons of the Indian Premier League kicked on September 19, 2020. However, this year is a bit different from the previous ones–in more ways the one. For starters, this would be the first time that the entire season would be played outside of India, at least for reasons of it not being able to be played in its home country. Along with that decision to temporarily change location came several other challenges that both the players as well as the organizers must deal with and push through.

So, what are the changes that happened to the IPL for this season, and how can everyone deal with these challenging times?

No grand opening and no audiences

This is not the first time that the IPL games were held in a different country. For several times already, games were outside of India such as in the United Kingdom, in the United States, and more. However, those were intended tour games. This time, the decision to hold the entire season overseas was due to the whole coronavirus situation that India is still unable to contain, at least according to the numbers.

With that reason in mind, the games overseas will still be held under strict security and health protocols. One of the major changes would be the opening. Unlike what people got used to–an opening with a grand number performed–the 2020 season of the IPL opened without any grandeur.

After all, all games will be held under closed doors. This means that there are no live audiences and players would be playing with an empty arena. This also means that there would be no cheering from the fans, no wild reactions, and cheers for every good play played–it would just be the players in the field.

Aside from having no audiences in the stadium to cheer on the players, there would also be no official cheerleaders to entertain the crowd–which makes sense since there is no crowd to entertain after all. Still, all the absence of people in the stadium would mean a less lively game for the players. These changes came to maintain the general health protocols in the prevention of the further community transmission of COVID-19.

However, the decision not to have a grand opening number is not linked to the pandemic of the coronavirus, as most people might assume. In a public statement, the  Board of Control for Cricket in India (BCCI) Committee of Administrators (CoA) revealed that their decision not to spend money on a grand opening number was heavily influenced by the recent Pulwama terror attack that ended up killing members of the Central Reserve Police Force. The organizers of the IPL decided then to use their funds to assist the families of the martyred families of the killed CRPF instead of spending it on a grand opening ceremony for this season.

“We will not have any inaugural function for the IPL and the money budgeted for that goes to the martyrs’ families,” the Indian Premier League Committee of Administrators chairman Vinod Rai had said in a statement.

Fans can still watch the IPL 2020 season through the official streaming partners of the IPL, depending on which country they live on.

Cricket is one sport which has bloomed in India since its early days. The people of India are crazy for this beautiful game and...
Read more
Cricket

Many people believe that the ones who consistently win bets have an all-knowing hand. They are the masters of the art called betting and...
Read more
Cricket

His own batting form and the performance of his team – Chennai Super Kings notwithstanding, Mahendra Singh Dhoni continues to fly high as he...
Read more
Cricket

No matter if MS Dhoni has bid adieu to international cricket, no matter his team Chennai Super Kings (CSK) is languishing at the sixth...
Read more
Cricket

Indian women's team pacer Mansi Joshi has tested positive for COVID-19 and will miss the Women's T20 Challenge to be played in the UAE...
Read more
Cricket

Veteran sports journalist and cricket commentator Kishore Bhimani died at the age of 80, family sources said on Thursday. He is survived by his...
Read more 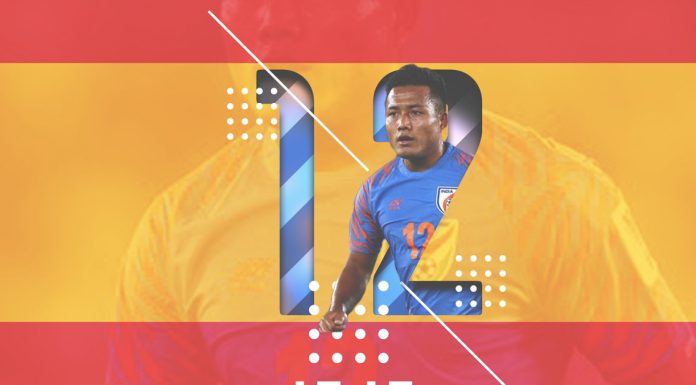 Sayan Chatterjee - Modified date: October 21, 2020
The transfer window for the upcoming Indian Super League (ISL) season shut yesterday and there were a number of interesting deals that were announced this past week. Here we take a look at the major incomings of the week as all the squads start taking...
Read more