ICC T20 World Cup 2020 is upon us and India is one of the strong contenders among the 10 participating teams.

Although, Harmanpreet Kaur led side failed to clear the semi-final stage in the last edition of the mega event, the current squad holds a lot of promise.

As the team prepares for its first match on 21 February against host and defending champions Australia, here are the five players from the Indian squad that can set the stage on fire and help India clinch its maiden T20 World Cup. Shafali Verma was inspired by batting legend Sachin Tendulkar. In 2018 she broke into Haryana's U-16 team. A year later she scored s 18 off 56 balls — third highest in women’s T20 — for Haryana against Nagaland in the women’s senior national T20 championships.

She featured in the Women’s T20 Challenge in Jaipur. Her free-flowing batting impressed everyone which paved way for her maiden call-up in the national team.

Apart from that, she left her mark with a blitzy 78-ball 124 against Australia A. Verma hits the ball hard and her aggressive batting can help India mount early runs. Smriti Mandhana is the other dependable opener who has the ability to provide a flying start to the team. She has already proved her prowess and given enough reasons for the team to bank on her. Her free-flowing batting, elegant drives and lofted shots make her an exciting batter.

She is the only second Indian to have featured in the Australia's Women’s Big Bash League and the Kia Super League. The southpaw is well aware about her team's the middle-order woes as well as the strengths of the opposition bowlers. She could drop in anchor and try to stay in the middle as long as she can for rest of the batting to revolve around her. Her experience could help India chase down target in tense situations. In the era of flamboyant players like Harmanpreet Kaur, Smriti Mandhana and a legend like Mithali Raj, 19-year-old Jemimah Rodrigues has stamped her authority in the world cricket as well.

The Mumbai girl is a quick player in between the wickets and is known to be one of the best Indian fielders. With her lightning fast speed she saves 20 odd while fielding. In 2019 she had a memorable outing for the Yorkshire Diamonds in the Kia Super League in England, where she finished second among the run-scorers with 401 runs, behind only Danielle Wyatt’s 466. The young batter also has a double-century to her name, a feat which only Mandhana had achieved before.

On her second World T20 tournament, she will try to continue hitting the opponents with her bat and provide with the much-needed support in the top-order. 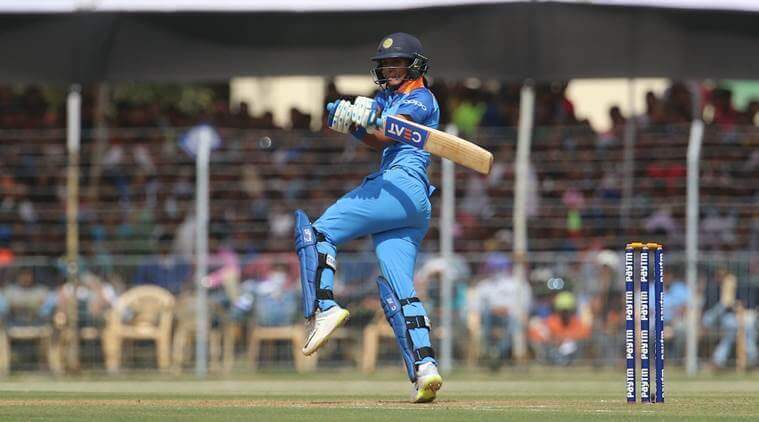 Like every other team, India T20 captain Harmanpreet Kaur will also play the key role for India – be it willow or with the leather.

She is known as a destructive batter who can turn the match on its head at any stage. Her heroics in the 2017 50-over World Cup semi-final is one of the finest innings in the history of women's cricket. Kaur smashed 171 off 115 to stun the mighty Aussies and guide India to the final.

She is also the first Indian to score a century in the shortest format of the game. Her century came (103 off 51) against New Zealand in the last edition of the T20 World Cup.

She is the most seasoned campaigner of India. She was the first Indian to sign a Big Bash League contract in 2016. Moreover, her right-arm off-breaks are also handy in the middle overs. Poonam Yadav is India’s key bowler. She is the highest wicket-taker for India in the T20 format with 85 wickets in 62 games.

Her guile when she bowls a tossed up delivery, using the flight and googlies can trouble the best of the batters across the globe. She can be used in anywhere – be it in the middle-order or in the powerplay. Her wicket-taking ability has saved India from the blushes on numerous occasions.

In the ICC World T20 in 2018, she was the joint highest wicket-taker from India with eight scalps in five matches. For this year’s warm-up game against West Indies, she picked up three crucial wickets and helped India register a nail-biting two-run win. She is the trump card which India would love to have throughout the tournament.