The ground of Kadipur Senior Secondary School has now become a permanent dumping ground with waste as high as four feet.

The Haryana under-19 girl’s cricket team has been left in a spot after the school ground where they used to practice has turned into a malba or construction and demolition (c&d) waste dumping ground during the course of the lockdown. The ground of Kadipur Senior Secondary School has now become a permanent dumping ground with waste as high as four feet.

According to the school administration, the waste is being dumped at the school’s playground since the past two years by the construction sites nearby. The past seven months has only increased the misery as the school has been shut due to the nationwide lockdown. This has forced the state under-19 girls to shift their base to grounds far away and grounds which charge rent from them.

The team now travels around 20-25 kilometers in auto-rickshaws and pays their own fare for practice. Most of these girls come from very humble backgrounds and struggle to pay such amount for commute and ground rents. The security concerns while commuting such long distance is a different ball game all together.

Haryana Under-19 team forced to train elsewhere after their practice facility becomes a dumping ground.https://t.co/3o81KUIUV7

The head coach of the team, Ajit Daghar has been running around different government offices for the past couple of months, but there has been no proper response.

“They had promised they will cover the ground with three feet malba and carpet it with soil. Now, the piles of waste are as high as four feet, but they have not levelled it. We have complained everywhere and the issue has been taken to a number of administration officials,” Daghar said.

The lack of proper ground is just one part of the story for the Haryana girls. The Kadipur School’s ground gets flooded every monsoon which also halts their practice during the entire monsoon season.  Besides the sports-room in the school caught fire last year which destroyed all the equipment as well.

The team at that time was supported by auto maker Maruti with kits worth one lakh but even that was stolen in August this year. 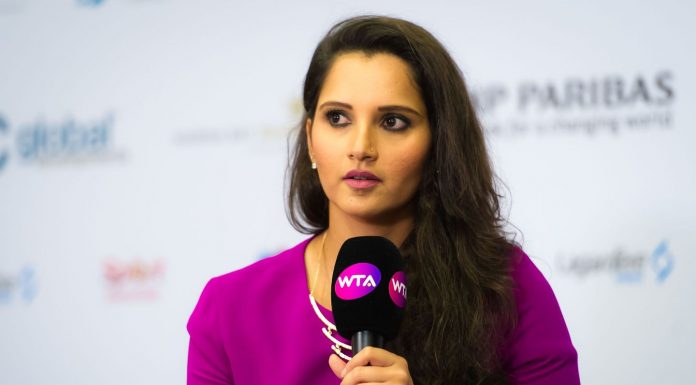 The Bridge Desk - Modified date: November 19, 2020
India's ace tennis player Sania Mirza is all set to make her debut in a web series. She will feature in a show called, ‘MTV Nishedh Alone Together’, made to create awareness about Tuberculosis (TB). As reported by News 18, Sania stated that the web series...
Read more