The seasoned Mithali Raj has declared Australia as favourites to win Women’s T20 World curtain raiser against India on 21 February.  The Indian legend expects to be a high-scoring and “very close” game.

“Australia go in as favourites, but India will be no pushover. They have some very talented players and I think it will be a very close, high-scoring game,” Mithali wrote in a column for ICC.

“Both teams have exciting players, particular in the batting units, and it will be a case of whoever can score the runs that their country need on the day. I do think Australia have the advantage because of their T20 record and have a slightly better chance of winning the first game against India,” she added.

Female stars emerging as role models has been the “biggest change” in women’s cricket’s journey from near-anonymity to stardom, feels Mithali, who grew up idolising her male counterparts.

When Mithali started out in 1999, women’s cricket was almost an unknown entity, a far cry from what it is on the eve of the T20 World Cup in Australia where the opening contest between India and the hosts is expected to witness sellout crowds. “Back in my day, we only had male players as inspiration because that’s all we used to see on the television. Today a young girl can have a role model in the form of a female cricketer and I think that’s the biggest change I have seen,” Mithali wrote.

She recalled the changes the women’s game has seen since she played her first ODI more than 20 years ago. “The biggest difference is people are now aware of what’s going on with their national team. When I broke the world record for the highest individual Test score in 2002, people didn’t know about it unless they were going out to buy the newspapers.”

“We used to travel to different places all over the world to play but barely got any time to acclimatise. “There was no travel or daily allowance, nor a physio or strength and conditioning trainer to look out for a fitness. We travelled to matches with just our head coach and manager and just didn’t have any form of cushioning.” the veteran concluded. 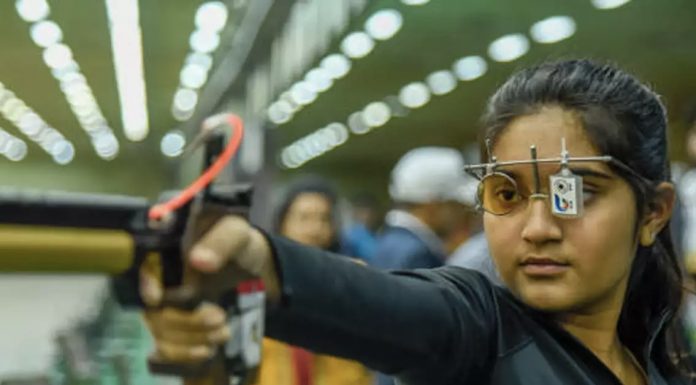 Press Trust of India - Modified date: March 30, 2020
Teenaged shooter Esha Singh on Sunday pledged to donate Rs 30,000 to the Prime Minister's Relief Fund in the fight against the COVID-19 pandemic, becoming, at 15, the country's youngest sportsperson to make a monetary contribution. "I pledge to contribute 30 thousand Rupees from my...
Read more