Coronavirus could spell end of career for these sporting icons

As the world is witnessing a big drift amidst the coronavirus scare over the past few weeks, sporting events have been affected and almost every other tournament across the globe and India have come to a standstill. With sports taking a setback, further speculations are being made that the Tokyo Olympics this year might also have to bear the axe. Build-ups, qualifications, trials, training of athletes who have been anticipating the event for years could be staring at bad news.

With big-scale changes in the sporting calendar -- cancelled and postponed events -- many of the athletes who have been preparing for their swan song at the grand quadrennial event might anticipate for an end of their career. Catching up with age and form might come as a difficult option now onward.

Paddler Sharath Kamal provided another evidence of his class at the age of 37 as he claimed the Oman Open title in Muscat on Sunday. The triumph ended a 10-year international title-drought following his victory in the 2010 Egypt Open. This win could give Kamal an impetus to work tirelessly for the Tokyo Olympics. The win at Oman will see him gain 800 points and his ranking could jump to 31 or 32 next month. The Olympic qualifiers are supposed to happen three weeks from now. But for the next six weeks, there are no tournament. In May, there are tournaments lined up in Hong Kong and China, but owing to the uncertainty over these tournaments as well as the Olympics, it could be a dead-end for the veteran table tennis player, who might not be able to catch up with age. A similar fate could loom large over other players as well. India's most iconic tennis player, the veteran Leander Paes, who has already announced that this is going to be the last year he'll be in action won't be able to return soon on the court with tennis action being missing from the calendar owing to the virus. Paes last went down fighting as his dream of crowning his 30-year Davis Cup career with a place at the finals ended last while Ecuador and Italy reached the November showpiece, triumphing in empty arenas locked down because of the coronavirus crisis. Paes made his Davis Cup debut 30 years ago and boasts a career competition record of 92 wins and 35 losses. He holds the overall Davis Cup record for most doubles match-wins, recording his 44th victory during the zonal victory against Pakistan last year. 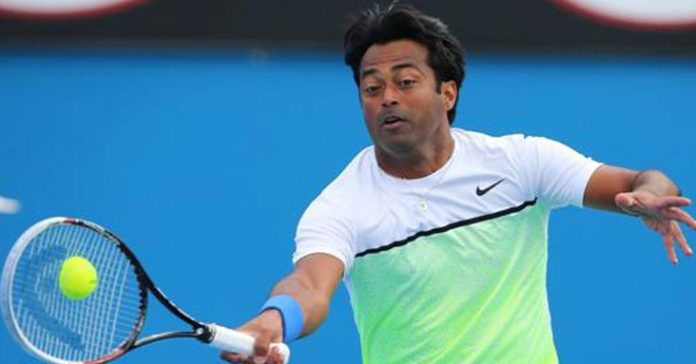 There is only a little hope for Thirty-year-old former world no. 1 shuttler Saina Nehwal to make the cut for the Tokyo 2020 Olympics, especially after Badminton World Federation (BWF) was forced to postpone all events due to the COVID-19 pandemic. Even after facing an opening-round exit at the All England Open 2020 last week, there were four big tournaments lined up to amass big points before the qualification dates to end on April 26. Saina is placed 20th on the BWF rankings with 46267 points and the 2012 London Olympics bronze-medallist needs to enter the top-16 bracket. With no tournaments to look forward to, Saina career hangs at an odd position, where she might decide to step down.

Six-time World Champion boxer the magnificent Mary Kom just made her way to the Tokyo 2020 Olympics after she made the cut at the Asia/Ocenia Olympic Qualifiers and finished with a bronze medal in the event. The only thing that stands between Mary and her career is the Olympics and since there are speculations about the cancellation of the Games, it could be an end to Mary's career. 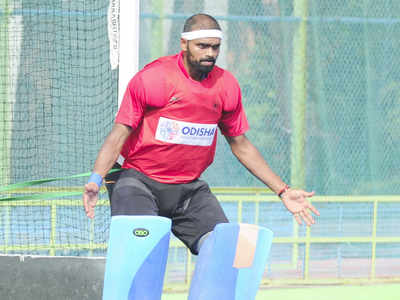 India's men's hockey team's goalkeeper P R Sreejesh who have risen as the bulwark for the team at numerous occasion with his brilliant goal-saving skills might also be staring at the same fate akin to Mary. With the contingent being qualified for the Olympics, and showing improved performance with recent success, a cancelled Olympics could put an ending note of Srrejesh's association with the team, who will have a lot to pass on to the next generation of goalkeepers.

India wrestler Jitender Kumar has already sealed his place in the Indian team for the Olympic Qualifiers by reaching the 74kg final at the Asian Championships. But the United World Wrestling has indefinitely suspended all tournaments, including the Olympic qualifiers. Veteran wrestler and two-time Sushil Kumar was possibly expecting a chance of making it to the Tokyo Olympics. If Jitender had reached the gold medal bout there, it would have shut the door on Sushil, who has been struggling since the 2018 Asian Games. Had Jitender missed a chance, Sushil would have gone for a trial against him to qualify for the World Olympic qualifiers which also looks uncertain as of now.

Lastly, Sanjeev Rajput secured Olympic berth with a silver medal in the men’s 50m rifle 3 position at the ISSF World Cup in Rio De Janeiro. Rajput shot 462.0 in the final and finished only second behind Croatia’s Petar Gorsa who shot 462.2. Had the Haryana native Rajput won gold this year, it could have been his second World Cup gold after 2011. Tokyo Olympics could well be the swan song for Sanjeev with young shooters are being projected as movers and shakers of Indian shooting.

Read more: 10 documentaries which will give “live sports action” feel