Commonwealth Games 2022: Gold medalist from Pakistan Dastagir Butt says, "Got a lot of love from India"

As soon as Nooh Dastagir Butt won Pakistan's first gold medal at this edition of the Commonwealth Games, one of the first persons to lend a congratulatory hand was none other than Indian superstar Mirabai Chanu. As an Olympic medallist, Chanu has catapulted herself to superstardom and is not only an icon in India but also for weightlifters from the neighbouring nation. 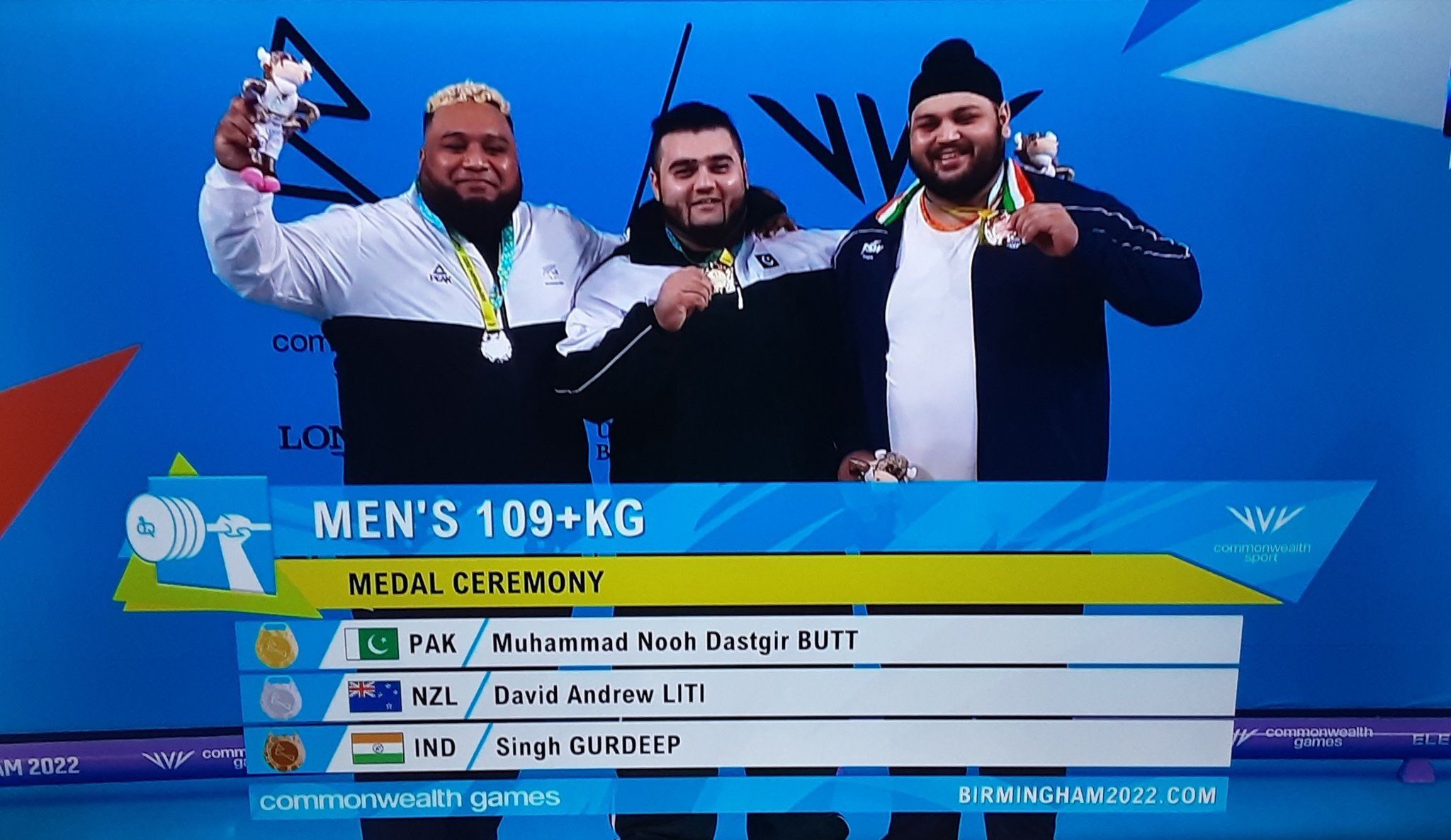 "It was such a proud moment when she congratulated me and praised my performance," Butt told PTI after winning the gold in the men's 109+kg category with a record lift of 405 kg. The 24-year-old Pakistani shattered all the three Games records -- 173 in the snatch, 232 in clean and jerk and the aggregate. "We look up to Mirabai for inspiration. She has shown us that, we from South Asian countries can also win an Olympic medal. We became so proud of her when she won the silver at the Tokyo Olympics."

Gurdeep Singh won bronze in the same category and Butt considers the Indian as one of his close friends. "We have been very good friends for the last seven-eight years. We have trained together abroad a few times. We are always in touch," Butt let everyone know the bond he shares with his Indian counterparts.

For Butt, it was never an Indo-Pak battle but an individual challenge to surpass his best. "It was not that I was competing with an India lifter. I just wanted to give my best and win it here," he said of Gurdeep, who became the first Indian weightlifter to win a CWG medal in the plus-weight category.

Dastagir has been to India twice for international events. First was the Youth Commonwealth Championship in Pune, back in 2015 and the very next year for the South Asian Games in Guwahati. "I've been to India two times and the support I received each time is unforgettable. I long to go back to India again," he added. "I think, mere Pakistan se jyada fans India mein hai (I think, I've more fans in India than back home)," he said in jest.

Amid the mounting cross-border tension between the neighbouring countries, the Pakistani contingent had arrived for the South Asian Games in Guwahati-Shillong in 2016, only to "feel themselves at home" "But when I was in Guwahati, the hotel staff became like my extended family and were in tears when I left. Such was the connection in those 10-15 days. They never made me feel that I am from Pakistan or their enemy."

It has been six years since that championship and Butt wouldn't mind revisiting India. "Definitely, I look forward to visiting again. I never enjoyed any other competition like the way I did in India," he added.

This was Pakistan's only second gold at CWG in weightlifting. Shuja-Uddin Malik (85kg) was the country's only lifter to have won the gold (Melbourne 2006). Judoka Shah Hussain Shah is the only other Pakistani on the CWG podium after winning bronze.

His father-cum-coach Ghulam Dastgir was a former national champion and SAF Games, medallist. He has built a gymnasium for his son at their Gujranwala home, where he trains for hours.

"There were a lot of expectations from me as many of our fellow athletes could not win. The responsibility was on my shoulders to give my country our first gold at CWG," said Butt, a bronze medalist "I struggled with a few injuries after 2018 so I could not make Tokyo. I worked a lot with my 'Abbu' (father in Urdu) for the last two three years for this and made a comeback." "My dad is my inspiration. He was his best lifter during his time. This medal belongs to him," he signed off.