Hailing from Bhiwadi in Rajasthan, Vikas Krishan became the second Indian boxer after Vijender Singh to qualify for the Olympics third time.

Missing out on a chance at winning the gold medal in the recently-concluded Asian/Oceania Boxing Qualifiers could have been a setback for India's star pugilist Vikas Krishan. Pulling out of the summit clash owing to an eye injury and settling with a silver medal wasn't quite a satisfactory feeling in the world. But the 28-year-old has taken it in his stride quite well as he knows he has passed the trial that has given him a third shot at the Olympics.

Hailing from Bhiwadi in Rajasthan, which is hailed as the Cuba of India for producing an abundant number of boxers, Vikas Krishan became the second Indian boxer after Vijender Singh to qualify for the Olympics third time. Last week, Krishan got the better of Japan's Quincy Okazawa using all his experience to dominate the second round of the bout en route to a win, which ensured him the Tokyo Olympics berth. 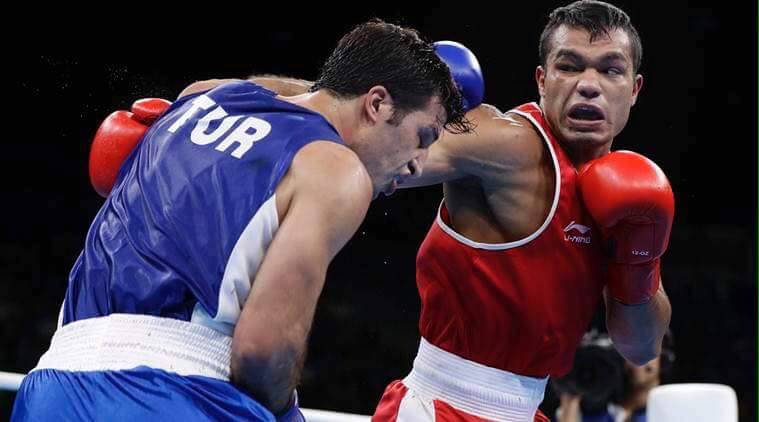 In the final, Vikas was to face feisty Jordanian Eishaih Hussein, who sent Asian gold-medallist and top seed Bobo-Usmon Baturov packing in a split decision. "I was not able to play the final and that's why I was disappointed as I could have defeated Eishaih in front of his home crowd. But I shouldn't hold back to it. I am happy that I have earned the spot in Tokyo and I will make a strong comeback at the Olympics," said Krishan in an exclusive interview with The Bridge following his arrival in India from Jordan.

Krishan had made a switch to professional boxing shortly after the 2018 Asian Games and signed a contract with Las Vegas-based Top Rank Boxing in November that year. But a clause was inserted into his contract allowing him to take a sabbatical whenever India's Olympic qualifiers for boxing take place. Vikas made his professional boxing debut in the US in January 2019. He fought two bouts overall so far and won both.

Vikas, who was fondly known as 'Vicky' among his friends and fans, has earned the nickname 'The Indian Tank' in the professional boxing circuit.

His journey has now paid dividends earning the ticket to his third Olympics as the reward. Krishan quips, "I've always believed that I can win a gold at the Olympics. I feel that if I take something from somewhere, I should always return it. I have got every support from my country and that's why I chose to play for India again and I will try my best to win a gold at the Olympics." Earlier being accustomed to competing in the 75kg category, Krishan found it a bit hard to switch to professional boxing and again return to amateur in 69 kg category. But things fell in place well for 28-year-old. " I was into pro boxing for one year. It was very challenging for me to come back to amateur boxing and also I had to reduce my weight to compete in the 69kg category. But the transition was smoother than expected. Pro boxing has been able to bring out the best in me, which will help me sail well at the Olympics. Here it is more about winning the points by impressing the judges. In pro-boxing, we fought to hurt each other. The exposure I have gained now gives me quite an upper hand," says Krishan.

Krishan made his Olympics debut in 2012 London, where he was eliminated in the opening round. In 2016, he pulled off an impressive show, defeating the likes of USA's Charles Cornell and Onder Sipal of Turkey to enter the quarter-finals. But his winning run came to an end after he suffered a defeat at the hands of Bektemir Melikuziev of Uzbekistan. Krishan seems optimistic like never before, "2012 was my first shot at the Olympics, where I would say I was too overwhelmed. In Rio, I knew I gave my best effort. However, this is going to be my last Olympics and I have been hungry for a medal like never before. I am training much harder now and have been able to inculcate discipline in my regime. I have cut down on all my bad habits. My sleeping pattern was disrupted and I wasn't taking the right nutrition, which I have been able to change. By the time of the Olympics, I will be at my best of preparation." 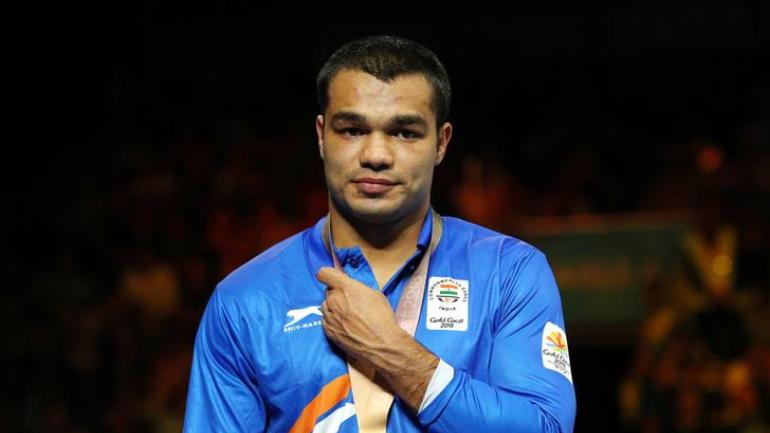 The 69kg category at the Olympics will have some superstar studded line-up at the Olympics but Krishan seems unfazed by the challenge. He is stern and determined to outpunch them and bring glory to his country: "There will be a lot of boxers in the fray, including that from Kazakhstan, Uzbekistan, Andrey Viktorovoich - the reigning World Champion from Russia will be the tough competitors. But in the end, it doesn't matter. If I am fully prepared, I can beat them on any given day," asserts Krishan.

Krishan, who has a Commonwealth Games gold and an Asian Games 2018 bronze medal draws his inspiration from his family and has immense reverence for the BFI president Ajay Singh. Krishan says, "My ultimate focus is the Tokyo right now. I have improved a lot with time. I have my big goal set and slowly moving towards it. The BFI President Ajay Singh pushed me to achieve my goal. He saw the spark in me and stoke the fire which I am now going to channelise. I am very pleased to be back at the circuit. I am not going to leave any stones unturned at my last Olympics before I make a complete switch to professional boxing. With the medal this time, I also will make my kids proud of their father. My aim to etch history as the first Indian boxer to win a gold medal at the Olympics."

The Asian Boxing Qualifiers turned out to be a happy hunting ground for India winning their highest-ever Olympic quotas (Nine). Krishan is optimistic that Tokyo 2020 is going to be historical for India and he believes India will earn more silverware this time. "I think this is one of the best teams of Indian boxing that is going to the Olympics. I am pretty hopeful that we are going to win three medals and one will be a gold," concludes Krishan.