From the slums of Mumbai to the highs of BMX

BMX has been growing in popularity the world over – and although it did take a while for India to join the bandwagon, more and more talented riders are now taking to the sport like never before.

A mix of fine balancing skills – combined with a sense of adventure to hit the dirt tracks – while maneuvering a bike to perform spins and some spectacular aerial acrobatics, is what it takes to be a BMX biker.

While it may, perhaps, be possible to gain some of the required expertise in non competitive and informal settings on dusty Indian roads, developing the same into a fine art takes hours of learning and practice.

The sport does involve an element of daredevilry – which is, perhaps, a natural trait and cannot be inculcated easily – but for the few who dare go the distance, the joy of the ride knows no bounds.

An individual who has conquered fear, risen above the prevailing circumstances, and is fast making it big in this discipline, which is in its nascent stages in India, is Annul Pale.

A pizza-delivery boy by profession, Annul hails from bustling Mumbai, and grew up in less than privileged surroundings – so much so, that he could not even afford a bike in the early days.

The aspiring BMX biker had no option but to save every penny he possibly could in order to purchase a modest bicycle to fuel his ambitions.

Annul spent a few hours each day trying out particular routines which he learned all by himself and despite his wiry physique – and accidents along the way – performed well enough to be noticed by potential sponsors.

Red Bull is a company that has been at the forefront of promoting non-traditional sports such as BMX in India, and the energy-drink manufacturer decided to throw their weight behind Annul.

A shot in the arm of precisely this nature was all that Annul needed in order to make it to the big stage, and he has not looked back since.

The journey which began in 2005 has indeed come a long way.

The upcoming star who rose from the shantytowns of India’s largest metropolis, to slowly but surely emerge as one of the country’s top Bicycle Motocross champions has proven that no challenge is too big – and that BMX is not just a rich boy’s sport.

Annul refuses to stop until he becomes a World Champion – the wait is certainly worth it for the BMX champ, and his doting fans. 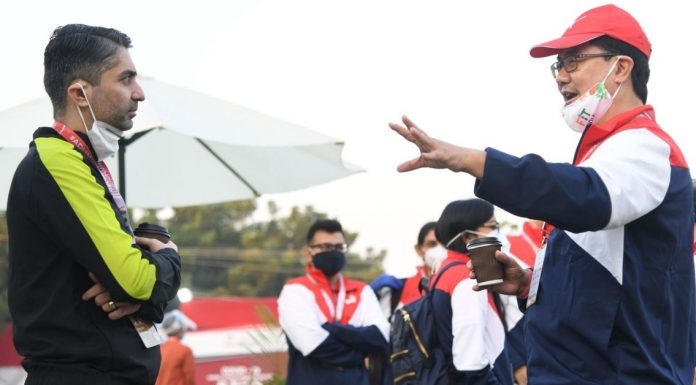 Abhijit Nair - Modified date: November 29, 2020
The Union Sports Minister, Kiren Rijiju, on Sunday said that he wants more sporting events to take place in India and added that the government will “fully back” the organisers for the same. Speaking at the sidelines of the Airtel Delhi Half Marathon, Rijiju said,...
Read more