Not only does the merger guarantee organisational and financial stability, but it also provides Bagan a chance to play in the relatively lucrative ISL.

Growing up in North Kolkata, Mohun Bagan and its legacy was an inseparable part of the culture that permeated the serpentine lanes, coffee houses, and rock ‘er adda’ in the City of Joy. Contemporary stagnation had not dislodged the iconic niche that India’s most decorated football club had carved out in the heart of a city that frequently dabbles in nostalgia, using bygone heritage as a shield against the disconcerting precarity of the future. Watching Mohun Bagan play in recent years (whether cheering or jeering) may not have been the gratifying football experience it once was, but it still constituted a distinguished part of the definition of a Calcuttan.

When I first heard that the RP-Sanjiv Goenka Group had acquired a majority stake in Mohun Bagan — paving the way for a merger between ATK FC and Mohun Bagan — I wondered if another component of the Calcuttan identity had been surrendered to the inexorable forces of time and commerce. After looking at the terms of the merger, I asked myself, are Mohun Bagan dead or have they been reborn?

The Price Of Survival

It is no secret that Mohun Bagan have been in financial doldrums for the best part of this century. Administrative mismanagement, sponsorship breakdown, and uninspiring results had culminated in a malignant cocktail, which threatened the very existence of one of Asia’s oldest football clubs in the long term. In such a scenario, the investment by the RP-Sanjiv Goenka is, for all intents and purposes, a massive step in the right direction. Not only does the merger guarantee organisational and financial stability, but it also provides Bagan (or whatever remains of it) a chance to play in the relatively lucrative Indian Super League (ISL), an obvious upgrade from the increasingly decrepit I-League.

Some critics, including green and maroon legend Subrata Bhattacharya, have questioned the need for the merger, citing instead the alternative of crowdfunding. Spates of fans on social media have also expressed their frustration at the apparent ineptness of the Mohun Bagan administration in arranging for fresh sponsors. However, in the rapidly changing landscape of Indian football, financial resuscitation would have been nigh on impossible without ceding ownership stakes. Mr. Swapan Sadhan Bose, Chairman of the Mohun Bagan Football Club (India) Pvt Ltd, encapsulated the situation succinctly when he observed that “there comes a time when romance almost invariably requires a partner named practicality.”

The only problem, of course, is the nature of the partnership and whether practicality ends up countering, instead of complementing, the romance that has fostered the identity of Mohun Bagan for generations.

The Best Of Both Worlds

The interesting thing about ATK Mohun Bagan is that the stakes of economics and identity are inversely proportioned. While ATK and the RP-Sanjiv Goenka Group will own an 80 per cent stake in the new entity, Mohun Bagan will retain their crest and kit colours as part of the fresh avatar. Understandably, holding on to the emblem of a club that is over 130 years old makes sense, but what about the ATK fans who have come to identify with the franchise during six successful years in the ISL? Will such fans, many of whom do not necessarily root for Bagan, or worse still, align their loyalties with East Bengal, feel a sense of betrayal in the drastic refashioning of ATK? Perhaps, they can find some solace in the name, the one branding area where ATK have not relinquished their identity altogether.

On the flip side, the nomenclature has irked a number of Bagan supporters, who feel the grandeur of Mohun Bagan has been diluted by prefixing three letters which, themselves, have shifted from representing Atletico de Kolkata to the more glibly conceived ‘Amar Tomar Kolkata’ over the last few years.

The strategy on part of the dealmakers is clear — preserve the history of Mohun Bagan without entirely giving up on the image that ATK have created for themselves. While more focus will inevitably fall on conjecturing Mohun Bagan’s reincarnation under the merger, the less deliberated fact remains that it is the ATK brand that has made the greater compromise in the complicated business of harnessing identities.

What Happens To The Boro Match?

In the not-so splendid chapters of Indian domestic football, the yin-yang dynamic shared by Mohun Bagan and East Bengal have often produced the most noteworthy stories. Raucous atmospheres punctuated by fierce allegiances and intense football have made the Kolkata derby one of the standout rivalries in the beautiful game. But with ATK Mohun Bagan plying their trade in the ISL from the 2020-21 season, this celebrated fixture now stands endangered. Not only are the East Bengal fans miffed with the developments, but even those firmly approving the new state of affairs will acknowledge that ATK Mohun Bagan’s season will remain incomplete without the annual pair of high voltage league showdowns with East Bengal.

For their part, East Bengal have previously declared interest in participating in the ISL. In fact, a move seemed imminent in February 2019 when talks were held between Football Sports Development Ltd, AIFF senior officials and East Bengal investor Quess Corp’s Chairman, Ajit Isaac. Almost a year later, those discussions have failed to materialise, with Quess on the verge of breaking their affiliation with the club at the termination of this campaign.

While no other takeovers are reportedly underway at East Bengal, it will come as little surprise if, spurred on by their arch-rivals, the red and yellow brigade negotiate terms in the coming months to book their place in the ISL, stepping onto the bandwagon of transition that is becoming a necessary fashion in Indian football.

Merging of footballing identities is a fairly common practice in the game. AS Roma and PSG, two giants of European football, are both products of combined identities, and there is no reason to suppose that with an expanded player pool and greater resources, ATK Mohun Bagan will not enjoy success on the pitch. Currently topping the I-league, Mohun Bagan could find themselves in the group stages of the AFC Champions League later this year, for the first time in over three decades, should ATK go on to clinch the ISL title.

Clearly, there is a lot to get excited about while considering the prospects of this historic merger. If ATK Mohun Bagan can respond with stellar performances in the ISL and beyond, the murky fault lines of identity would soon get resolved, culminating in a unique institution that gradually writes its own legacy in the annals of Kolkata. Perhaps, by then, the name ATK Mohun Bagan would also begin to roll off my tongue!

Priyam Marik
Priyam is currently a post-graduate student of journalism at the University of Sussex, United Kingdom. A Calcuttan at heart, Priyam's interests, besides watching and writing on sports, include literature, debating, and food.

The star Indian defender was quite in demand in the market and got a lot of lucrative offers from major ISL clubs.
Read more
Football

Eminent football writer and former Delhi University professor Novy Kapadia has been rendered bedridden and is not being able to avail pension benefits, according to a section of teachers.
Read more
Bodybuilding

Once I started uploading my pictures (in sportswear) on social media and started talking about it, there was a section of people...hardcore Hindus…who objected...
Read more
Football 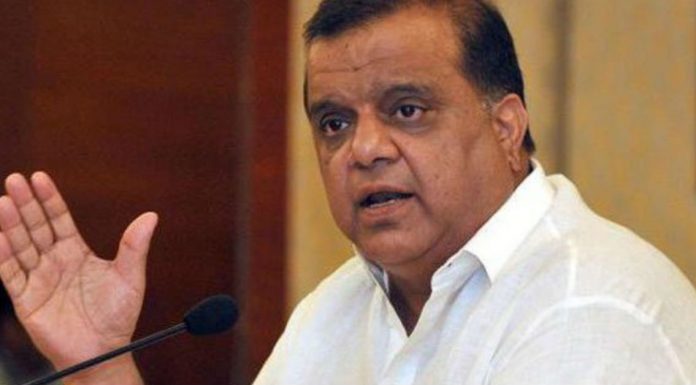