The value of National Champions In 1980, Adille Sumariwalla represented India at the Olympics and stood seventh in the final standings for the 100m sprint. Besides this, the current president of the Athletics Federation of India has 11 titles under his belt at the National circuit. Yet, cut to 2019, where all it took him was a second to declare how none of it mattered.

The matter at hand presently concerns one of India’s finest young athletes- Tejaswin Shankar. The 20-year old high jumper, to his credit, has maintained an impressive standard National Collegiate Athletic Association (NCAA) competitions in the recent past. February saw him equal his own National High Jump record set at last year’s Federation Cup as Shankar won the title at the Big12 collegiate meet representing Kansas State University and ending up with a season-best jump of 2.28m in the indoor event. Yet, he was left out of an Olympic-qualification event because his prowess in the domestic circuit did not seem worthy of a chance at the Asian Athletics Championships.

In a country like India, where even the National Games are not held on a priority basis, a sentence like “I don’t consider he will win a medal” because national titles “are of no value” is an astounding thing to say- especially for the president of a National Federation. Sumariwalla later mentioned in a reply to Tejaswin Shankar on social media that he had been misquoted and taken out of context. But multiple media outlets reporting the same thing seems to have stumped that particular argument.

The Federation Cup was organised in Patiala between March 15-18 and it has been considered the flagship event in AFI’s domestic circuit. The year, the event was to serve as the final qualification chance for the upcoming Asian Athletics Championships whose squad was announced yesterday. The AFI had issued an exemption for Javelin thrower Neeraj Chopra who continued training in South Africa under coach Uwe Hohn.

Tejaswin Shankar was a big name who did not participate as, according to his communication with the AFI, “I will have to miss my final exams in April since it coincides with the Asian Athletics Championship. So I have to appear for this one. I can’t miss both, my professor wouldn’t allow it.” (quoted by Indian Express). The plan was made keeping in mind the possibility of participating in the upcoming Asian Championships. It is worth noting that the qualification mark set by the AFI for the High Jump event was 2.25m- a mark Tejaswin has achieved twice in four indoor meets this year.

The AFI seems to be sticking to its stance of not allowing him to participate in the Asian Championships because of his failure to make an appearance in the five domestic events it had slated as qualifiers for the Asian C’ships. But to say something as blatant as the irrelevant status of National championships is a comment not just on the athlete in question but over India’s general importance given to National tournaments.

The Indian domestic season started with the four legs of the Indian Grand Prix and to say that the performance was underwhelming would be an understatement. Immediately after the Asian Games in 2014, the Athletics Federation of India recognised its elite quarter-milers as significant medal hopes in the time leading up to the Tokyo 2020 Olympics mostly because of their breakthrough performances over the last year. Hima Das, who went from strength to strength last year, put in a very modest performance in the third leg of the IGP to finish at 55.19. It was revealed after the event, had been given a six week off. India’s relay coach Galina Bukharina even went to the extent of saying that the 20-year-old would need 1-2 years of practice to come back to her 2018.

45.85s and 52.75 were the AFI mandated qualification marks for the 400m discipline. Because the 400m event is a priority for the AFI from an Olympic point of view, India’s quarter-milers were sent to train in Turkey, the list of which was announced in November last year. Let’s take the example of Arokia Rajiv who, at the Jakarta Asian Games clocked 45.30 in the semifinals of the 400m race. So far in 2019, his domestic appearances have included the third leg of the Indian Grand Prix in Sangrur and the Federation Cup in Patiala. He clocked 46.60s and 45.89s in the two events respectively which were outside the AFI mandated time. In the third leg of the Indian GP in Sangrur on March 2, Hima finished fourth in the 400m event with a time of 55.19 seconds- her worst recorded timing. She clocked 52.88s at the Federation Cup finishing, once again, outside the AFI mandated time.

The reason to highlight the underwhelming performances is to state the dwindling competitiveness in India’s National circuit since, barring a few athletes, no significant improvement in performances has come to light this season which, arguably, has just started. And, if we return back to the matter at hand and look at yet another major stakeholder in the domestic circuit, it gets worse. Remember, the current sports administration in the country has made a major deal of promoting an inclusive culture of sports at the grassroots in India. If the first edition of the Khelo India Games were “School Games”, the second edition held in Pune in January this year was slated to be the “Khelo India University Games.” It was finally organised as the Khelo India Youth Games because the Association of Indian Universities failed to meet the guidelines and deadlines of the Games Technical Conduct Committee for the KIYG. Add that with the fact that performances at the National University Games have consistently been coming down largely due to the fact that it is not considered a major event in the domestic circuit anymore, and one is forced to maybe agree with the overall sentiment of Adille Sumariwalla’s statement- that national titles at any level prove nothing.

In contrast, the NCAA (where Tejaswin now competes as a student of Kent State University) has more than 460,000 NCAA student-athletes competing in 24 sports every year. Additionally, the NCAA college-athlete model runs on a system where pay consists largely of scholarships. It definitely has its own set of problems but a comprehensive system is in place to ensure that the major chunk of the youth of the USA serves as feeders for the senior teams to compete in World and Olympic sanctioned events. NCAA has its own problems- some of them as major as corruption scandals and the over-exploitation of athletes financially. But the overall rigourous competition within the NCAA cannot be undermined. And if an Indian is consistently improving while staying under such a rigourous system, they need to be honed in the right direction.

The Association of Indian Universities, according to the latest data available on its website, has 731 academic institutions under its aegis. In 2008, the MYAS “elevated the status of Inter-University Sports Board (AIU) to National Sports Promotion Organization (NSPO), on account of its meritorious contribution in the field of University Sports and placed university sports among priority category sports”. The official website boasts of “16 Centres of Excellence in various universities”, yet, as the recent debacle with the Khelo India initiative suggests, seemed to have trouble maintaining a proper database of its participating athletes that would meet standards. That is not to say that Indian athletics has not been benefited by university stars. Top performers at the All India Inter University Athletics Meet for 2017-18 saw performances from Sanjivani Jadhav, Dharun Ayyasamy, Jisna Matthew and VK Vismaya and Amoj Jacob among others. Other names include Taranveer Singh (hammer throw) and track star PU Chitra. They have represented India internationally and stood out.

Tejaswin Shankar will definitely have more chances to qualify for the Tokyo 2020 Olympics and for the sake of progress in Indian sports, we hope he does. But for a country that has so much potential, a president’s remark demeaning the status of national tournaments is highly discouraging. All is definitely not well within the sphere of Indian athletics. 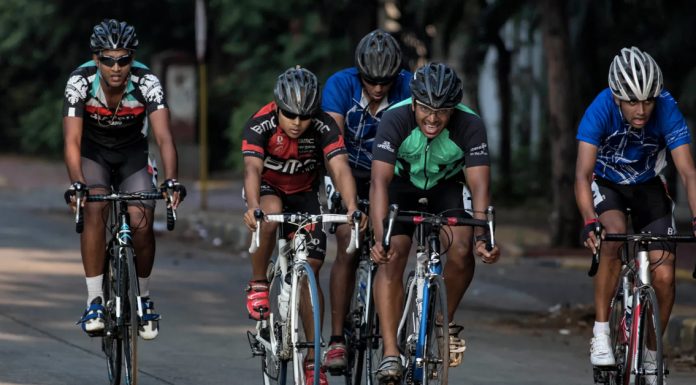