On her birthday, here’s 5 special moments of Hima Das’ career

As Hima Das turns all of 20, The Bridge takes the opportunity to look back at the defining and most illustrious moments of her career.

From being just another teenager, a certain doe-eyed girl from Dhing, Assam has already marked her place on the global running circuit as she is chasing down her dreams with fire in her feet. The country has been chanting the name of Hima Das ever since she sprinted into the hearts of countless Indians with a breakthrough gold-medal performance at the IAAF World U20 Championships 2018 in Tampere, Finland. There has been no looking back ever since for Das as she has conquered the tracks and gilded herself in glory, over and over. Leaving her teenage days behind, Hima Das steps into a fresh decade in her life — a decade, which promises to be crucial for her career. As the girl from Assam turns all of 20, The Bridge takes the opportunity to look back at the defining and most illustrious moments of her career.

Starting out on the 200-meter tracks, Das shot into the limelight with her stint at the 2017 Asian U-18 Championships that was held in Bangkok, Thailand. In the month of May that year, Das raced into the finals of the coveted tournament and finished at the seventh position on the list with a timing of 25.05 seconds. Soon after, 2017 had more in store for the Assamese sprinter. The then 17-year-old athlete made it into the finals of the Nairobi IAAF World U18 Championships in the month of July, where she clocked a commendable 24.39 seconds, finishing the tournament in the fifth spot. The sparks of brilliance were already beginning to gain force and the future had loomed bright for the young sprinter with an ever-positive attitude.

The stars had secretly begun to align for Hima Das in the year of 2018. In retrospect, Das was the talking point of that year with smashing performances at the most revered of athletics tournaments. The first hint of success in the long string of laurels for that year came with the Assamese sprinter’s performance in the 2018 Gold Coast Commonwealth Games. All of 18 then, Das shouldered the hopes of India only to finish in the sixth position with a timing of 51.32 seconds in the 400 meters category. Changing her course from her earlier 200-meter runs, Das focussed on the longer distance and tasted success better on it, in due course of time.

Hima Das secured a permanent place in the heart of the Indians when she bagged the gold medal honour at the Ratina Stadium in Tampere, Finland and put our country once again on the global map for athletics. Delivering an awe-inspiring performance, Das soon earned herself the title of the ‘Dhing Express’ as she cruised to the finish line with a timing of 51.46 seconds. In doing that, she became the first Indian athlete to claim a gold medal in a World Championship across all age groups.

So far in her career, the pinnacle moment of success for Das came during the 2018 Jakarta-Palembang Asian Games where the spirited sprinter from Assam came back with three medals clamouring in her grasp. The change from 200 meters to 400 meters had definitely proven itself to be more effective as Das soon showed her dominance on the tracks. During the Heat Qualifiers for the 400 meters, Das broke Manjit Kaur’s record and created a National Record of 51.00 seconds. Once through to the Finals, Das shattered her own record and raced to claim the silver medal with her best timing of 50.79 seconds. The powerhouse of an athlete turned out to be a key player in the relay events, in both Women’s and the Mixed Team categories. Das played an instrumental role in steering India towards gold medal victories in both the categories and cemented her position as a rising star for the ages in athletics.

Hima Das became viral during the months of July-August 2019 owing to a string of gold medal wins that edged the Indian media on to tout her as the golden girl. The internet practically broke over the success rate of the Dhing Express as she bagged five gold medals in a span of 19 days. Das, toured the European circuit and participated in the lower rung competitions on the World Championship ranking points system, introduced earlier in 2018 by the International Association of Athletics Federations (IAAF). While performing well in an Olympics or World Championships would have earned her more points, she performed in ‘E’ and ‘F’ category events, the last two in the ranking points system. As glittery might the medal haul sound, it wasn’t the best Hima has already known. However, the future does look promising for the talented sprinter. With the 2020 Tokyo Olympics beckoning, the newly turned 20-year-old has an exciting and eventful year ahead and we cannot be more excited for our power girl from Assam! 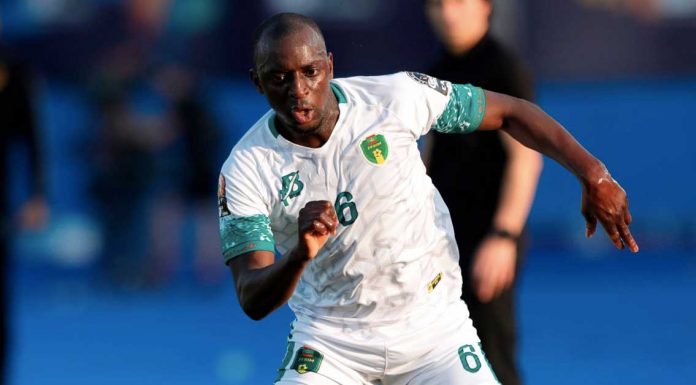 Sayan Chatterjee - Modified date: September 24, 2020
Indian Super League (ISL) outfit NorthEast United FC have bagged the signature of French-born Mauritanian midfielder Khassa Camara ahead of the new ISL season, the club has confirmed on Thursday. The 27-year-old joins the Highlanders on the back of five years in Greece at...
Read more