Anju Bobby George has not stopped dreaming yet She might have bid goodbye to international athletics more than 10 years ago at the 2008 Summer Olympics in Bejing. Her domestic career might have ended too after pulling out of the inter-state athletics in Hyderabad back in 2012. Still, India’s one of all-time greatest athletes, long jumper, Anju Bobby George has not been able to stop dreaming.

She along with her husband, coach, and mentor Robert started the Anju Bobby George Sports Foundation close to an year ago in Bangalore. It might not sound exceptional as many of the country’s former athletes have now been running their own training programme.

Then what is the difference between their training centres and Bobby Sports Foundation?

Anju believes she has Shaili Singh in her kitty.

And that is the reason, why the 42-year-old long jumper has not been able to say goodbye to long jump.

She has again started dreaming of her second innings in long jump by translating Shaili into a world-class athlete.

The 15-year old girl from Jhansi in Uttar Pradesh already has already created waves in the junior circuit after reaching as high as World No. 2 in the rankings. Speaking to The Bridge recently, Anju seemed overwhelmed while discussing the prospect of her best student.

“We saw her first time in the junior national event two years back. She was ordinary there in terms of performance on paper. But her physical structure as well as determination traced on the face while jumping, made us feel that Shaili belongs to a completely different class”

“God has sent her to become a world-class long jumper. I am sure she will break my national record of jumping 6.83 meters which have been unchallenged for 14 years,” exclaims Anju.

Shaili is the daughter of a single parent. Her mother is very encouraging and did not hesitate to send her only child to Bangalore when she was spotted. According to Anju, all six students in her Sports Foundation are talented. But Shaili is a gem. Commenting about her foundation Anju reveals, “We have taken land on lease from the state government for 20 years. The synthetic track will be provided by the Union Sports Ministry. All of the six trainees stay in Sports Authority of India (SAI) Kengeri.”

From athlete to sports administrator

After retiring from athletics Bobby George had a brief stint in sports administration also. She was one of the members in the Target Olympics Podium (TOP) scheme. She headed the President’s chair in the Kerala State Sports Council and was the executive member of ‘Khelo India’ project.

Except ‘Khelo India’ Anju’s involvement with the TOP scheme and Kerala State Sports Council is over. When asked about the prospect of ‘Khelo India’ project Anju explains, “It has got potential though some important areas of this project are to be worked out. Especially, right persons should be recruited and implemented to the proper finding area. Finding out a talented athlete is the primary key factor for development. You will be finding raw talent in between 12 and 15 years’ age. So spotting them is very crucial.”

Commenting on the TOP scheme, the bronze medal winner in 2003 World Championship clarifies, “Actually, the focus got diverted. We were looking forward to the 2018 Asian Games and became busy choosing sportspersons for the TOP scheme. But TOPS is meant for Olympics exclusively. So some problem in choosing the sportspersons began initially. Now it is again on the right track.”

Athens 2004: Most unfortunate part of my career

Anju Bobby George still cherishes her happy days. “I still wonder how I belonged to the world’s top eight for eight consecutive years. But it was not come-and-go. The result came out of a lot of hardship, sacrifice passion on the track. I also was fortunate to have an outstanding coach who steered me to such height.”

But one of the finest India’s track and field athletes, Anju also has regrets. She still believes the Russian athletes, alleged of having doped, stole medals at the Athens Olympics in 2004. “That was the most unfortunate part of my career.”

Although it is far-flung, Bobby George sometimes visualizes the moment that one day International Olympic Committee (IOC) will send her a mail stating, ‘You have been bestowed with the bronze in Athens 2004 as the third-ranked Russian’s bronze medal along with 4th and 5th ranked Russian have been scratched for involving in the doping.’ Anju Bobby George finished at the 6th place in her event at the Athens 2004 Olympics.

Deepti Martolia is a yoga instructor who has been practising and has over a decade’s worth of experience in yoga. She is also the...
Read more
131,124FansLike
12,185FollowersFollow
7,157FollowersFollow 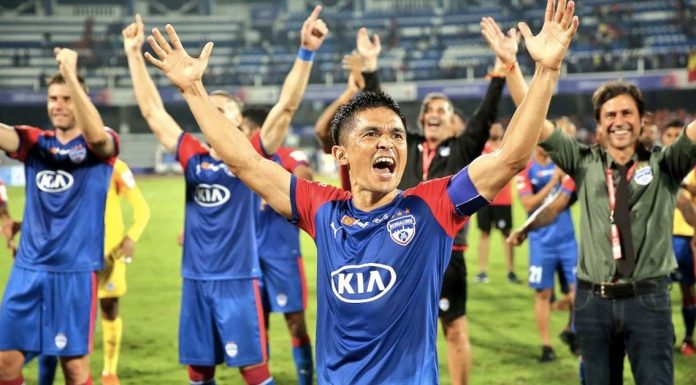