20-year-old Jyothi Yarraji, who hails from Visakhapatnam, Andhra Pradesh, scripted not only a new meet record but also a new national record on Monday. 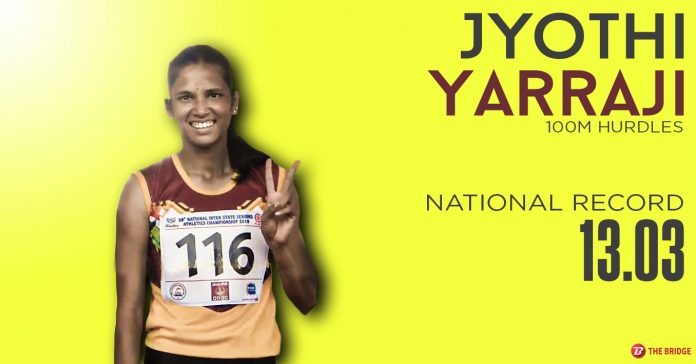 20-year-old Jyothi Yarraji, who hails from Visakhapatnam, Andhra Pradesh, scripted not only a new meet record but also a new national record on Monday at the 80th All India Inter-University Athletics Championships being held in Moodbidri, Mangalore, Karnataka. The youngster bagged gold in 100m hurdles for women in 13.037 seconds, seeing off her closest rival Sapna Kumari of Vinoba Bhave University, Hazaribag.

With this timing, Jyothi bettered the previous meet record of 13.72 seconds mark held by G Gayathri of University of Madras. She also broke the old national record of 13.38 seconds set by Anuradha Biswal back in 2002 during the DDA-Raja Bhalendra Singh National Circuit meet in New Delhi.

Also read: Santhi Soundarajan – Story of her past torments to present struggles

Born in a humble background, Jyothi’s father works as a private security guard while her mother is a domestic maid. Jyothi first shot to limelight when she bagged the gold medal in the 59th National Inter-State Senior Athletics Championship organised in Lucknow last year in August. Her first gold medal at the national level though came at the 32nd National Junior Athletic Championship when she clocked 14.92 seconds in Coimbatore in November 2016. She then followed it up with an impressive run of performances through 2017.

The tall and lanky athlete is currently training under foreign coaches Olympian Seef Le Roux of South Africa is among the coaches imparting training at the COE. Michael Vassel and Adri Schoeman at the Acharya Nagarjuna University. The campus, which has world-class facilities, including an Astroturf track, houses the Centre of Excellence (CoE), as part of Project Gaandiva, an initiative of the Sports Authority of Andhra Pradesh (SAAP) and Tenvic Sports. She is among the 50 other athletes being trained by international coaches.

If Jyothi can continue her sparkling run, India might have a champion hurdle-runner in the future. 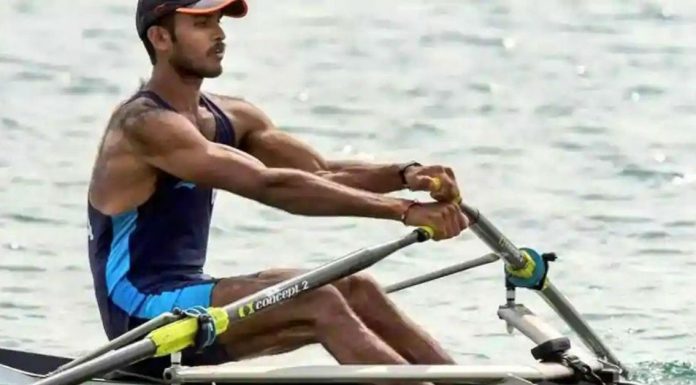