Guwahati: Assam Football Association (AFA) is all set to host the 2022 FIFA World Cup qualifier match between India and Oman in Guwahati. The match is scheduled to be held at the Indira Gandhi Athletic Stadium on September 5.

AFA president Naba Kumar Doley said that they are excited to host the match which will be a landmark for the city and the region in its football history.

“We have already started the preparation for the match with the help of the state government. We have already formed a core committee and also a separate body for the publicity, which is also very important. I’m sure it will be a houseful event,” Doley said on Wednesday addressing a press conference.

Earlier on Monday, Indian football team coach Igor Stimac has already named 34 probables for a training camp ahead of the Oman match. The Indian team was handed a comparatively easy draw for the World Cup second round Asian qualifiers, being clubbed with Qatar, Oman, Afghanistan and Bangladesh in Group E.

Member, Secretary State Level Advisory Committee for Students and Youth Welfare, Lakhya Konwar, who was also present during the meeting and the press conference, said that they also want to involve the other northeastern states.

“This will be a great moment not just for Guwahati but for all the NE states. So, there will be a meeting with all the state football bodies after August 15 so that they also all get their part to get involved in this event,” Konwar said.

Konwar also said that they would also try to involve all the former players and football clubs which are working towards the promotion of the game in the state.

With the presence of a good number of northeastern players in the team, it is expected that the stadium of around 22,000 capacity will be jam-packed.

“We also have a great fan following of Sunil Chhetri here in Guwahati and other places. Apart from that, we have a FIFA world cup qualifier. So, seeing all these aspects, we are expecting a house full on the match day. We will keep the ticket prices at a very minimum rate,” Konwar added.

On the assistance from the state government, Konwar said that the chief minister Sarbananda Sonowal himself being a sports enthusiast has vowed to do any kind of work to make it a successful event.

Mohun Bagan's third goal in their 3-0 away win on 22 February featured 23 successive passes across the length and breadth of the pitch before Komron Tursonov slammed the ball home to end the exquisite move on the perfect note.
Read more
129,480FansLike
11,145FollowersFollow
6,714FollowersFollow 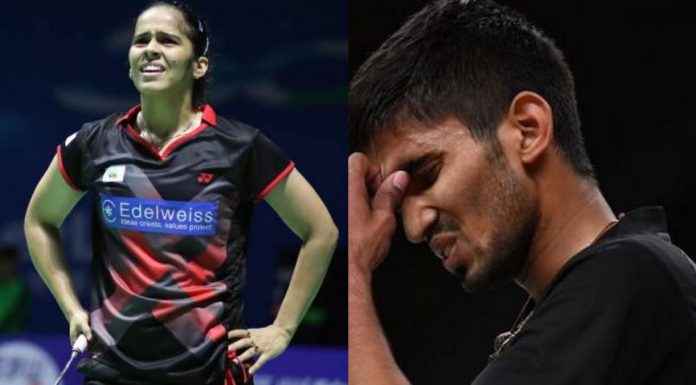 The Bridge Desk - February 27, 2020
Postpone of German Open super BWF 300 tournament due to the threat of coronavirus has affected the chances of Saina Nehwal and Kidambi Srikanth to qualify for the Olympics.
Read more