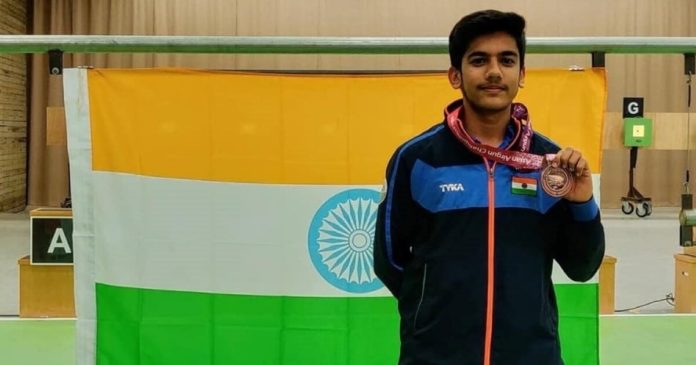 Aishwary shot a total of 449.1, which earned him the third position, behind Korea’s Jonghhyum Kim and China’s Zhonghao Zhao.

With Aishwary’s quota win, India’s total shooting quota for Tokyo 2020 Olympics stands at 13, highest ever for the country. India had earlier sent a maximum of 12 shooters at the Olympics, which happened at the Rio Olympics in 2016.

Aishwarya hails from an agricultural family in Khargone, Madhya Pradesh. His father works as a farmer The only person who pursued shooting in his family was his cousin Navdeep Singh Rathore. It was him who had inspired the 18-year-old to reach the camp in 2015 where he was spotted by Vaibhav and others.

In this event, Sanjeev Rajput had earned a quota earlier at the ISSF World Cup in Rio. A total of three Indians were in the fray today for getting Olympics quota. Aishwary qualified for final with 1168 at 4th position. While Chain Singh finished at 17th and Parul Kumar 20th and failed to qualify for the final.

Cut to July 2019, he hit a 10.4 in his last shot in the finals of ISSF Junior World Cup to finish with world record score of 459.3 in the same event, going past 458.7 set in the Beijing World Cup earlier this year set by Filip Nepejchal. His gold was not just an individual feat, it also helped India finish the competition on top of standings with a total of 24 medals including 10 gold. China finished second with a similar tally of 24 medals but with 8 gold. 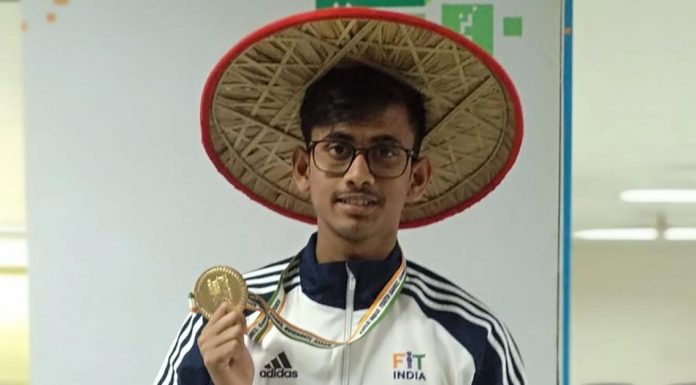 Team Bridge - January 19, 2020
West Bengal's swimmer Swadesh Mondal has had a successful Khelo India Youth Games in Guwahati with gold each in 100m Breast Stroke and 400m Medley in the U-21 category. Mondal, who clinched gold at the Asian Pacific Youth Games last year, is...
Read more