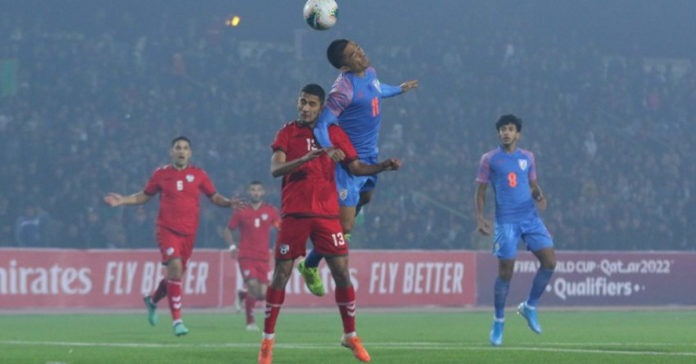 The Indian football team faced Afghanistan in a key away game for the FIFA 2022 World Cup qualifiers and ended up drawing the game 1-1 thanks to a late goal from Seiminlen Doungel. The Blue Tigers went into the match having secured only 2 points from their 3 group games and knew they had to get a win at any cost to keep their hopes of qualification alive. On the other hand, Afghanistan had blown hot and cold throughout the qualifiers but was tipped as the favourites to win the game, which they eventually did.

Played at the freezing Pamir Stadium in Tajikistan, a neutral venue India started the game brightly and dominated the possession in the opening 15 minutes or so. Led by Sunil Chhetri, the Indians bossed the midfield and looked to make an early breakthrough but that never happened. After sitting back and taking a measure of the Indian side, the Afghanis came out of their shell and started bossing the tempo of the game.

Igor Stimac’s decision to restrict Brandon Fernandes in the defensive midfield role along with Pronay Haldar stifled India’s attacks going forward as the Blue Tigers looked bereft of ideas. Both Ashique Kuruniyan and Udanta Singh failed to make any substantial contribution to the cause, as long balls and nervy tackles became more and more common for the Indian side. Adil Khan’s gallant defending saved the blushes for the Blues on more than one occasion, but right on the stroke of half-time Zalfy Narzary pounced on a brilliant ball from David to make it 1-0 for the Afghans.

The second half started on a similar note as Stimac subbed the striker Farukh Chowdhury for left-back Mandar Rao Desai at the break. The Blue Tigers shifted to a 3-man defence, which surprisingly provided a lot of room for the midfielders to play their natural game. Despite having all the momentum, the Blues failed to produce a final pass of note and almost every attack broke down in the final third.

Feeling the pressure, Stimac bought in attacker Seiminlen Doungel for the defender Pritam Kotal as the Indians kept piling the pressure on the Afghan side. It finally paid dividends as Brandon Fernandes set Doungel up for the equalizer late in added time to make it 1-1 for the Blues. It was, however not a performance to be really proud of and one might think Stimac and the players should have put in a far better show than they did. 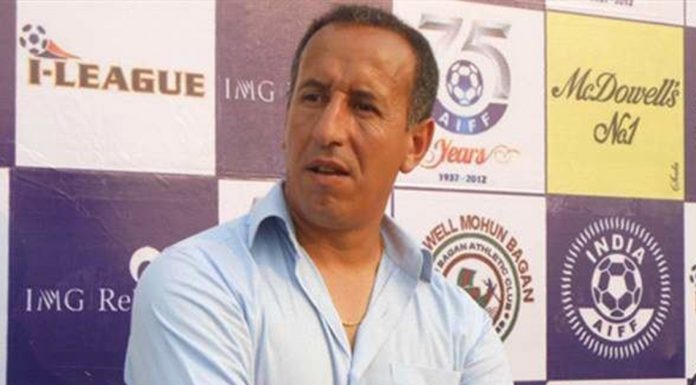