2019 World Wrestling Championships: History of India at the Worlds 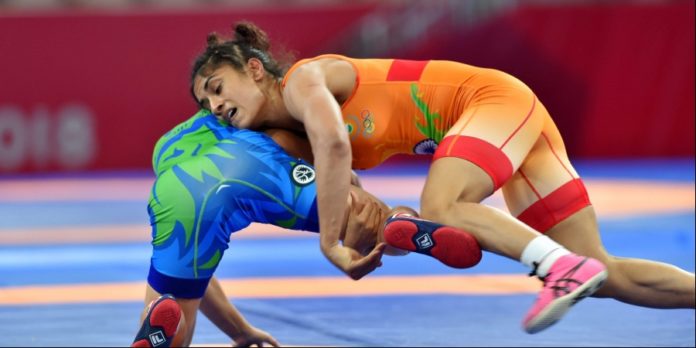 Although the history of the World Wrestling Championships dates back to the beginning of the twentieth century, the Greco-Roman style event that began in 1904 did not arguably feature enough teams to be classified as a truly global event.

A few Western European countries like Austria, Germany, Finland, and Sweden hosted the tournament on more than one occasion until 1953 – when for the first time, the Championships moved south of the continent, to Italy.

The Naples edition marked the beginning of a new chapter in the history of the Men’s Championships – one nation was to dominate the sport of wrestling like never before.

Up until 1922, a handful of European nations took part in the event and there were no World Championships held until 1950 when the Swedes hosted the tournament and reigned supreme – but it was the Soviet wrestlers who asserted their authority in 1953 and continued an unbelievable run of victories for almost four decades until the USSR ceased to exist in 1991.

The Russians, however, held the torch aloft with aplomb and continued the golden run in the Greco Roman – and also the Freestyle championships which had begun in 1951.

Nations like Iran and Japan kept the Asian flag flying high before and after the combined tournament began in 2005 – the World Championships as we know it today.

In fact, the Japanese women outdid their male counterparts and emerged as a force to reckon with from the time the Women’s Freestyle event began in 1987, but the Russians have continued to impress and won both the Men’s Freestyle and Greco-Roman events last year.

India at the World Championships

Sushil Kumar, Bajrang Punia, and Geeta Phogat are just some of the names that come to mind when the subject of Indian wrestling is brought up – but it was an Army man from Hisar who won the country’s first-ever medal in the prestigious event back in 1961.

Udey Chand bagged the bronze medal in the Men’s 67-kilogram category and thus became the first wrestler to be conferred the Arjuna Award.

India hosted the Men’s Freestyle event in 1967 -, and it was in Delhi that Bishambar Singh went a step further and a nation celebrated its maiden World Championship silver medal.

Sushil Kumar made headlines for his gold-medal winning performance when he defeated local boy Alan Gogaev in the 2010 World Championships in Russia.

In the 2012 edition of the Championships in Canada, both Babita Kumari and Geeta Phogat earned a bronze each in the 51 and 55-kilogram categories respectively while Ramesh Kumar won bronze in the Men’s 74-kilogram category.

A distinct phase of resurrection followed with Bajrang Punia and Sandeep Tulsi Yadav winning bronze for India in the 2013 edition of the tournament while Haryana teenager Amit Kumar Dahiya lost the gold medal to Iranian grappler Rahimi Hassan Farma – who he had got the better of in the London Olympics the previous year.

Narsingh Pancham Yadav added another bronze to India’s tally by winning the 74-kilogram Freestyle event in 2015 and introduced the world to the indigenous “Dhak” move which his French opponent had no answer to in the medal match.

While Yadav’s controversial trials and tribulations did not allow him to spread his wings any further, Bajrang Punia added another feather to his cap by winning silver in the 65-kilogram category last year while Pooja’s Dhanda’s bronze took India’s overall World Championship medal-count to 13.

Indian men and women have together won one gold, three silver, and nine bronze medals and will no doubt look to consolidate the numbers in the 2019 edition of the World Championships which will take place from September 14 to September 22 in the Kazakh city of Nur-Sultan.

Bajrang Punia is the top-seed in the 65-kilogram category while Sushil Kumar, Vinesh Phogat, and Sakshi Malik will aim to come good in the tournament that also offers Olympic berths. Press Trust of India - February 22, 2020
"There would be seven matches between four teams in the women's IPL and Jaipur is likely to host them," a senior official has said.
Read more