Home Tokyo 2020 Sakshi Malik's Olympic dreams not over as she gets chance at Asian...
Tokyo 2020What's LatestWrestling

Sakshi Malik’s dream to compete at the Tokyo Games is still alive with Wrestling Federation of India (WFI) deciding to hold fresh trials in two categories to pick women wrestlers for the Asian Olympic Qualifiers.

Two-time Cadet World champion Sonam Malik had defeated Sakshi during the 62kg trials but since she could not win a medal at the Asian Championship, the WFI has given Rio Olympic bronze medallist one more chance to book her place in the Indian team.

The Asian Qualifying event will be held in Bishkek, Kyrgyzstan from 27 to 29 March. The event was originally scheduled to be held in Xian but was moved out due to outbreak of Coronavirus in China.

“We have made a decision. The trials will be held in 62kg and 76kg on 26 February in Lucknow for women. These are the only categories which could not win any medal. We have also decided to hold fresh trials for 60kg category in Greco Roman style,” said WFI Assistant Secretary Vinod Tomar.

The WFI had made it clear before the start of the championship that if required, it may hold fresh trials in categories where the performance will not be up to the mark.

Kiran (76kg) and Sonam were the only wrestlers who returned without a medal as Indian team won eight medals at the championship, its best ever performance. Sonam, though, fought well against heavyweights in her category even as Sakshi competing in non-olympic 65kg, won silver in a weak field.

“It would be good if WFI holds trials,” Sakshi had said after losing the final to Japan’s Naomi Ruike.

Sakshi has been struggling since winning bronze medal at the Rio Games, largely playing defensive and losing bouts in the last few seconds. The development means that Anshu Malik has shut the door on both 2018 World Championship bronze medallist Pooja Dhanda and Sarita Mor in the 57kg category. The young wrestler gave a good account of herself during her bronze-winning show.

Both arms amputated at 11, Chandeep Sudan is now a national-level skater 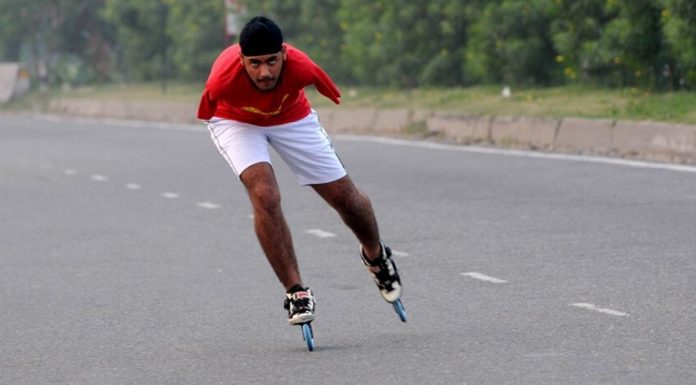 Srijanee D. Majumdar - Modified date: March 27, 2020
When Chandeep Singh Sudan lost both of his arms in a deadly electric shock measuring almost 11,000 volts at age 11, he feared he’d never walk again. Ten years later, he is able to walk, run, and yes, skate -- what looked like a...
Read more