Gurpreet, after the initial exchange of grips, went for his moves, bouncing Burhan around at will, literally toying with the idea of victory.

Indian wrestler Gurpreet Singh’s domination of the 82kg Greco-Roman category at UWW Rome Ranking Series event was summed up by the way he went about his business in the final bout against Burhan Akbudak of Turkey.

He scripted history by becoming the first Indian to win a Ranking Series level gold in the Greco-Roman category. Gurpreet, after the initial exchange of grips, went for his moves, bouncing Burhan around at will, literally toying with the idea of victory. The Turkish was so unsettled that it seemed he had lost his bearings, when the referee finally whistled announcing the end of the bout, with Gurpreet earning an 8-5 to win gold on Thursday. It is, however, noteworthy that Gurpreet advanced to 82kg non-Olympic category at the eleventh-hour of the event as his regular category in 77kg.

Gurpreet started off with a 5-0 decimation of American John Walter Stefanowicz in the semi-final bout. He didn’t waste any time against his quarterfinal opponent either, Dmytro Gardubei of Ukraine, by technical superiority.

India had one more reason to cheer as another Greco-Roman wrestler Sajan Bhanwal pocketed a bronze medal for the country in 77kg. Sajan prevailed over Emrah Kus of Turkey by fall to walk away with bronze. This was the third medal for the country in the Greco-Roman category after Sunil Kumar bagged a silver in the 87kg category on Day 1 of the event.

Anshu Malik’s dream of reclaiming victory in the 57kg gold medal bout at the event remained unfulfilled on Thursday after rival Odunayo Adekuoroye of Nigeria got the better of the Indian to beat her 10-0. The 18-year-old looked out of sorts as she was no match to the Nigerian and finally settled for a silver medal in what was her debut UWW Ranking Series event.

Anshu made it to the finals of 57kg in the senior category after defeating Jenna Rose Burkert of the USA 10-0 in a high-octane one-minute clash. Earlier, she had vanquished 2019 World Champion Linda Morais after having registered a sensational victory against Grace Bullen of Norway in the last three seconds in quarters.

Linda, who had won gold at Nur-Sultan World Championships in 59kg, has now moved up to 57kg in order to book a berth for the Tokyo Olympics. Her fast-paced bout with 2019 Asian Junior Champion Anshu had the fans on the edge of their seats as Anshu outshined the Canadian in an intense bout.

Can Vinesh Phogat make a golden start to the year?

Day 3 will feature a blend of some high-octane action and nerve-wracking encounter as fans wait with baited breaths to catch India’s biggest medal prospect Vinesh Phogat live in action. The 2018 Asian Games gold medallist Vinesh will take on World Number 4 Qiyanu Pang of China in the 53kg category later today.

Among other Indian women wrestlers in the fray, Nirmala Devi will be seen in action after a long gap. The 32-year-old will look forward to using this opportunity to prepare for the Asian Wrestling Championships & Asian Olympic Qualifiers.

The men’s freestyle event is set to begin today with Satyawart Kadian (97kg) and Sumit Malik (125kg) taking on the mat. In the 97kg category, Kadian will have to face the likes of 2016 Olympic champion Kyle Snyder, Under 23 World Champion Bo Nickal and various other established names of the world wrestling.

Are you doing it right? – Burpee 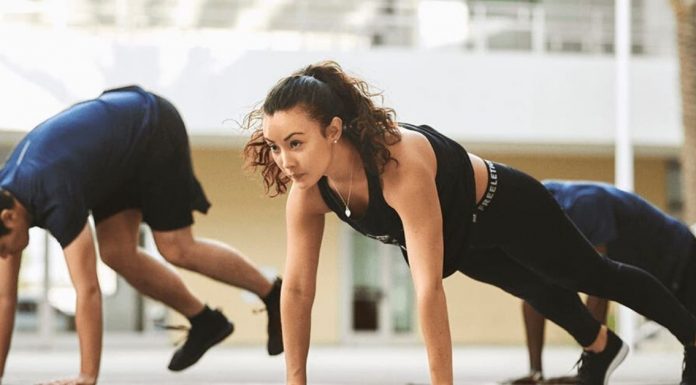 Suraj Iyer - Modified date: July 13, 2020
Many people in the fitness community have a love-hate relationship when it comes to Burpees. Burpee is a total body cardiovascular and strength exercise that is a great option for anyone looking to squeeze in an exercise for 2-3 minutes or even as a...
Read more